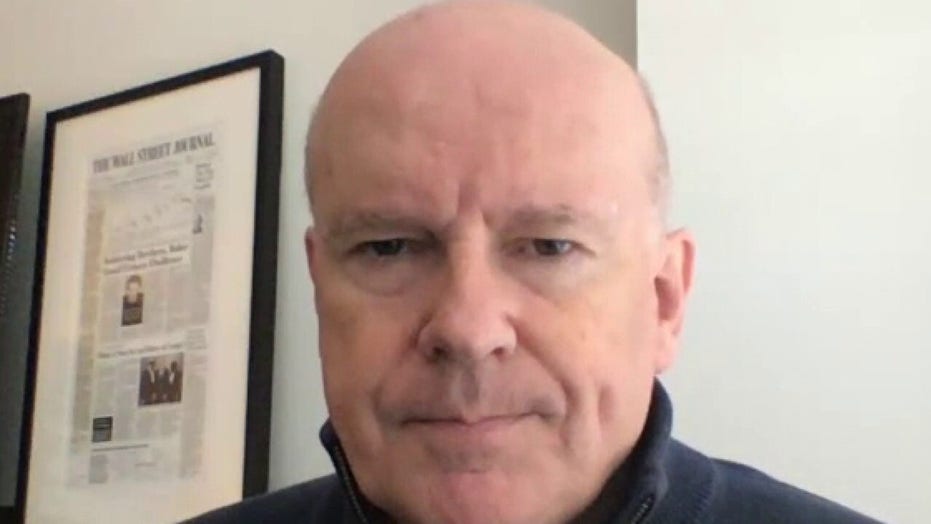 RBG death will be one of 'strongest tests' for America: Gerry Baker

Wall Street Journal Editor at Large Gerry Baker discusses how Justice Ruth Bader Ginsburg's death will test the strength of the nation and breaks down on Joe Biden's tax plans.

Judge Amy Coney Barrett's name has popped up each time President Trump has had to pick a new Supreme Court nominee, and there is once again buzz about Coney Barrett since Trump may choose to nominate a replacement for the late Ruth Bader Ginsburg.

Coney Barrett, 48, has been on Trump's list of potential nominees since 2017. Picking her would keep the male-female ratio on the Court the same, although it would throw off the balance of liberals and conservatives among the justices.

Coney Barrett began teaching at Notre Dame Law School in 2002 before being confirmed as a judge on the U.S. Court of Appeals for the Seventh Circuit.

Her 2017 confirmation to the federal bench was contentious, with several Democratic senators questioning whether her Catholic faith — expressed in prior speeches — would influence her jurisprudence.

"The dogma lives loudly within you, and that's a concern," Sen. Dianne Feinstein, D-Calif., said.

Barrett responded; "It's never appropriate for a judge to impose that judge's personal convictions, whether they arise from faith or anywhere else, on the law."

Barrett was a former law clerk for the late Justice Antonin Scalia from 1998 to 1999. She and her husband, Jesse Barrett, have seven children.