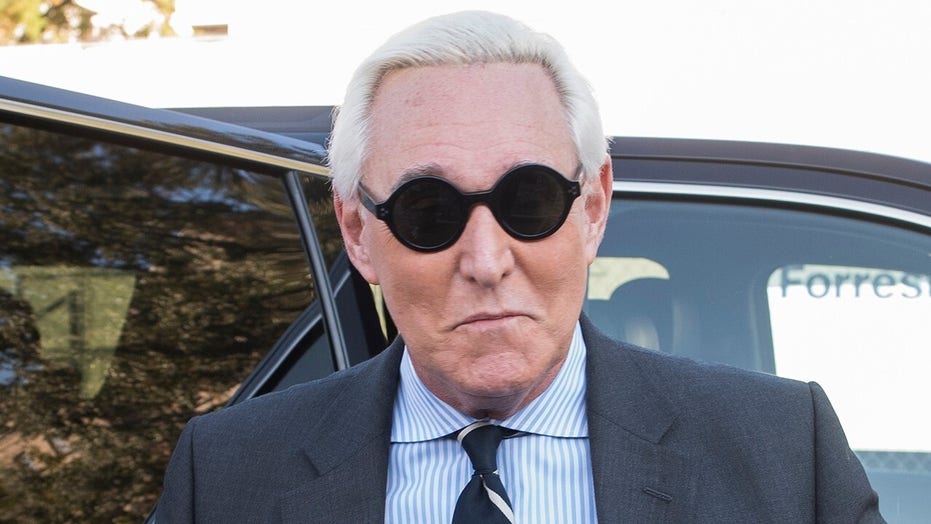 Roger Stone sentence: How the judge decided on 40 months in prison

The judge presiding over Roger Stone’s case agreed with senior Justice Department leadership on Thursday that the original sentence proposal for the GOP operative was excessive -- amid a clash inside the DOJ over his sentencing.

U.S. District Judge Amy Berman Jackson, who sentenced Stone to 40 months in federal prison on Thursday, said the original sentence proposed last week by federal prosecutors of 87 to 108 months was steep given the charges.

Jackson called the 40-month sentence delivered Thursday “substantial” for the charges of obstruction, witness tampering and making false statements to Congress on charges that stemmed from former Special Counsel Robert Mueller’s investigation. Stone was not charged with any underlying crime of coordinating with Russia during the election though Mueller's team investigated Stone over tweets claiming to be in touch with WikiLeaks founder Julian Assange.

Barr’s intervention led to all four members of Stone’s prosecution quitting the case.

On Thursday, prosecutors maintained that a “significant period of incarceration” was in order for Stone.