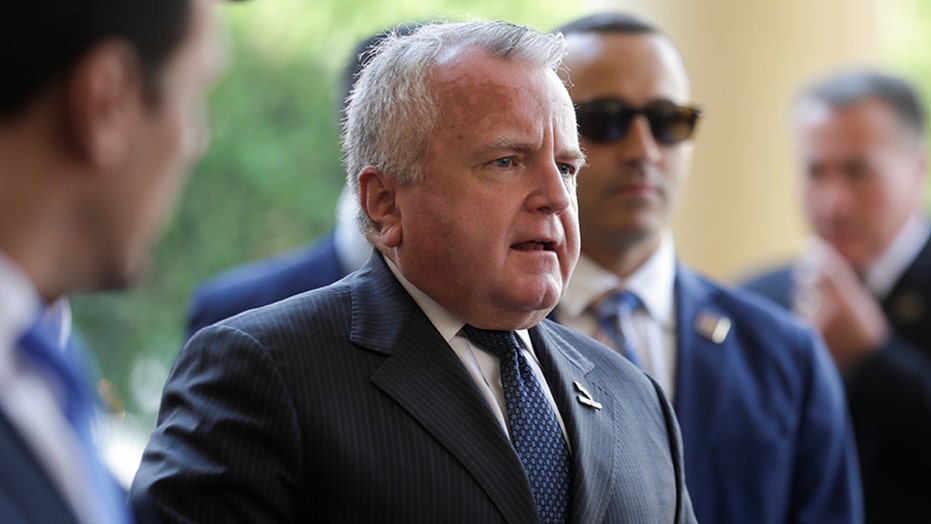 John Sullivan, the Trump-picked U.S. ambassador to Russia, arrived in Moscow last week at a time of strained relations between the two countries and thinning resources for the State Department, but his former colleagues say he is up to the challenge.

A lawyer by training, Sullivan served under both Bush administrations before becoming Deputy Secretary of State in 2017. He stepped down from that post last month to replace Jon Huntsman, who resigned as ambassador in August.

At his state post, Sullivan experienced budget cuts, numerous vacancies and leadership shakeups, which is why former colleagues say he is well-equipped to take on his tough new assignment.

Sullivan also comes from a family of diplomats. His uncle William Sullivan was U.S. ambassador to Iran when the country underwent a revolution and was taken over by militants. A contentious relationship with the White House led to him being recalled by President Jimmy Carter.

But Sullivan is perhaps best known as being the State Department official who told former U.S. ambassador to Ukraine Marie Yovanovitch in May that she was being recalled because President Donald Trump had lost confidence in her.

A former diplomat who spoke to The Washington Post on condition of anonymity said there are some in the community who thought Sullivan was too passive amid Yovanovitch’s ousting, given the similarities in his family’s history.

But Sullivan says he is not losing any sleep over the matter, calling it an honor that the president picked him to represent the U.S. in Moscow.

“And if for some reason he should lose confidence in me, it’s the price of admission to be an ambassador,” Sullivan said. “I serve at his pleasure, and if he is no longer pleased with my service, I will be brought home.”