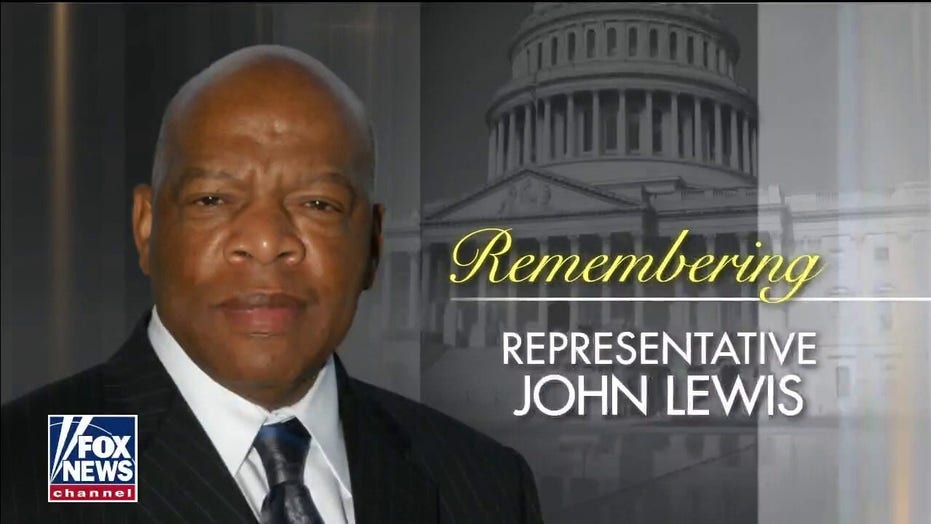 The late Rep. John Lewis, D-Ga., has been honored by the nation through memorial celebrations all week, but Lewis himself has one final message in the form of a letter to the nation that was published by The New York Times Thursday morning.

The letter, which can be read in full here, contains a message of hope for the future, as Lewis said he was inspired by those who have stood up for equality after the death of George Floyd on May 25 while in the custody of Minneapolis police.

"While my time here has now come to an end, I want you to know that in the last days and hours of my life you inspired me," Lewis wrote. "You filled me with hope about the next chapter of the great American story when you used your power to make a difference in our society."

Lewis, an icon of the civil rights movement whose funeral services are being held Thursday, recalled the experiences of his youth, saying that the lynching of Emmett Till in 1955 was his George Floyd moment.

PHOTOS: THE LIFE OF JOHN LEWIS

"In those days, fear constrained us like an imaginary prison, and troubling thoughts of potential brutality committed for no understandable reason were the bars," Lewis said.

He recalled how hearing the words of Dr. Martin Luther King Jr. impacted him by inspiring him to stand up to injustice while committing to nonviolence. Lewis encouraged others to take up the same cause, noting the significance of voting.

"When historians pick up their pens to write the story of the 21st century, let them say that it was your generation who laid down the heavy burdens of hate at last and that peace finally triumphed over violence, aggression and war," Lewis wrote. "So I say to you, walk with the wind, brothers and sisters, and let the spirit of peace and the power of everlasting love be your guide."