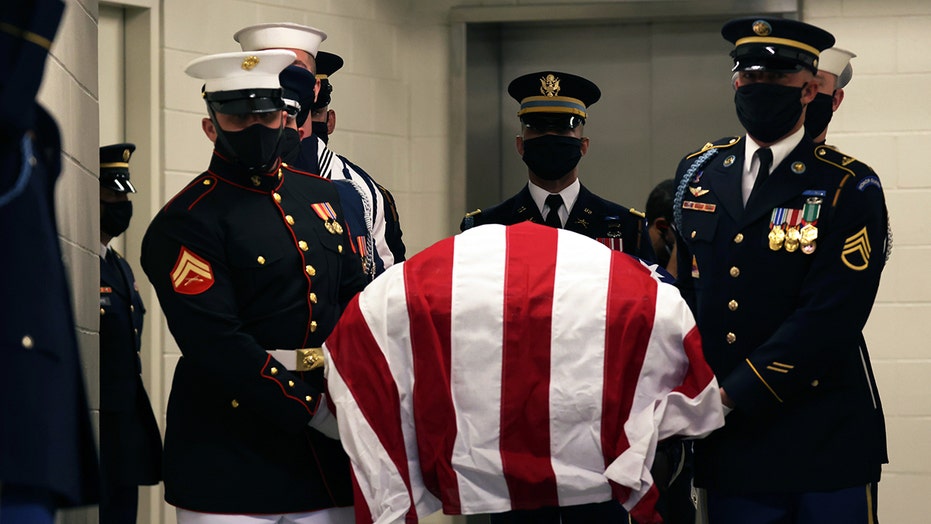 Former Presidents Barack Obama, George W. Bush and Bill Clinton are expected to be in attendance at the funeral of late Rep. John Lewis, D-Ga.

Lewis’ funeral will be held at Ebenezer Baptist Church in Atlanta, the church once led by Rev. Martin Luther King Jr. With multiple presidents in attendance, first reported by WGCL, security will be tight, with a heavy Secret Service presence.

Obama will deliver the eulogy and Bush will also be speaking, Fox News is told.

Other elected officials are expected to attend the service, which will begin at 11 a.m.

Lewis, a congressman for 33 years and civil rights icon, lay in state at the U.S. Capitol from Monday until Wednesday, where lawmakers and the public were able to pay their respects.

On Wednesday, he was brought to Atlanta to lie in repose at the Georgia State Capitol where residents can view his casket from 3 p.m. to 7 p.m. and 8 p.m. to 10 p.m. His body will remain in the Capitol until Thursday when it will be transported for the funeral.

Presidents Trump and 95-year-old Jimmy Carter were the only living presidents not reported to plan to attend the funeral. But, last week, Trump tweeted condolences for Lewis.

"Saddened to hear the news of civil rights hero John Lewis passing. Melania and I send our prayers to he and his family," Trump tweeted. He later told reporters he would not be visiting Lewis’ casket at the Capitol.

Lewis was no fan of Trump. He sparked a boycott of his inauguration in 2017 and said the president-elect was not a "legitimate president." Lewis said Russians destroyed the candidacy of Hillary Clinton and helped Trump win the election.

The Georgia Democrat died at 80 last week after a battle with pancreatic cancer. Lewis was already a major civil rights figure by the time he made it to the House in 1987: In 1961, he was one of the original 13 activists who participated in the Freedom Rides, and in 1963, he was one of the keynote speakers at the historic March on Washington. His death provoked a bipartisan outpouring of condolences.