Democratic 2020 hopeful John Delaney said it was "un-American" for President Trump to want to view "dirt" on his political rivals from foreign governments on "The View" Thursday, and told Republican lawmakers to stand up to the commander-in-chief.

"Well it’s un-American," Delaney said. "I mean that’s the really simple way of thinking about it. It’s un-American. It’s unpatriotic. I think it’s against the law. But putting aside the law for a second, it is completely un-American. This is an example, if he was one-quarter of the man Sen. [John] McCain was, we would never have to have this conversation for example."

Trump said if he was approached by a foreign government he'd be open to hearing opposition research on his opponents, during a Wednesday interview with ABC News' George Stephanopolous.

Delaney claimed the GOP has deteriorated since the death of John McCain and lacks the courage to oppose the president on major issues.

NO ROOM FOR MODERATES IN 2020 DEMOCRATIC FIELD?

"No one has the courage of their conviction to actually step forward and say the right thing," he said. "Now is a moment where leaders need to step forward, whether you’re a Democrat, Republican, independent, it doesn’t matter, and say it is un-American for a sitting president to make an offer to collude with a foreign government." 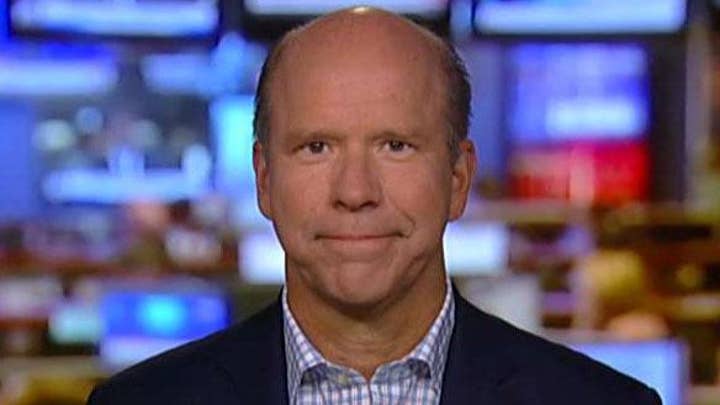 Delaney was asked if GOP leaders should also be considered un-American for supporting Trump, and he referred to them as "enablers."

"Well, they’re enablers, let’s put it that way," he concluded.