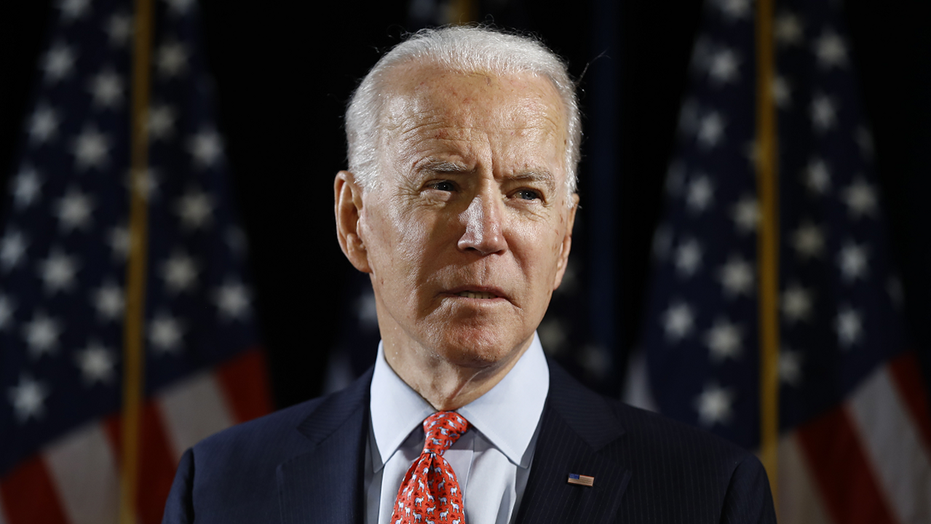 “I would get much more engaged in the world, we can’t step back,” Biden said. “If in fact, for example, we solve the problem in the United States of America and you don’t solve it in other parts of the world, you know what’s going to happen?”

When asked if he was vulnerable because of his son Hunter’s business dealings in China, he said he didn’t believe so at all. He said his son’s business dealings “have nothing to do” with him, and claimed that President Trump owes millions of dollars to the bank of China, a since-debunked claim.

“I mean, this is all about whether or not we are going to be able to coexist with the largest and biggest population in the world and make sure we are the ones who set the standards,” he continued.

On Friday, Politico published a story claiming the president owes “millions to the bank of China,” adding that “the loan is due soon.”

TAMMY BRUCE: WILL DEMOCRATS ADJUST MOTTO TO 'BELIEVE ALL WOMEN, EXCEPT THIS WOMAN?'

On Monday, Politico released an editor’s note saying “new reporting and information have led us to update and correct the article after publication.”

“The article cited a nearly $1 billion refinancing deal from several banks, including the Bank of China, struck in 2012 with a New York City real estate venture in which the Trump Organization has a substantial minority interest,” Politico wrote. “We reported that President Trump, through the Trump Organization, owes the Chinese state-owned bank tens of millions of dollars on a loan that comes due in 2022.”

The editor’s note said it received a statement from the Bank of China USA, which the publication had not contacted beforehand, that the bank had sold off its debt shortly after the 2012 deal. “A spokeswoman said the bank has no current financial interest in any Trump Organization properties.”