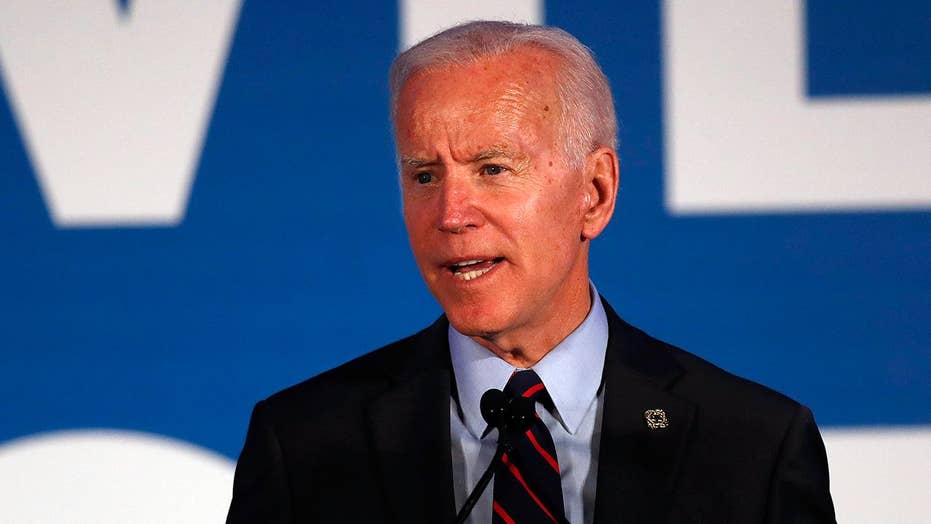 Joe Biden's reversal this week on the Hyde Amendment regarding abortion funding was a surrender to the “exceedingly radical” wing of the Democratic Party, American Conservative Union chairman Matt Schlapp argued Friday on Fox News' "Hannity."

Biden said Thursday he could “no longer support" the amendment, which he had backed as recently as Wednesday, saying it makes a woman's right to an abortion "dependent on someone's ZIP code.”

“The saddest thing of all,” Schlapp told "Hannity" guest host Dan Bongino, "is to watch him stumble through that statement. Clearly, he doesn’t know what to say or what to do.”

Matt Schlapp, left, had some sharp words to say Friday regarding Joe Biden's reversal on the Hyde Amendment.

Schlapp added that abortion “is not health care” and said the Supreme Court's 1973 Roe v. Wade decision, which legalized abortion nationally, doesn’t mean taxpayers should have to pay for abortion services.

Biden, a Roman Catholic, had long supported the Hyde Amendment and has said he personally opposes abortion. So his reversal this week smacked of political expediency, Schlapp argued.

“This is an open-borders, Green New Deal, socialist Democratic Party that believes in post-birth abortion, late-term abortion,” Schlapp said. “They are exceedingly radical and Joe Biden is trying to go along to get that brass ring.”

“This is an open-borders, Green New Deal, socialist Democratic Party that believes in post-birth abortion, late-term abortion. They are exceedingly radical and Joe Biden is trying to go along to get that brass ring.”

“Joe Biden is Puppet Boy,” McEnany said. “There is someone pulling his strings. It’s pathetic. He has no convictions, no principles, no message.”

She said actress Alyssa Milano -- who tried to prevent passage of Georgia's pro-life law -- and low-level Biden staffers appeared to have steered the former vice president away from “whatever principles he had left.”

“This is quite a modest thing to be for,” Schlapp added. “They have become radicalized. This is not your grandfather’s Democratic Party.”