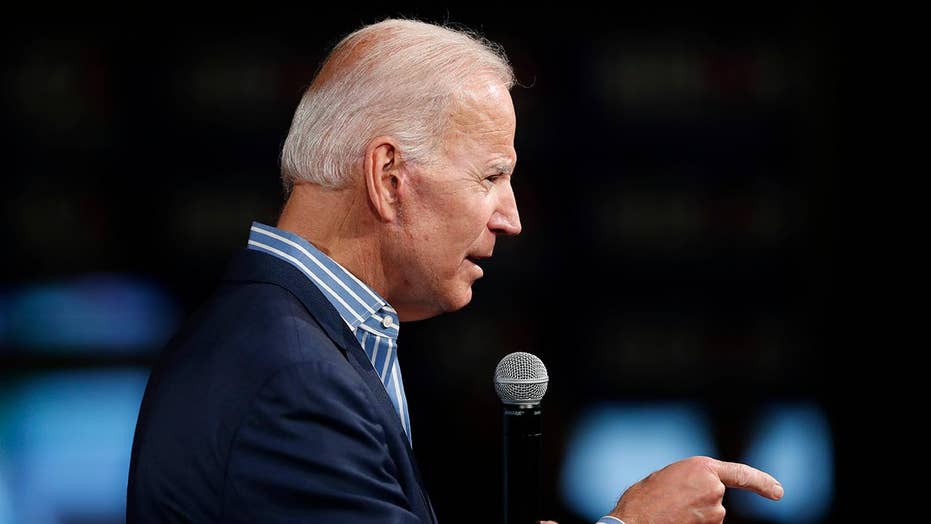 When Joe Biden first ran for president three decades ago, the then-44-year-old Delaware senator jumped to the top tier of the Democratic field.

His campaign collapsed a few months later. Oddly, the end came during perhaps the most consequential achievement of his career — the defeat of Judge Robert Bork’s nomination to the United States Supreme Court.

The concurrent dramas in September 1987 were not coincidental. Certainly, they didn’t seem so to the Senate Judiciary Committee chairman who presided over the Bork hearings while an avalanche of plagiarism, lies, and videotape buried his White House bid.

“You all have been writing that ‘Biden's first primary is the Bork nomination,’” a testy Biden told reporters at the time. “I know every one of my opponents in one form or another has been saying, ‘Geez, I'm not sure I want Bork to win, but I'm not sure I want Biden to do well either.’"

The epic Bork battle and simultaneous Biden implosion are recounted in the full-length documentary “Borked” —now on the Fox Nation streaming service.

The first blow to candidate Biden came on the eve of the Bork hearings. A videotape surfaced showing Biden in an Iowa debate plagiarizing remarks supposedly about his own family.

“I started thinking as I was coming over here,” Biden had told the debate audience, “‘why is it that Joe Biden is the first in his family ever to go to a university?’”

But Biden was reciting a speech by British Labor Party leader Neil Kinnock who posed the rhetorical question, “Was it because all our predecessors were thick? Those people who could sing and play and recite and write poetry?”

Biden’s version went, “Is it because our fathers and mothers were not bright? Those same people who read poetry and wrote poetry and taught me how to sing verse?”

Kinnock said his forebears “could work eight hours underground, and then come up and play football.” Biden one-upped him. The senator’s ancestors worked in the coal mines 12 hours and played football for four.

Sen. Joseph Biden Jr., D-Del., holds a news conference in Washington on Sept. 23, 1987, to announce he is withdrawing from the Democratic race for the presidential nomination. Biden's wife, Jill, listens to the announcement. (AP Photo/Ron Edmonds)

“Biden got over-enamored with the damn thing,” said Pat Caddell, who was a Biden campaign aide in 1987. “You can look at the tape and see Kinnock saying one thing and Biden quoting it word-for-word — and performing it like Kinnock.”

Just days after the Kinnock story broke, Biden was dealing with a new revelation that he also plagiarized a paper during his first year at Syracuse University College of Law.

In a 37-minute press conference on September 17, 1987 — the third day of the Bork hearings —Biden only copped to an unintentional footnoting gaffe. Then he read from his school file, which detailed a graver academic offense:

“Mr. Biden used five pages of a published law review article without quotation or citation,” wrote the dean, who suggested the issue might reflect on Biden’s “fitness to practice law.”

Biden said he pled his case to the entire faculty – “in a sense, my first trial” -- and the school let him retake the course and never reported the incident to the bar.

Biden also addressed in his September 17 press conference an accusation that he stole from a Robert Kennedy speech that included soaring references to “the intelligence of our public debate” and “the integrity of our public officials.”

Biden blamed his aides for putting that pilfered prose in his mouth.

“I write my own speeches,” he claimed. “This speech I did not write. I honestly thought the paragraph was a piece of brilliant work by my staff.”

The straw that broke his campaign’s back, however, wasn’t a confession of stupidity. It was Biden falsely boasting of his smarts. That was also caught on tape.

“I have a much higher IQ than you do, I suspect,” Biden had snapped at an inquiring New Hampshire voter. “I went to law school on a full academic scholarship — the only one in my class.… I was the outstanding student in the political science department. I graduated with three degrees from undergraduate school. I’ll be delighted to sit down with you and compare IQs if you like.”

On September 22, Biden admitted (or at least didn’t dispute) he misstated facts about his scholarship, degrees, and academic honors. He also explained to The New York Times, “I exaggerate when I’m angry.”

The next day — with the nation still riveted by the Bork hearings — Biden ended his presidential run.