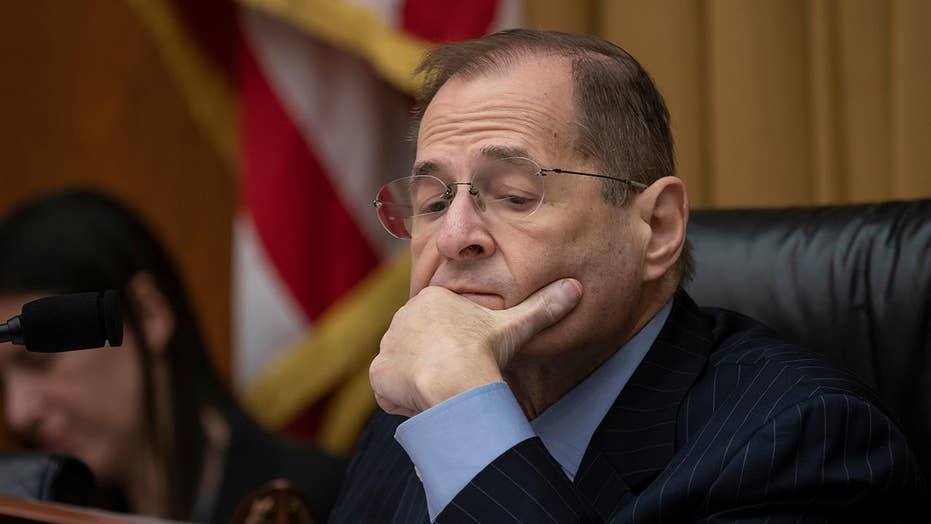 Ohio Republican Rep. Jim Jordan says there is nothing Republicans could reasonably offer to appease Democrats.

Rep. Jim Jordan on Wednesday accused his Democratic colleagues in the House of plotting a "coordinated effort to take down the president" and believes they are already working in concert behind the scenes to impeach Donald Trump.

"I don't think the Democrats can help themselves," he said on "America's Newsroom." "Remember, after all on the very first day of Congress they introduced articles of impeachment... I think they've been determined to get here and I think they've already started. They just haven't formally stated that's what they're up to."

Jordan, R-Ohio, told Fox News there's little, if anything, the Republicans can do to appease Democrats and hold off an avalanche of inquiries targeting Trump.

"This is the Democrats," he added. "So much focus on taking down the president and not any type of focus on doing what's best for the country. I think this is where they are going to go so I don't know what we can do to satisfy that. They are bound and determined to do things we've never seen before."

A senior House Democrat told Fox News late Monday that House Speaker Nancy Pelosi “isn’t going to be able to hold off on impeachment much longer,” and that the speaker may have to change her position “within the next two weeks.”

Rep. Alexandria Ocasio-Cortez, D-N.Y., while saying Pelosi is working to bring the party together, suggested Tuesday that politics are the main element preventing members from pressing ahead at this stage.