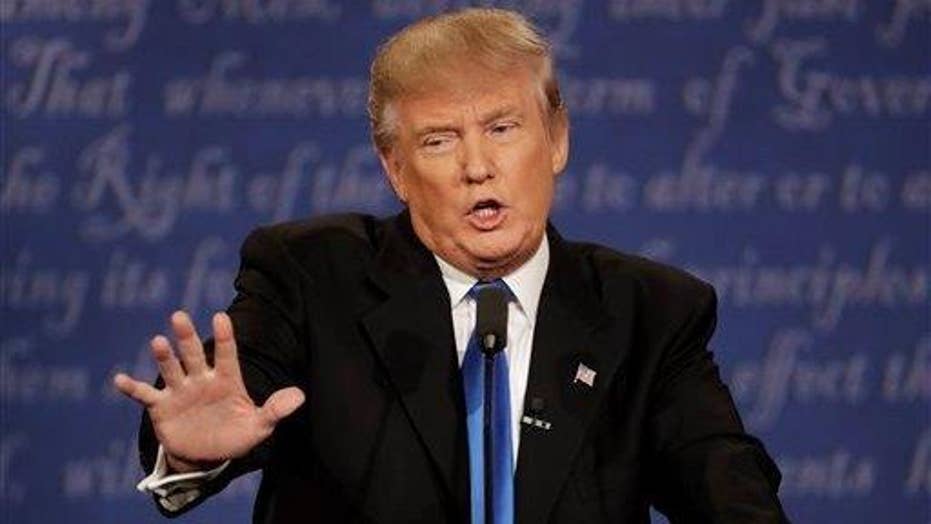 Trump vows to be much tougher on Clinton in next debate

The campaign announced the total on Tuesday, the morning after the Republican nominee’s first presidential debate with Democratic rival Hillary Clinton. In doing so, the campaign listed some of the influential figures involved in the billionaire businessman's accelerating fundraising.

About one-third of the money reportedly came in the form of relatively small, online donations. The remainder was solicited during a phone-calling blitz during which more than 100 top fundraisers went to Trump Tower in New York City to make calls.

“We had a massive fundraising day,” said Mnuchin, the Trump campaign’s finance chairman. “With this kind of energy and generous support behind us, we are going to have President Donald J. Trump in the White House.”

The campaign listed 26 of the fundraisers including Mnuchin, Trump and several top officials from the Republican National Committee.

Mnuchin led one of six teams in the effort, part of a larger joint-fundraising effort with the Republican National Committee known as the Trump Victory Committee.

The broader agreement allowed those making calls Tuesday to solicit as much as $450,000 per donor, according to The Wall Street Journal.

Still, Trump and Clinton are essentially tied in most national polls.

Mnuchin, who followed his father as a partner at Goldman Sachs, joined the campaign as finance chairman this spring, facing the task of getting a bare-boned operation to at least compete with the Clinton fundraising juggernaut.

His finance and production company, RatPac-Dune Entertainment, is connected to such blockbusters as “The Devil Wears Prada” as well as the “X-Men” and “Diary of a Wimpy Kid” series.

The Yuuuge Team, a reference to one of Trump’s favorite campaign expressions, was led by Lew Eisenberg, Trump Victory’s finance chairman.

Eisenberg is a financier and investor with long, deep ties to Wall Street and Republican fundraising circles. He started on Wall Street with Goldman Sachs and in 2002 was the Republican National Committee’s finance chairman.

His political support and connections have come with several prestigious appointments including chairman of the Port Authority of New York and New Jersey, during and in the aftermath of the 9/11 attacks.

Johnson, the Jets owner, was among the first high-profile figures to back Trump. The businessman and philanthropist is the great-grandson of a Johnson & Johnson co-founder.