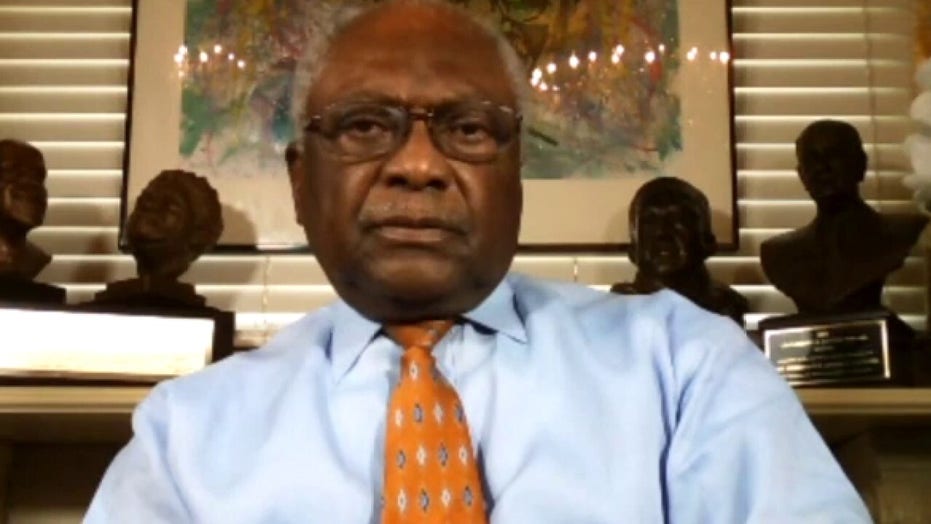 House Majority Whip James Clyburn, D-S.C., told "Your World" Thursday that America's wealthiest residents should pay their "fair share" in taxes, but added he didn't know specifically how much money that would entail.

Host Neil Cavuto had asked Clyburn whether he would support Democratic presidential candidate Joe Biden raising taxes on high earners regardless of the state of the economy should he take office next year. When Clyburn reiterated the need for the rich to pay their fair share, Cavuto asked how much such an increase would be for individuals.

"I have no idea what the fair share is," Clyburn said. "I do know that the experts can make that determination, and they have already determined that the upper 1% is not paying its fair share. We'll have to study all of that."

BIDEN OFFERS 'MADE IN AMERICA' TAX CREDIT TO BRING BACK JOBS, PENALTY FOR OFFSHORING

Clyburn added that his staff would determine which "research" and "background" information to explore for that particular issue.

"I'm just confused," Cavuto responded, "because everytime the rich are asked to pay more, we're told it's about paying your fair share. So, their taxes keep going up under these proposals. It's a moving target. I just want to know when we've hit fair share. What would it be?"

Clyburn reiterated that he had "no idea" and that research and studies needed to be done on the issue.

"I do know this," he added. "This is a rich country, and we ought not have children going to bed hungry every night. When people are throwing away food, we ought to find a way to make sure we feed the hungry, clothe the naked. That's what our Christian faith tells us to do."

Cavuto retored that he was looking for any guidance from Moses and Jesus about a 39.6% tax rate -- the top level that Biden says he wants -- "I can't find it."