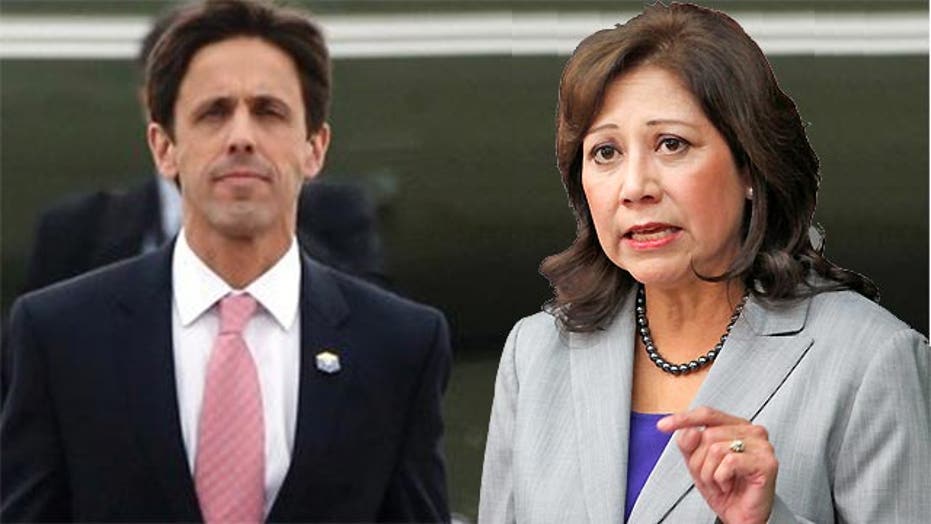 Top aide to Pres. Obama refuses to appear at hearing investigating the White House Office of Political Strategy and Outreach. Does the White House believe it's above the law?

The chairman of the House Oversight and Government Reform Committee attacked the Obama administration late Tuesday after the White House said a top political aide to the president would defy a subpoena and not appear at a hearing investigating the White House Office of Political Strategy and Outreach.

The White House argued that David Simas, the office's director, is immune from the "extraordinary demand" of being forced to testify before the committee.

White House counsel Neil Eggleston said in a letter Tuesday night to Rep. Darrell Issa, R-Calif., that the Simas subpoena "threatens longstanding interests of the executive branch in preserving the president's independence and autonomy, as well as his ability to obtain candid advice and counsel to aid him in the discharge of his duties."

In response, Issa said that the White House's claim violates a 2008 federal court ruling that says presidential advisers are "not absolutely immune from congressional process."

"Flouting a federal judge's opinion about our system of checks and balances is yet another attack on our Nation's Constitution by this President," Issa said in a statement. "We already know that two members of President Obama's Cabinet violated the Hatch Act, which prohibits the use of taxpayer funds for political campaigning. Given these examples of known wrongdoing, assertions that this Administration's taxpayer-funded political efforts should be above Congressional oversight are absurd."

The administration's announcement came after White House lawyers spent an hour and 15 minutes Tuesday briefing the committee's staff behind closed doors on the political office's efforts to comply with federal law. But Issa said afterward that the committee still has questions he wants Simas to answer publicly.

"Mr. Simas is still under subpoena and is expected to appear at tomorrow's hearing," Issa wrote to Eggleston.

Administrations of both parties have maintained in-house political shops at the White House. A 2011 report by the independent Office of Special Counsel criticized a longstanding practice by both parties of using the political office for systematic, campaign-related activity.

Obama closed the White House Office of Political Affairs in 2011 but reinstated a slimmed-down version under the new name earlier this year. Issa has been demanding that the White House turn over all documents relating to the reopening of the office.

Democrats argue Issa has no evidence of any wrongdoing. "There seems to be no reason to continue this ridiculous confrontation other than to manufacture false controversy as Chairman Issa's tenure comes to an end," said Rep. Elijah Cummings of Maryland, the committee's ranking Democrat.