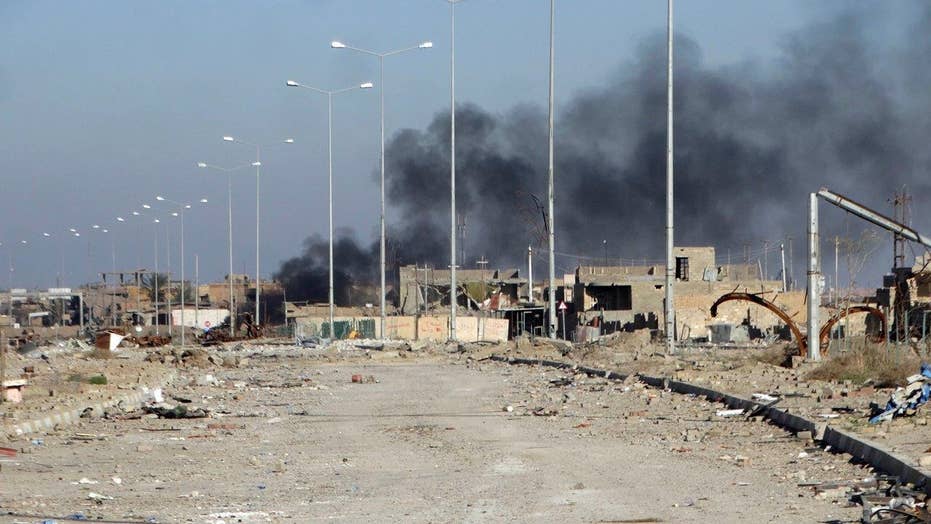 Strategic vs. tactical impact of US airstrikes on ISIS

Coalition airstrikes have killed 10 Islamic State leaders in the past month, including Charaffe al Mouadan, a Syrian-based leader directly linked to Paris attack cell leader Abdelhamid Abaaoud, along with others connected to the Paris terror attacks.

“We killed [Mouadan] on December 24th in Syria,” said Col. Steve Warren, a spokesman for Operation Inherent Resolve, adding that Mouadan was “actively planning additional attacks against the West.”

Warren would not elaborate on whether Mouadan was specifically plotting attacks against the United States, though he said ISIS terrorists generally have “eventual designs” on attacking America.

“We will continue to hunt ISIL leaders who are working to recruit, plan and inspire attacks against the United States of America and our allies,” he said.

The Defense Department is touting the airstrike gains after Iraqi forces routed ISIS militants from the western city of Ramadi and recaptured a key government complex. Warren released a drone video showing Iraqi forces raising the flag over the government center.

Scattered fighting and resistance could still flare in the days and weeks to come, as teams clear bombs from the streets and buildings. Iraqi military officials said Islamic State fighters are still holed up in various pockets of the city.

Warren said forces could encounter “guerilla insurgency” operations but stressed that “there aren’t many left” to conduct those operations.

Iraqi forces’ progress in Ramadi is a significant development in Baghdad’s efforts to reverse ISIS’ widespread gains across the country. But other battles remain, including for Mosul and Fallujah.

Warren said operations are underway by Iraqi forces in both those cities. He suggested tactics that helped rout ISIS in Ramadi are being applied already in Fallujah.

“They encircle the city almost like a boa constrictor,” he said, describing the “isolation” approach being employed.

Other ISIS leaders killed in the recent airstrikes, according to Warren, include a “forgery specialist” with links to the Paris attack network, and an external operations planner who supported ISIS’ hacking efforts and anti-surveillance technology.

“Now that he's dead, ISIL has lost a key link between their networks,” Warren said.