Are we seeing the softening of Donald Trump?

He is being more serious and less inflammatory in interviews.

And in a hell-hath-frozen-over moment, he sat down for a clear-the-air meeting with Megyn Kelly and said nice things about her afterward.

All this comes as Trump is expanding his team by bringing in veteran Republican operatives to run the show and help him in the trench warfare for delegates.

I don’t think this is an accident. I think he’s making the pivot that some advisers and family members urged on him weeks ago, before the series of missteps that contributed to his big loss in Wisconsin.

It’s not that Trump has gone all kumbaya on us. He’s been hammering away at what he sees as a crooked Republican process that is denying him delegates being won over by the Cruz campaign.

But other than some jabs at “Lyin’ Ted,” Trump is, well, acting like a more conventional candidate.

Now we have been through this before with Trump. He’ll be more serious in a debate or a couple of interviews, only to return to flame-throwing when something gets under his skin. But this time, if his Twitter feed is any indication, he seems more determined to tone things down. Other than one jab about the New York Times reporting inaccurately on him, there aren’t even any denunciations of the “disgusting” media.

In that vein, Trump’s Wednesday meeting with Megyn—which made the cover of the New York Post!—seemed like a carefully choreographed truce.

A few short weeks ago, Trump, who has been angry at the Fox News anchor since the first presidential debate, was tweeting that she was “sick" and "crazy,” prompting the network to accuse him of having a sick obsession with her.

Kelly told viewers that the Trump Tower session, held at her request, in part to discuss a possible interview, helped “clear the air” and that Trump was “gracious” to take the meeting.

Trump says they had a “very good conversation” and that he gives her “a lot of credit” for coming to see him.

In another bit of fence-mending, Trump sat down with my Fox colleague Kirsten Powers, who had repeatedly criticized him, for her USA Today column. The headline: “Donald Trump’s ‘Kinder, Gentler’ Version.”

She asked him about his hyperaggressive style: “So, why not just stick to substance and stop with the other stuff?”

“Maybe the other stuff is part of it,” Trump said. “If I didn’t do it, then you might not be talking to me about a race where we are leading substantially.”

In the hourlong sitdown, when Powers was asking about VP possibilities, Trump said nice things about Marco Rubio, John Kasich and Scott Walker.

Trump also caught a break in the moving-on department when Florida authorities chose not to prosecute campaign manager Corey Lewandowski for grabbing reporter Michelle Fields (although Fields is still considering a civil suit).

And Trump has now tapped Rick Wiley, Walker’s former campaign manager, as his national political director, after bringing in veteran Paul Manafort to hunt delegates for the convention. The anti-establishment candidate is learning to deal with the establishment.

If Trump is acting more “presidential,” he undoubtedly has an eye on the fall campaign and knows he has to deal with his high negatives. He could bring those numbers down by being more diplomatic. Or perhaps the showman in him just senses that it’s time for a second act. 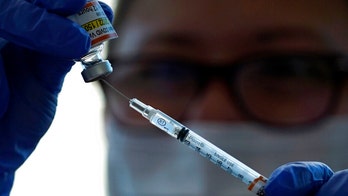 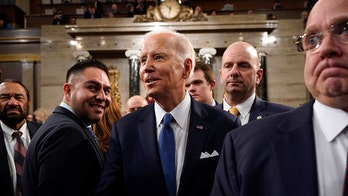