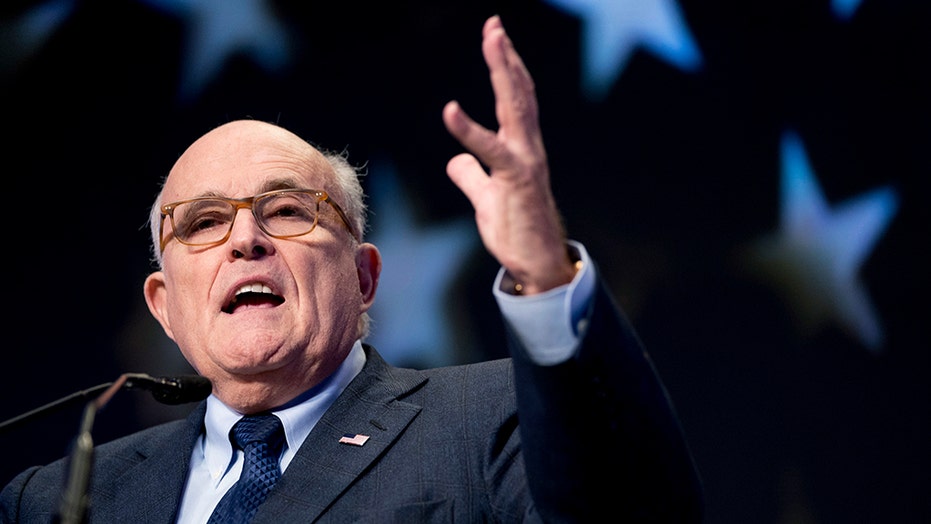 Iranians have fiercely fought for their personal freedom over the past several years, and their battle could result in the government of Iran being overthrown, President Trump's personal attorney Rudy Giuliani said during a Saturday interview on "Justice with Judge Jeanine."

Giuliani was commenting on protests in Tehran that began as vigils for the victims of a Ukrainian passenger plane, which Iran said it unintentionally shot down on Wednesday. All 176 people on board were killed.

"The desire for freedom in Iran is palpable. It's strong. I've known this for four years," he told Jeanine Pirro. "I [was] in Albania... I brought pictures back of the people that work with the Iranian dissident groups who have brought a lot of this about. These protests have been going on for two and a half to three years. They've happened in 278 cities in Iran. People have been killed and more people come back and protest.

"Nurses have protested. Sanitation workers have protested," Giuliani continued. "Iran is on the brink of being overthrown, if our State Department would wake up."

He then recommended America throw its full weight and support behind the Iranian protesters, and follow the example of former President Ronald Regan, as opposed to former President Barack Obama. 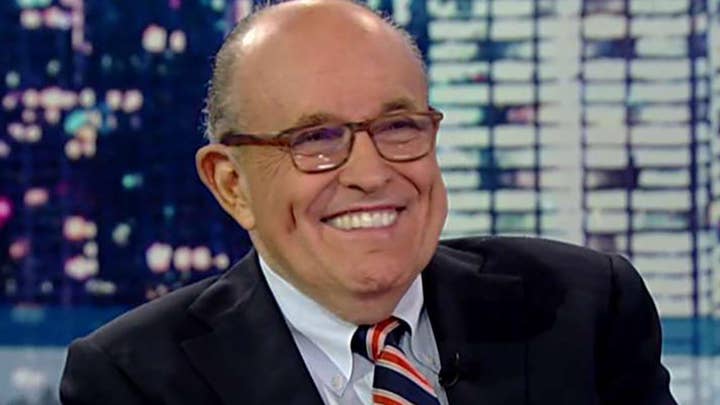 "We've got one of two ways of going here," he added. "We can go with Obama when they had the protests in Iran and he turned his back on it -- or we can go with Ronald Reagan when he saw Poland and he said... 'I stand with you.'"

President Trump showed support for the protesters on Saturday evening, when he sent out a message of encouragement on Twitter, in both English and Farsi.

"To the brave, long-suffering people of Iran: I've stood with you since the beginning of my Presidency, and my Administration will continue to stand with you. We are following your protests closely, and are inspired by your courage," Trump's first tweet read.

The president quickly followed up with a second tweet, calling on Iran to allow human rights advocates to monitor major protests within the country, and warning against any draconian government action.

"The government of Iran must allow human rights groups to monitor and report facts from the ground on the ongoing protests by the Iranian people," Trump wrote. "There can not be another massacre of peaceful protesters, nor an internet shutdown. The world is watching."

The State Department also weighed in on the protests, tweeting out a message that said: "The Iranian people continue their protests against the lies, incompetence, and cruelty of the ayatollah’s regime."