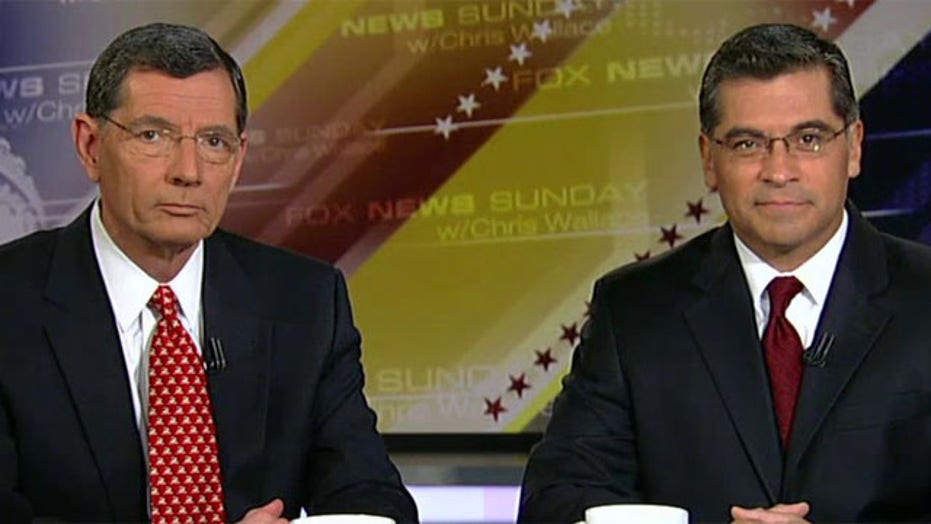 Two incoming Republican senators on Sunday laid out an aggressive agenda for themselves and the rest of the GOP-controlled Congress next year, including passing bills on the Keystone pipeline and immigration reform and undoing new EPA rules and parts of ObamaCare.

West Virginia GOP Sen.-elect Shelley Moore Capito told “Fox News Sunday” that her state’s economy is already suffering from new Environmental Protection Agency rules on coal, including the loss of at least 5,000 jobs, and that she wants to “roll back” changes.

“We’ve been picked as a loser, and I’m not going to stand for it,” said Capito, West Virginia’s first Republican senator since 1956.

Colorado Sen.-elect Cory Gardner, another of the seven Republicans to unseat a Senate Democrat on Tuesday, told Fox News that the GOP-led agenda should include approving Keystone, eliminating the Affordable Care Act's medical-device tax and passing immigration reform.

The freshmen senators said they are willing to work with President Obama. But they also expressed concerns about whether Obama realizes the Democrats’ big loses Tuesday were in part the result of Americans' dissatisfaction with his policies and about his apparent desire to pass immigration reform with executive action that sidesteps Congress.

“What kind of message could he possibly be getting?” Capito asked. “Part of the dissatisfaction was with the president’s agenda.”

She suggested an early strategy of congressional Republicans working with Obama for “some small victories … to show Americans we can begin to solve problems.”

Gardner said the elections were more about the overall dissatisfaction with Washington and that if the president fails to realize that situation “were going to have a problem.”

He also suggested Obama listen to GOP congressional leaders who have asked him to work together on immigration and delay executive action.

“Time will tell,” Gardner said. “I hope the president listens and does the right thing. We know we need immigration reform.”