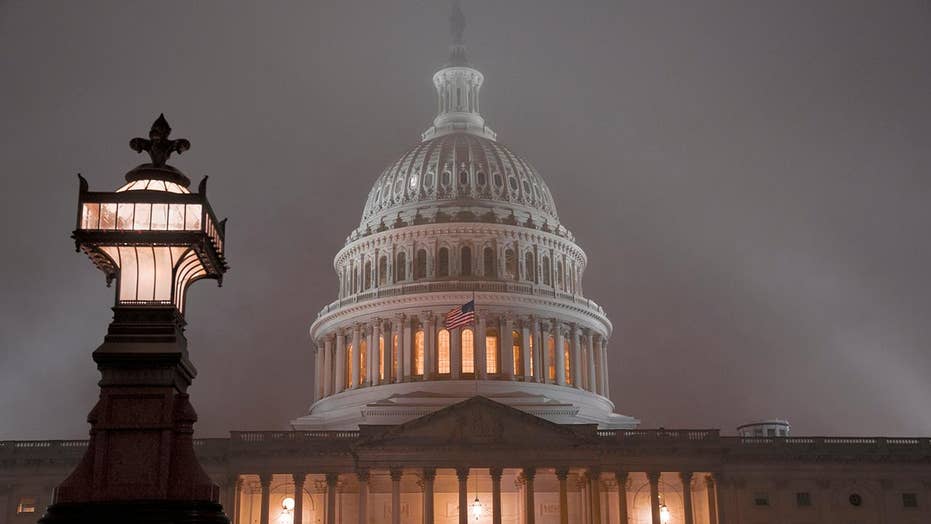 With just hours to go until the House Rules Committee meets at 11 a.m. ET Tuesday for a marathon session to set the ground rules on this week's final impeachment vote, many of the moderate Democrats in districts President Trump won in 2016 have started to fall in line in favor of impeachment.

Other than New Jersey Rep. Jeff Van Drew, who has mulled switching to the Republican Party, and Minnesota Rep. Collin Peterson, no other Democrat occupying one of the 31 House districts that Trump won in 2016 has announced opposition to impeachment. All Republicans in Congress and the Senate have opposed impeachment.

At the same time, New York Rep. Max Rose, whose district backed Trump by 10 points in 2016 and who has long campaigned on bipartisanship, announced Friday he would support impeaching the president.

“A president coercing a foreign government into targeting American citizens is not just another example of scorched earth politics, it serves as an invitation to the enemies of the United States to come after any citizen, so long as they disagree with the President,” Rose said in a statement.

Does this prove how unpopular impeachment is? Presidential historian Doug Wead says the switch demonstrates the Democratic Party is being ripped in two.

And, Texas Rep. Colin Allred, a Democrat who flipped a GOP seat in 2018, called Trump's actions an “unacceptable violation of his oath of office and constitute an impeachable abuse of power.” Allred's district went to Hillary Clinton by just 1.9 points.

Not all moderate Democrats have weighed in, with several saying the vote will be a challenging decision. The House is comprised of 431 members, meaning Democrats would need 217 yeas to impeach Trump. There currently have been 233 Democrats, so they could lose only 16 of their own and still impeach the president.

The indications from moderates strongly suggested, though, that the president will be impeached by a floor vote of the full House this week, either on Wednesday or Thursday -- setting up an all-but-certain acquittal by the GOP-controlled Senate.

On Monday, House Democrats laid out their impeachment case against Trump in a sweeping report accusing him of betraying the nation and deserving to be ousted. 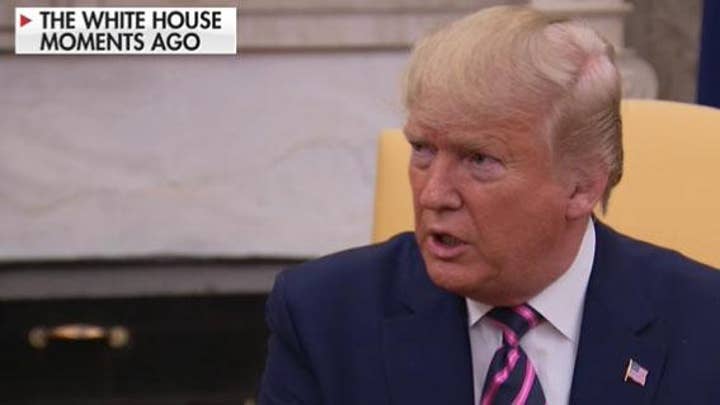 What Democrats once likely hoped would be a bipartisan act, only the third time in U.S. history the House will be voting to impeach a president, is now on track to be a starkly partisan roll call Wednesday.

Before that can happen, the Rules Committee will weigh in, in a break from recent history. During the 1998 impeachment of Bill Clinton, the House did not look to the Rules Committee to set up debate. Instead, the articles of impeachment came up on the House floor through a parliamentary phenomenon known as “privilege.” The House then secured a unanimous consent agreement, meaning all 435 members agreed to continue to consider the articles of impeachment over a two-day period. Such unanimous agreement was not considered feasible in this hyper-partisan environment. (An eye-popping 283 members of the House participated in the impeachment debate on the floor in 1998.)

After the Rules Committee concludes testimony Tuesday, the panel will present a “rule” for the actual floor debate on Wednesday. After a committee debate, the panel votes on the rule and sends it to the floor. House Rules Committee Chairman Jim McGovern, D-Mass., told Fox News he wasn’t sure how long the debate would be on Wednesday or if they would tie together debate on both articles of impeachment or set up separate debate on each article. McGovern doubted the debate, and thus vote on the articles of impeachment, would drift into Thursday.

The Rules Committee usually has to produce a rule for debate one day in advance. That’s why the Rules Committee is meeting Tuesday, so the actual impeachment debate will unfold on the floor Wednesday. House Judiciary Committee Chairman Jerrold Nadler, D-N.Y., will not be present for Tuesday's session due to a family emergency.

Tension has remained high outside Washington. A raucous town hall Monday in the Detroit suburbs, for example, put on display the nation's wrenching debate over the unconventional president and the prospect of removing him from office. Freshman Rep. Elissa Slotkin was both heckled and celebrated as the Democrat announced her support for impeachment.

“There’s certainly a lot of controversy about this,” Slotkin told the crowd of 400. “But, there just has to be a moment where you use the letter of the law for what they were intended.” 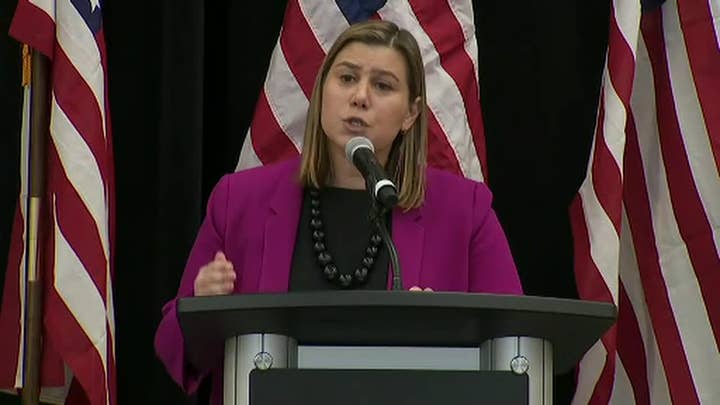 And, a California town hall meeting featuring House Intelligence Committee Chairman Adam Schiff, D-Calif., descended into chaos after jeers led to clashes among attendees. Schiff was discussing how recognition of the Armenian genocide was a significant bipartisan issue at the event hosted by the Armenian National Committee of America on Saturday when members of the crowd began shouting at him.

"You will be going to jail for treason!" one man could be heard shouting in videos from the event that were posted online. The man acknowledged the outburst was unrelated to the purpose of the event, stating, "No disrespect to you all, I'm glad you guys are getting recognized for your genocide, but this man is a f-----g liar!"

"Liar!" at least one attendee at the Glendale event yelled.

The commotion escalated from there, with a number of people present bearing signs or shirts supporting President Trump and opposing the impeachment process. Schiff is one of the leaders of the impeachment inquiry, which is expected to lead to a vote by the full House later this week.

Democrats have introduced two articles of impeachment against Trump. They said he abused the power of his office by pressuring Ukraine to investigate 2020 election rival Joe Biden and obstructed Congress by trying to block the House investigation and its oversight duties as part of the nation's system of checks and balances.

Republicans have countered that Hunter Biden was engaged in corrupt business dealings in Ukraine while his father oversaw Ukraine policy as vice president, and argued that separation-of-powers principles counseled against impeaching the president for failing to comply with congressional demands.