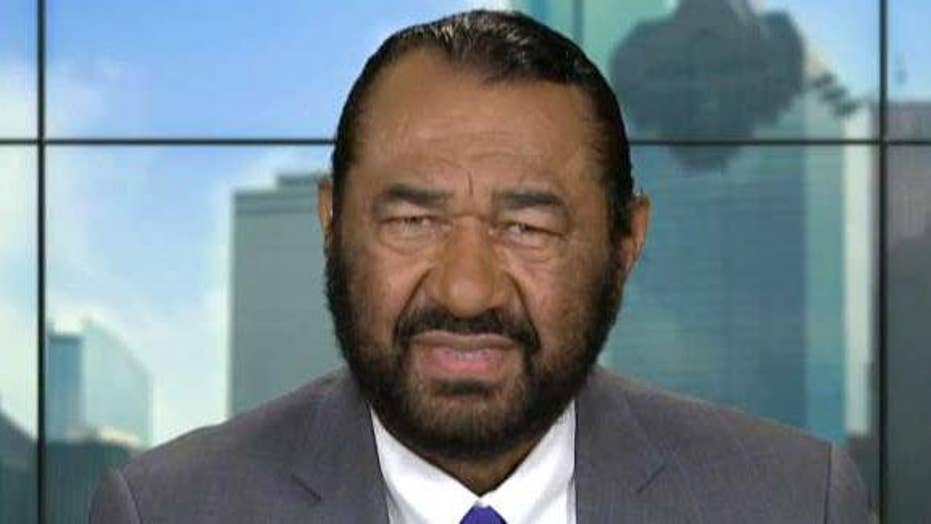 A doomed attempt to bring articles of impeachment against President Trump failed miserably Wednesday night as expected, but the roll call put scores of Democrats on record in support of at least keeping the effort alive -- revealing that bloc has grown substantially in recent months.

Even as Democratic leaders have pushed back against impeachment proceedings at this stage, more and more prominent members -- including the freshman firebrands who were the targets of Trump's Twitter ire over the weekend -- have supported the drive. Wednesday’s resolution was brought by Rep. Al Green, D-Texas, who repeatedly has sought to impeach Trump.

"The president has committed an impeachable offense," Green said on the House floor Wednesday. "Yesterday, we condemned him for that. Today is our opportunity to punish him."

In the three times Green has brought up such a resolution, colleagues from both parties voted to set it aside, and Wednesday was no exception. But he has gained support from his party with each attempt. 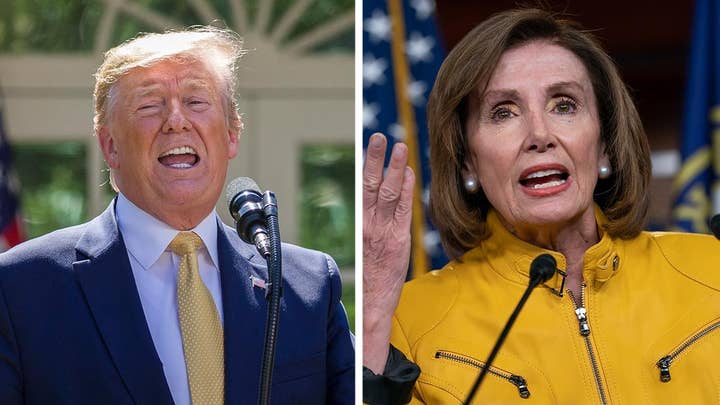 Now, roughly a year-and-a-half later, 95 Democrats opposed the motion to table his resolution.

“The president, at some point, will be impeached,” Green said after the 332-95 vote. “People are starting to pay attention.”

House Minority Leader Kevin McCarthy, R-Calif., introduced the motion to table. He said afterward that more than 90 Democrats opposed him, "FOR. NO. REASON."

The growing number of Democrats siding with Green speaks to a shift in attitude from House Democrats such as Reps. Joe Kennedy III, D-Mass., Carolyn Maloney, D-N.Y., and Jackie Speier, D-Calif.,  who have served throughout Trump’s presidency, as well as support from new faces who were not in office the last time Green introduced the resolution.

Some of those newcomers include the four women with whom Trump has been feuding in recent days, Reps. Alexandria Ocasio-Cortez, Ihan Omar, Rashida Tlaib, and Ayanna Pressley. Trump’s comments directed at the freshman congresswomen -- saying they should "go back" to where they came from (despite all but Omar being from the United States) and then return to show everyone how to fix things -- led to this latest resolution.

Not all votes against tabling the resolution, however, represent clear-cut support for impeachment. House Judiciary Committee Chairman Jerrold Nadler, D-N.Y., for example, said he only opposed the motion to table the resolution as a procedural matter.

“I opposed this procedural motion because this article of impeachment should have been referred to the House Judiciary Committee,” Nadler said in a statement. “My hope is that future impeachment resolutions be referred here as well, so that they can also be considered as part of the Committee’s overall response to clear allegations of presidential misconduct.” Nadler said that a congressional investigation of the president “will continue,” and pointed to next week’s scheduled appearance by former Special Counsel Robert Mueller as the next major step.

Trump responded to the vote on Twitter by calling it "ridiculous," and said, "This should never be allowed to happen to another President of the United States again!"

At a rally in North Carolina, he called the impeachment resolution "the most ridiculous project I ever worked on."

Maloney responded with a tweet saying, "Then don't accept Russian help next time," even though Mueller's report did not conclude that Trump or his campaign engaged in a criminal conspiracy related to Russian election interference.

The efforts to impeach Trump still lack the support necessary to advance for now. Supporters remain far from having a majority needed to pass articles of impeachment. Even if the Democrat-controlled House does eventually manage to impeach, it is highly unlikely in the current political climate that the GOP-led Senate would vote to remove Trump from office.