Rep. Ilhan Omar (D-MN) is under fire for previously attending a travel delegation sponsored by 'Witness for Peace'

Rep. Ilhan Omar (D-MN) is under fire for previously attending a travel delegation sponsored by 'Witness for Peace.'The group was formed during the Reagan administration and opposed America’s actions in South America aimed at stopping the spread of communism.

Rep. Ilhan Omar has attended a travel delegation to a South American country sponsored by a radical anti-American and anti-Israel organization that supports countries opposed to the U.S. and calls for the return of Guantanamo Naval Base to Cuba.

The Minnesota Democrat was accused of anti-Semitism after asserting that the American Israel Public Affairs Committee, a bipartisan group, was buying lawmakers.

She also grabbed headlines after first accusing the U.S. government of leading a coup against Venezuelan socialist tyrant Nicolas Maduro and then attempting to grill Elliott Abrams, the Trump administration's new special envoy for Venezuela.

Now it was revealed that she once traveled to Honduras with an organization called Witness for Peace, a group formed during the Reagan administration that opposed America’s actions in South America aimed at stopping the spread of communism.

“After traveling to Honduras as part of the Witness for Peace delegation, I've returned home with a heavy heart and deep concern for the electoral process and human rights crisis the people of Honduras are enduring,” Omar tweeted in 2017.

Shortly after the trip with the group, she began opposing U.S. military aid to Honduras and publicly called for the suspension of the funding.

Omar’s association with Witness for Peace may prompt more scrutiny of her suitability to serve on the House Foreign Affairs Committee as the Witness for Peace organization and its leaders have supported the socialist regimes of Cuba and Venezuela and come out against the Jewish state, the Washington Free Beacon first revealed.

The group openly calls for the return of the “illegally occupied Guantanamo Naval Base to the Cuban people! And have organized travel delegations to Cuba, while calling Trump’s tougher policy towards the country as “the old unjust, counterproductive Cold War posture of past decades.” 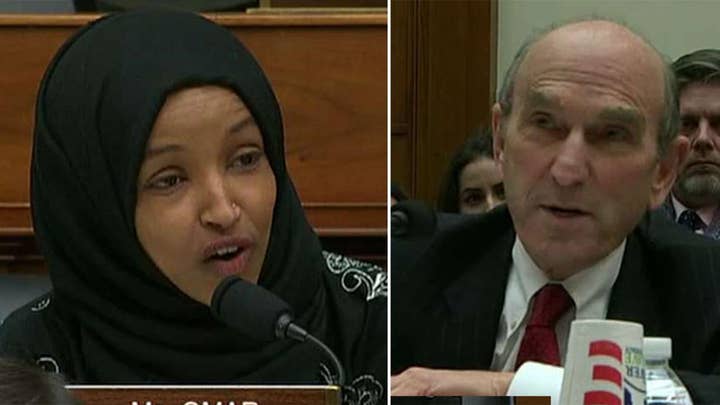 Eunice Escobar, a board member of the group, reportedly also works for the Afro-Colombian Solidarity Network, which aims to “dismantle U.S. militarism, neoliberal economic and immigration policy, and other forms of state and institutional violence” and said the Trump administration’s recognition of Juan Guaidó as the interim president of Venezuela was a “right-wing” coup against the socialist regime.

Another board member, Jeanette Charles, also supports the Maduro regime and accused the U.S. of orchestrating a coup against the government. She is a member of the Chiapas Support Committee, according to the Washington Free Beacon, and has repeatedly praised the socialist regime in Venezuela, including calling the late Venezuelan leader Hugo Chavez “god-like," according to the College Fix. 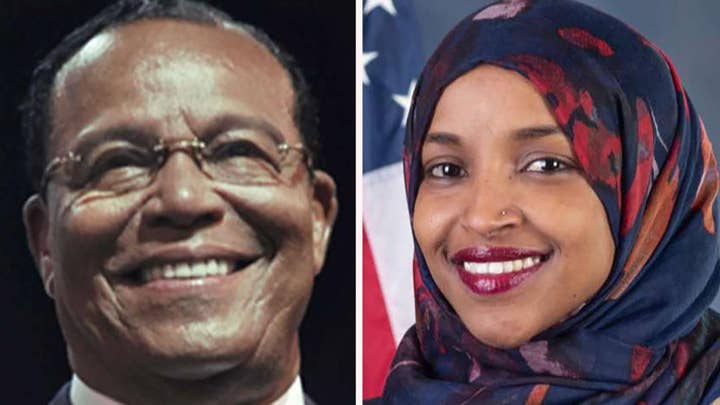 Paul Magno, another board member, has been an activist with Nonviolence International, a group founded by Palestinian activist Mubarak Awad in 1989, who called for the “eradication of Israel as a Jewish state.”

"The PLO [Palestine Liberation Organization] wants the entire Palestine and I agree," Awad said in a speech in 1988, according to the Washington Post. "Palestine for me is the Galilee, Akko, Ashdod, everything. This is Palestine for me."

The Witness for Peace most recent IRS records from 2015 show that over $300,000 was spent on funding a delegation to Latin America to provide “U.S. citizens the opportunity to see the effects of U.S. government policies and corporate practices and the effects of these policies on human rights.”

Nearly $150,000 was also spent on other operating costs such as “supporting personnel in Cuba to facilitated delegations pursuant to people-to-people licenses issued by OFAC [Office of Foreign Assets Control].”