Immigration and Customs Enforcement agents are preparing to conduct raids beginning Sunday to arrest thousands of illegal immigrants across the U.S. just weeks after President Trump announced that he was delaying the operation.

The ICE agents will target at least 2,000 immigrants whose deportations have already been ordered, a New York Times report said, citing one former and two current Department of Homeland Security officials.

Asked for comment, an ICE spokesman would not offer specific details, citing "law-enforcement sensitivities and the safety and security of U.S. Immigration and Customs Enforcement personnel."

"As always, ICE prioritizes the arrest and removal of unlawfully present aliens who pose a threat to national security, public safety and border security. ... However, all of those in violation of the immigration laws may be subject to immigration arrest, detention and – if found removable by final order – removal from the United States," the spokesman said.

Ken Cuccinelli, acting director of U.S. Citizenship and Immigration Services, told reporters Wednesday that the raids are “going to happen.” He did not elaborate.

The Times report said the raids will include "collateral" deportations, which means illegal immigrants at the scene of the raid who are not the target of the raid could be detained. 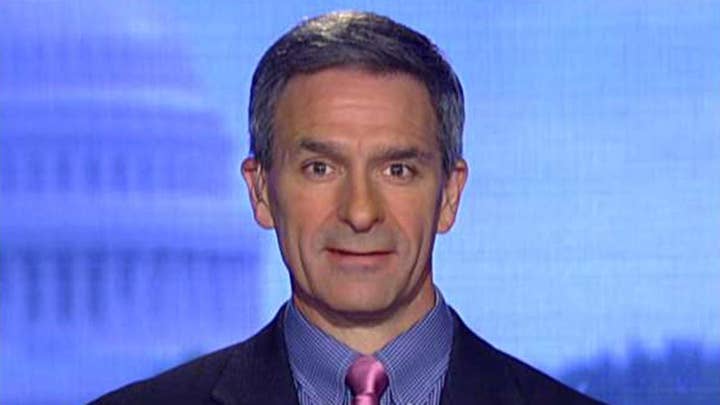 The June operation was expected to target 2,000 families in as many as 10 cities, including Chicago, Baltimore, New York, Houston, Los Angeles and Miami. Last month, President Trump announced on Twitter that he wants ICE agents to start the process of “removing the millions of illegal aliens who have illicitly found their way into the U.S.”

But Trump later delayed the sweeps, saying he would give lawmakers two weeks to work out solutions for securing the U.S.-Mexico border. The decision came after House Speaker Nancy Pelosi contacted Trump, requesting that he call off the raids.

But three administration officials told the Associated Press that scrapping the operation was not just about politics.

They said ICE leaders had expressed serious concerns that officers’ safety would be in jeopardy because too many details about the raids had been made public.