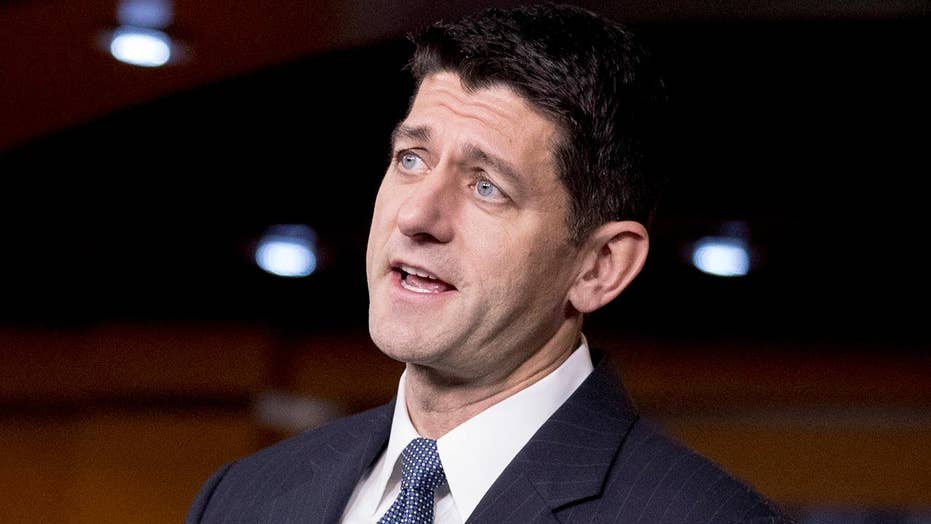 The House of Representatives on Thursday narrowly approved a $4 trillion budget that paves the way for Republicans on Capitol Hill to begin focusing on tax reform.

The vote was 216-212, with 20 Republicans, including conservatives unhappy about deficits and debt, opposing it. Republicans could lose only 22 votes for it to pass.

The Senate passed the measure last week and the House endorsed it without changes.

“Tax reform will help reignite the American dream,” House Speaker Paul Ryan told reporters after the vote. “It will help bring us back to a place of confidence, freedom, happiness and a stronger, healthier economy. And this budget that the House just passed, 20 minutes ago, brings us closer to making that dream a reality.”

House Ways and Means Committee Chairman Kevin Brady, R-Texas announced that the text of the tax bill will be released Nov. 1.

“By passing this budget today, House Republicans just provided the legislative runway for pro-growth tax reform,” Brady said. “Our successful vote will allow us to move forward quickly on delivering the first overhaul of America’s tax code in more than three decades.”

Brady also said the Ways and Means Committee will consider the legislation in a committee markup beginning Nov. 6. A markup session is where the committee goes through the bill line by line and revamps the package before advancing it to the floor.

The tax bill is the top item on the GOP agenda and would be Trump's first major win in Congress.

The goal is a full rewrite of the inefficient, loophole-laden tax code in hopes of lower rates for corporations and other businesses and a spurt of economic growth.

Brady told reporters on Wednesday morning that he's still looking at curtailing tax-free deposits in 401(k) retirement accounts, a move that could raise revenue in the near term as retirement savings shift to Roth-style accounts that are funded with after-tax earnings.

Trump says he opposes curbing 401(k) donations, however, which tossed a monkey wrench into the process.

Key decisions about tax brackets, including a new bracket for high-income earners, remain up in the air. Outcomes on other provisions are unsettled as well, lending a sense of chaos as GOP leaders rush to fulfill a goal of passing the measure through the House before Thanksgiving.

Republicans view passage of the tax measure as a career-defining dream, and its importance has only grown in the wake of the party's debacle on health care.