EXCLUSIVE: Republicans on the House Oversight Committee said any potential FBI investigation into the "role" Parler played in the Jan. 6 Capitol riot "should include" Facebook and Twitter, calling the recent request for an FBI probe from committee Chairwoman Carolyn Maloney "evidence" of the "growing alliance between Big Tech and Democrats."

Committee Ranking Member James Comer, R-Ky., and GOP Rep. Greg Steube, R-Fla., penned a letter to Maloney, D-N.Y., on Monday after she requested that the FBI investigate Parler’s "role" as a "potential facilitator" of planning or inciting the violence at the Capitol on Jan. 6.

"Like you, we were disturbed and angered by the riot and we believe those responsible should be prosecuted to the fullest extend of the law," they wrote. "But casting blame on a single social media company known for its conservative username while simply ignoring other social media companies known for sympathizing with liberal causes is blatantly and overtly partisan."

They added: "Moreover, your letter is additional evidence of the growing alliance between Big Tech and Democrats to muzzle certain viewpoints, opinions, and perspectives."

Comer and Steube said Maloney’s claim that Parler was a "potential facilitator" of planning for the Capitol chaos "completely omits the fact that other social media platforms were also facilitators of the January 6 riot."

"A cursory search of other social media platforms yields identical, disturbing posts, from across the political spectrum, advocating for a wide swathe of positions, demonizing an equally diverse group of people," they wrote, pointing to posts found on Facebook and Twitter 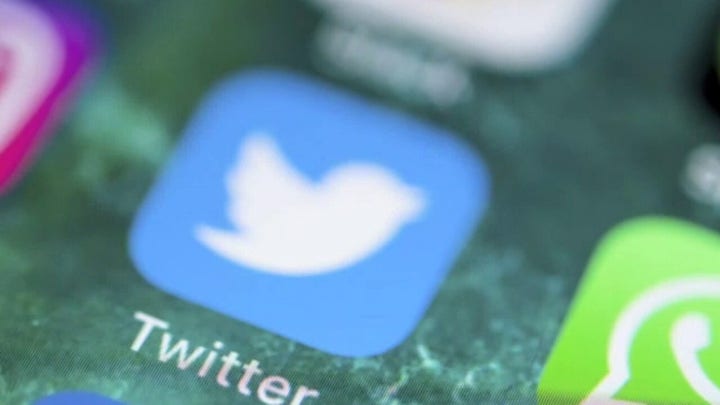 "Rather than limiting its investigation to Parler, then, perhaps the Committee should include Facebook and other social media companies in its request for an investigation into the antecedents of the January 6 Capitol riot," they wrote.

Comer and Steube added: "Of course, doing so may upset Big Tech, which in turn could turn off the spigot of campaign contributions to Democrats."

The Republicans pointed to Big Tech donations to Democratic candidates during the 2020 election cycle.

"During the 2020 election cycle Facebook employees contributed over $5 million in federal elections—92.79% of which went to Democrats," they said, citing Open Secrets. "Twitter employees were even more generous to Democrats, with 98.41% of all federal contributions in the 2020 cycle going to Democrats."

"While Facebook, Twitter, and Parler seem to all share blame in allowing their platforms to be used to plan for the January 6 riot, one main difference between the three platforms is that Parler is the only one that hasn’t given generously to the Democrats," they said.

Comer and Steube went on to call Maloney’s request for an FBI investigation into Parler "a transparently political ploy taking advantage of the tragedy that occurred on January 6 to shut down speech Democrats dislike."

"Perhaps more disturbing is a Silicon Valley willing to oblige these impulses," they wrote. "We request you amend your request for an FBI investigation to include Facebook and Twitter and the roles those companies played to contribute to the January 6 riot."

Meanwhile, Maloney sent a letter to the FBI last week requesting that the bureau also review whether Parler facilitated planning for the riot and questioned whether it is "a potential conduit for foreign governments who may be financing civil unrest in the United States."

Maloney pointed to a number of individuals who have been arrested and charged with threatening violence against elected officials or for their role in participating directly in the Capitol riot and said the Justice Department alleged that some conspirators posted threatening messages on Parler.

"It is clear that Parler houses additional evidence critical to investigations of the attack on the Capitol," Maloney wrote.

In her letter, Maloney went on to point to questions raised about "Parler’s financing and its ties to Russia."

The intelligence community has warned, repeatedly, that Russia, as well as other adversaries, have used social media and other measures "to sow discord in the United States and interfere with our democracy."

"The company was founded by John Matze shortly after he traveled to Russia with his wife, who is Russian and whose family reportedly has ties to the Russian government," Maloney wrote, adding that "concerns about the company’s connections to Russia have grown" since the company "re-emerged on a Russian hosting service, DDos-Guard, after being denied services by Amazon Web Services."

PARLER CEO BARRED FROM PLATFORM BACKEND: 'WE DON'T HAVE ANY MORE ACCESS'

Maloney said DDos-Guard "has ties to the Russian government and hosts the websites of other far-right extremist groups, as well as the terrorist group Hamas."

Comer and Steube slammed Maloney for discussing Matze’s travel, calling it an "irrelevant" and "offensive."

"It is neither illegal nor suspect to either travel to Russia or have a Russian spouse," they wrote. "After four years of peddling bogus—and later disproven—conspiracy theories about Russia, Committee Democrats are now resorting to outright xenophobia to deride both conservatives and social media platforms not approved by Democrats."

Maloney’s letter to the FBI last week also added that her committee would conduct its own investigation of the matters and requested a meeting with FBI officials on the status and scope of its review "consistent with protecting the integrity of law enforcement efforts on this front."

Parler was removed from Google Play and the Apple App Store following the deadly Jan. 6 riot at the U.S. Capitol. Soon after, Amazon Web Services also disconnected Parler from its servers.

Meanwhile, Parler COO Jeffrey Wernick responded to Maloney’s call for an FBI probe, saying the company "welcomes" a "robust examination of our policies and actions" by the bureau.

"Like other social-media platforms, we have been cooperating and will continue to cooperate with law-enforcement efforts to identify and prosecute those individuals responsible for organizing and carrying out the shameless Jan. 6 attack on the Capitol.

"Parler welcomes Rep. Maloney’s call to have the Federal Bureau of Investigation conduct a robust examination of our policies and actions," Wernick said.