House Democratic leaders scrapped a scheduled Wednesday vote on a budget measure backed by Speaker Nancy Pelosi, D-Calif., amid opposition from left-wing members of the caucus.

The measure would have raised limits on discretionary spending for both the Pentagon and domestic agencies, but leaders of the Congressional Progressive Caucus (CPC) pushed to allow billions more in spending on domestic programs.

"We need to prioritize our communities, not our military spending," Jayapal tweeted Tuesday morning, adding,"Progressives aren’t backing down from this fight."

The House voted Tuesday afternoon to set the total spending limit for all federal agencies at $1.3 trillion as part of the rule governing debate on the spending caps bill. The vote was 219-201, with seven Democrats joining 194 Republicans in opposition.

Following the vote, House Majority Leader Steny Hoyer, D-Md., told reporters that the spending caps legislation would not come to the floor before the chamber's two-week recess for the Easter holiday.

Democratic leaders can afford to lose just 17 members on any vote. Jayapal told CQ earlier Tuesday that her amendment has "something like 21 co-sponsors ... including three committee chairs.

"I think if my amendment passes, I think it would be very difficult, but I think we could get a majority, if not all, of the progressive caucus members to vote for this," she added.

The Trump White House and House Republicans oppose the Democratic leadership's proposal, saying increases for the Pentagon are insufficient. Republicans and Democrats must reach a spending agreement to prevent the return of automatic spending cuts, known as sequestration, under the remnants of a 2011 debt ceiling agreement.

Senate Majority Leader Mitch McConnell, R-Ky., told reporters on Tuesday that both Pelosi and Trump support trying to reach agreement on higher spending levels for both the Pentagon and domestic programs.

Trump's budget, submitted last month, would give a sharp increase to the Pentagon but pare domestic programs, a nonstarter for Democrats controlling the House. Any bipartisan agreement would renounce Trump's budget. 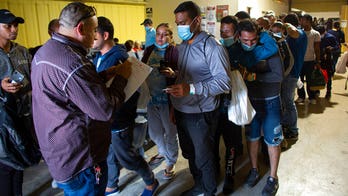 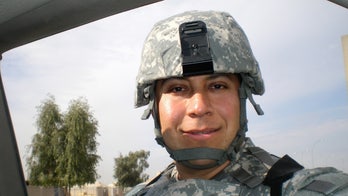