Some Democrats complained that Hicks – who is now the chief communications officer at Fox Corporation – was ordered by the White House to stay quiet about her time as an aide to Trump.

Earlier Wednesday, House Judiciary Committee Chairman Jerrold Nadler, D-N.Y., declined to comment on the substance of the interview: "All I'll say is Ms. Hicks is answering questions put to her and the interview continues."

In a letter Tuesday to Nadler, White House Counsel Pat Cipollone wrote that Trump had directed Hicks not to answer questions "relating to the time of her service as a senior adviser to the president."

Cipollone said Hicks was "absolutely immune" from compelled testimony with respect to her service to the president because of the separation of powers between the executive and legislative branches. The White House similarly has cited broad executive privilege with respect to many of the Democrats' investigative demands, using the president's power to withhold information to protect the confidentiality of the Oval Office decision-making process.

Democrats have said they disagreed that Hicks' answers were covered by such immunity or privilege, especially since she had cooperated with Mueller. 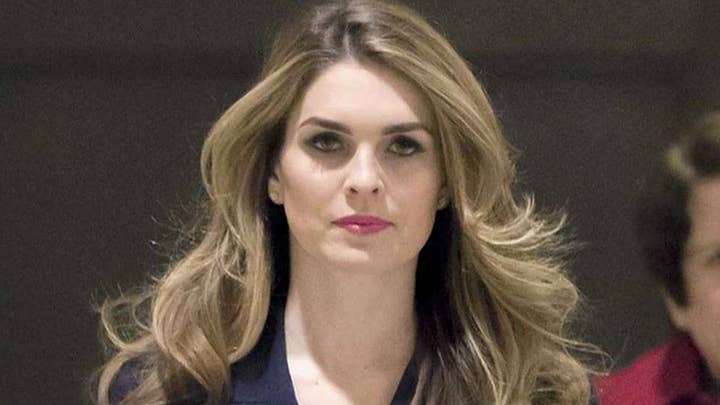 Republicans on the committee, however, saw the interview in a different light – arguing that Hicks’ testimony was consistent with what was already laid out in Mueller’s report and calling the interview a waste of time.

“The Democrats can try to re-litigate the Mueller investigation,” Rep. Doug Collins, R-Ga., said. “But, they don’t have the resources and they're simply just having dramatic readings.”

Collins added: “This is not something we need to be doing when we have a border crisis, when we have other things going on — this is just another press release for the Democrats.”

President Trump weighed in on Hicks' trip to Capitol Hill, slamming Democrats for putting his former staffer "through hell."

The interview marked the first time lawmakers heard from a person linked to Trump's inner circle since the release of Mueller's report. Obtaining the testimony Wednesday from Hicks was seen as a victory for the committee, given that Trump has said he will fight "all of the subpoenas." But, given the White House orders, it was unclear how much new information Hicks would provide.

Testimony from witnesses such as Hicks marked one step in House Speaker Nancy Pelosi's methodical approach to investigating Trump. More than 60 lawmakers in her caucus — including around a dozen on the Judiciary Committee — have called for opening an impeachment inquiry, but Pelosi, D-Calif., has said she wanted committees to investigate first and come to a decision on impeachment later.

While Trump has continued to block their requests, Democrats have made some minor gains in recent weeks with Hicks' appearance and the Justice Department's agreement to make some underlying evidence from Mueller's report available to committee members.

The Judiciary panel indicated it wanted a higher-profile interview with Hicks, subpoenaing her for public testimony. But, the panel agreed to the private interview after negotiations. A transcript of the session is to be released in the coming days. 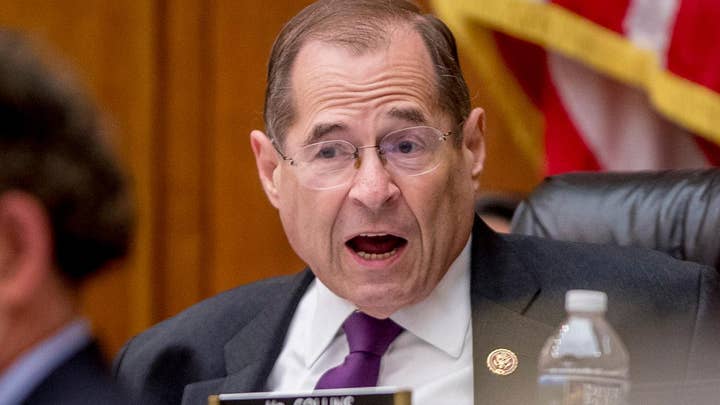 The committee also subpoenaed Hicks for documents. She agreed to provide some information from her work on Trump's campaign, but none from her time at the White House because of the administration's objections.

Hicks was seen as a key witness for Mueller, delivering important information to the special counsel's office about multiple episodes involving the president. Mueller wrote in his 448-page report released in April that there was not enough evidence to establish a criminal conspiracy between Trump's 2016 campaign and Russia, but he said he could not exonerate Trump on obstruction of justice. The report examined several situations in which Trump attempted to influence or curtail Mueller's investigation.

Aides to the Democrats said they planned on asking Hicks about several of those episodes, including efforts to remove Mueller from the investigation, pressure on former Attorney General Jeff Sessions and the firing of FBI Director James Comey. The aides spoke to The Associated Press on condition of anonymity to discuss their plans for the closed-door meeting. 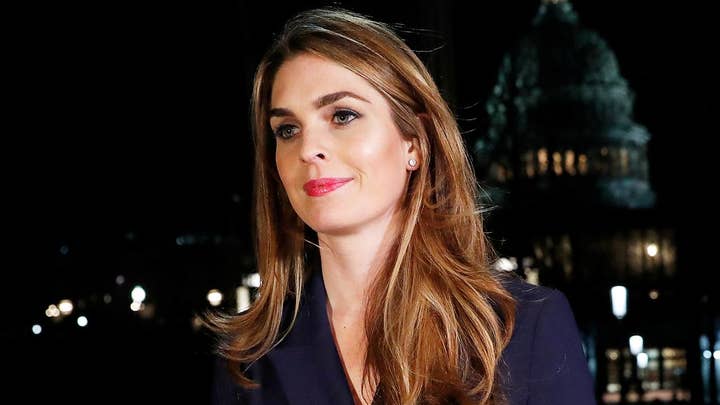 The aides said lawmakers also planned to ask about Hicks' knowledge of hush-money payments orchestrated by former Trump attorney Michael Cohen to two women who claimed to have had affairs with Trump — the adult-film actress Stormy Daniels and model Karen McDougal. Trump has denied the allegations. Cohen has been serving a three-year prison sentence partly for campaign violations related to the payments.

The Democrats planned to use some of Hicks' answers to those questions to inform a committee hearing with experts to review Mueller's report on Thursday.

Fox News’ Caroline McKee and The Associated Press contributed to this report.