Vice President Kamala Harris on Tuesday said she takes her role in tackling the migrant crisis "very seriously" ahead of her first trip to the Northern Triangle next month, as she sketched out her vision of how the U.S. would help tackle the "root causes" of the migrant crisis.

"This is a priority for our nation and a role that I take very seriously," Harris said. "We are all well-aware of the immediate situation. The citizens of El Salvador, Guatemala and Honduras are leaving their homes at alarming rates."

Harris has not held a press conference or been to the border in 41 days since being appointed to lead the U.S. diplomatic efforts in Mexico and Central America to tackle the root causes of the crisis that has seen a historic surge in migration at the border.

The U.S. saw more than 172,000 migrant encounters in March -- including a record number of unaccompanied migrant children that overwhelmed facilities and officials at the border -- and is expected to see similar numbers in April.

Harris’ office has emphasized that she is not tackling the border, per se, but the underlying issues leading to migration. Critics have acknowledged that root causes exist, but have blamed Biden rollbacks of key Trump-era policies like the border wall and the Remain-in-Mexico policy. 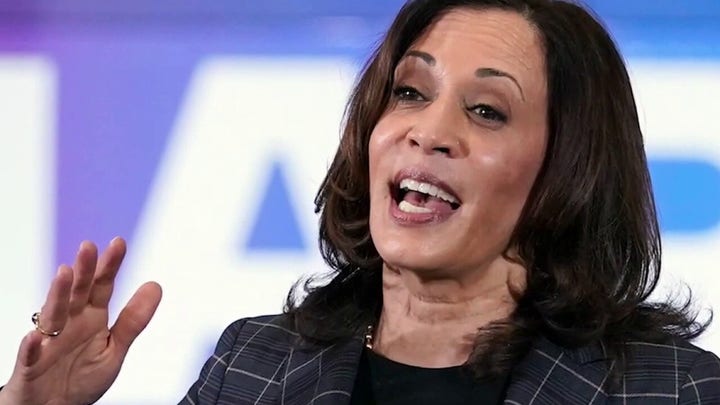 She cited food insecurity, government corruption, gang violence and even a lack of "climate resilience" as among the root causes of the crisis. On the issue of corruption, she accused the El Salvadoran government of trying to undermine its judiciary, and said that "we must respond."

"We want to help people find hope at home," she said. "So we are focused on addressing both the acute factors and the root causes of migration."

She noted that the U.S. had committed $310 million in aid to Central America, expected to be part of a larger $4 billion plan from the Biden administration to invest in the region.

Harris has so far made no plans to visit El Salvador but has so far held "virtual" meetings with the leaders of Guatemala and Mexico, and will visit both countries next month.

Those meetings, coming months after the crisis reached new levels, are unlikely to stem the criticism of Harris’ handling of the crisis or her lack of border visits. Republicans recently put her face of a milk carton with the slogan: "Missing at the border."