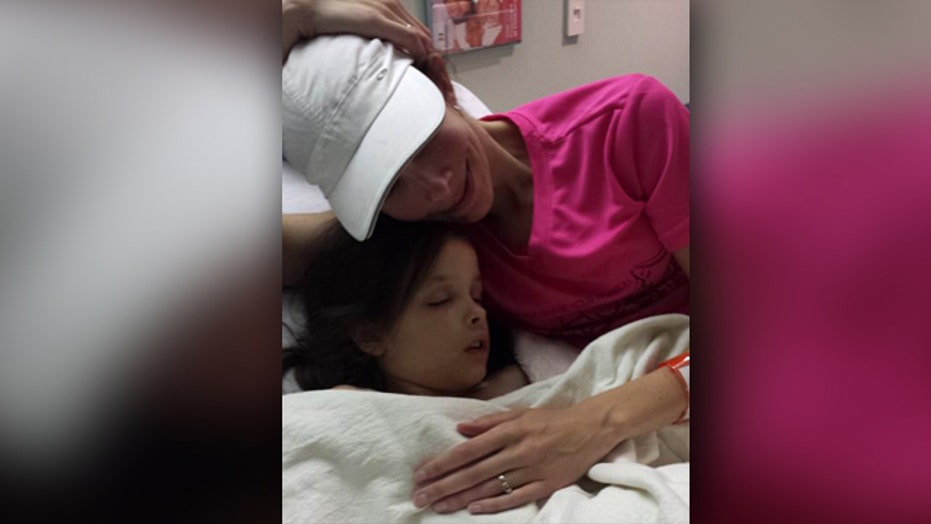 MARIETTA, Ga. – Faced with the rising cost of insuring their family of five, Lisa and Jonathan Adams canceled their high-deductible health insurance policy and put their faith in Medi-Share, a Christian organization whose members help pay one another's major medical expenses.

Five days later, their 7-year-old daughter fell out of a bunk bed and broke her arm. Medi-Share covered nearly the entire cost of her surgery and rehab therapy and provided something the Adamses had never received from an insurance company -- prayer.

"When I called to let them know that Jordan had broken her arm, the last thing they said was, 'Can we pray for you right now and pray for your family?'" Jonathan Adams recalled. "And they did, right there on the phone."

With just over 100,000 members, Medi-Share is part of a small, but growing, movement of health care-sharing ministries. These organizations are not insurance companies and offer no guarantee of payment.

But their members are exempt from having to pay penalties for lacking health insurance under the Affordable Care Act (ACA), better known as ObamaCare. And that is driving much of the growth of health care-sharing ministries, according to Tony Meggs, CEO of Christian Care Ministry, the nonprofit organization that runs Medi-Share.

"Our organization allows an individual to comply with the law in a legal way, but do it in a way that often is more affordable and doesn't violate their conscience," Meggs said.

Some religious Americans have opted out of ObamaCare because of its provisions for certain birth control methods, including intrauterine devices (IUDs) and "morning-after" pills. Others say they simply prefer sharing health care costs with other members of their faith tradition.

Although the federal government allows exemptions, not all medical providers are on board with health care-sharing ministries. Jonathan and Lisa Adams say they changed pediatricians after a skeptical business manager insisted they'd have to buy insurance through HealthCare.gov, instead of paying through Medi-Share.

"She said, 'Well, we don't accept it,'" Jonathan Adams recalled.

"She wasn't really interested in listening to anything that we had to say about it," Lisa Adams added.

The Adamses concede this faith-based alternative to ObamaCare isn't for everyone. But they say Medi-Share has been a good fit for their family, financially and theologically, once they got past the initial bumps.

"It was a challenge at first when we signed up -- when you're signing papers that say, 'This is not insurance,'" Jonathan Adams said. "You're stepping out on faith. But we use faith every day."