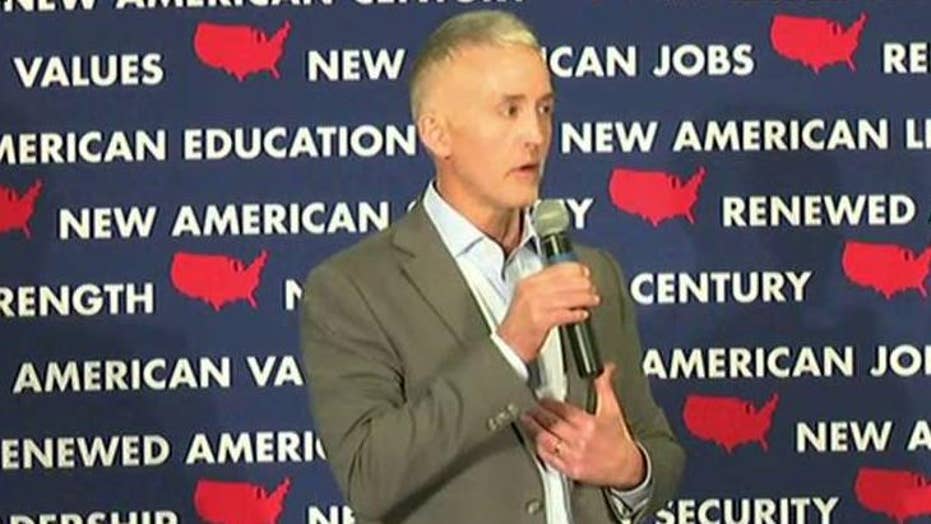 Trey Gowdy appearing on the campaign trail with Marco Rubio

“I found hope in the son of a barkeep and housekeeper,” Gowdy said at a town hall meeting in Clinton, Iowa. “I found my candidate. It’s Marco Rubio.”

Gowdy, chairman of the House Select Committee on Benghazi, said he’s backing Rubio largely on his strength and knowledge on national security and public safety issues.

“What good is freedom of speech if you’re dead or living in fear?” Gowdy asked.

However, his numbers have since dropped slightly, and he is now in third place with 11.6 percent of the vote, behind Texas Sen. Ted Cruz at 18.6 percent and Trump at 35.6 percent, according to a RealClearPolitics averaging of polls.

“I can’t tell you who to vote for,” Gowdy told audience members Tuesday. “But I’m going to vote for Marco Rubio. National security and public safety are the most important issues. And Marco Rubio is the best for them.”