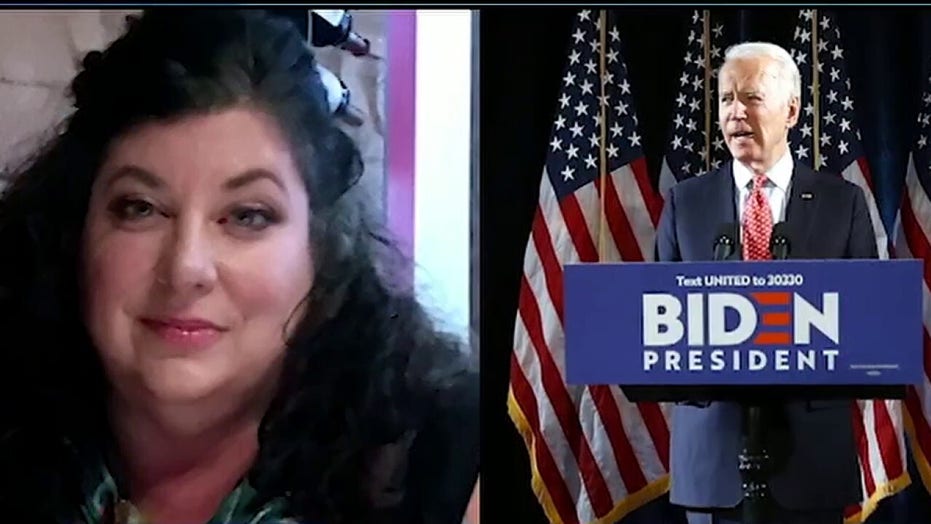 Biden accuser charged with check fraud in 1993, days before leaving his office

The National Republican Senatorial Committee, an organization dedicated to growing and protecting the GOP majority in the Senate, has started hammering Democratic Senate candidates over their responses to Tara Reade's allegation of sexual assault against presidential candidate Joe Biden in an apparent effort to expand the issue to down-ballot races.

Biden has repeatedly denied the allegation.

In a rapid-fire string of email blasts over the weekend, an NRSC spokesperson highlighted the responses -- or lack thereof -- to the Reade allegation of five Democrats who are either running to unseat an incumbent Republican or up for reelection themselves in competitive races.

The emails targeted Sen. Doug Jones, D-Ala., Sen. Gary Peters, D-Mich., and candidates Theresa Greenfield of Iowa, Sara Gideon of Maine and Steve Bullock of Montana, citing a Politico story on the effect the Reade allegation is having on Senate races. 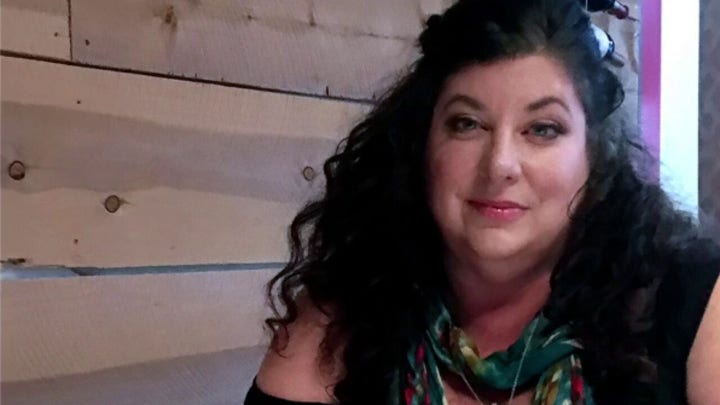 The emails indicate that Republicans, who are working to keep their tenuous hold on the Senate majority in the November elections with an electoral map that works against them, see the Reade allegation and implied hypocrisy of Democrats supporting Biden despite Reade's story as an issue that could hurt the rival party in those races.

One email targeting Sara Gideon, who is running against moderate incumbent Sen. Susan Collins, R-Maine, says that "Gideon launched her campaign for U.S. Senate on the basis of Senator Collins' vote for Justice Kavanaugh" while noting that she has reaffirmed her support for Biden's presidential bid.

"Sexual assault and sexual harassment are incredibly serious issues and for too long, people have been too afraid to come forward. Every person should be able to come forward and tell their story, and have it thoroughly looked into,” Gideon's statement to Politico reads. “I voted for Joe Biden in the primary because I thought he could bring this country together and meet the challenges we face. I still believe that to be true."

That statement is in contrast to what Gideon has previously said about Supreme Court Justice Brett Kavanaugh.

"At the time of his confirmation, there was plenty of evidence that put into question Brett Kavanaugh's fitness for the Supreme Court," Gideon said in one tweet. "Senators Collins cast a critical vote to confirm him anyway, and she said she doesn't regret it."

"One year ago today," Gideon said in another tweet with a photo of Kavanaugh accuser Christine Blasey Ford being sworn in to give her testimony to the Senate Judiciary Committee about her allegation of sexual assault against Kavanaugh. "Thank you Dr. Ford for your bravery. #BelieveWomen."

Gideon's campaign did not respond to a request for comment.

The NRSC also targeted Bullock, who is Montana's current governor and is seeking to unseat Sen. Steve Daines, R-Mont.

"New reporting from POLITICO highlights Steve Bullock’s hypocritical and problematic standard for believing women’s accusations of sexual harassment and assault," an NRSC email says. "Accusing him, or his staff, or his party’s presidential nominee? #BelieveMen ...  Accusing a political opponent? #BelieveWomen."

A former Bullock staffer previously was accused of sexual harassment. The email includes a Bullock statement in response to the Reade allegations, which avoids condemning Biden over Reade's sexual assault story.

"It was important that Vice President Biden addressed this, head on and in a serious manner,” the Bullock statement to Politico reads. “Americans are looking for transparency from their leaders, and Joe Biden delivered on that."

The NRSC email contrasts that statement with Bullock's reaction to the allegations against Kavanaugh during his contentious confirmation process, which was plagued by sexual-assault claims of varying credibility.

"When a woman comes out with a credible claim, a claim that she was sexually assaulted, that should be investigated," Bullock said on "The Axe Files" podcast, hosted by former Obama adviser David Axelrod. "So do an investigation, figure it out, right? As opposed to talking over one another or saying, ‘I’ve been victimized,’ just do an investigation. That’s what we’ve done in the past.”

Bullock's campaign did not respond to a request for comment.

The email blasts also hit Jones, who is up for a difficult re-election in a red state, and Theresa Greenfield, who is challenging Sen. Joni Ernst, R-Iowa. Both Greenfield and Jones have affirmed their support for Biden. While Greenfield does not have significant on-the-record statements on Kavanaugh, the NRSC email targeting her notes that her candidacy is financially supported by D.C. Democrats who were quick to condemn Kavanaugh.

"Greenfield’s loyalty to Washington Democrat special interests and their millions of dollars of campaign cash will stop for nothing, even accusations of sexual assault," NRSC Press Secretary Nathan Brand said.

Jones opposed Kavanaugh's nomination as a sitting senator in 2018.

Jones said at the time that the "nomination process has been flawed from the beginning and incomplete at the end. Dr. Ford was credible and courageous and I am concerned about the message our vote will be sending to our sons and daughters, as well as victims of sexual assault. I will be voting no."

When asked about the Reade accusation against Biden, Jones reportedly told Politico that comparing it to Kavanaugh is "apples to oranges."

"It wasn’t just about who you believed, it was about the whole nature of the Kavanaugh hearings, the lack of investigation,” Jones said, according to Politico. “I mean we got a president of the United States who simply said I didn’t do it and they’re OK with all of that? As we say in the south, that’s kind of the pot calling the kettle black. I don’t think they want to start really opening up allegations of misconduct like that."

Neither Greenfield nor Jones responded to requests for comment.

Finally, the NRSC hit Peters for his failure to weigh in on the sexual assault against Biden about a month-and-a-half after Reade's story was initially reported.

"His silence on these sexual assault allegations makes clear that he will continue to toe the line with the Washington special interests spending millions to bankroll his political career," Brand said.

On Kavanaugh, however, Peters said that he "found Dr. Ford's testimony before the Judiciary committee compelling & credible."

He added: "While I'm opposed to Judge Kavanaugh's nomination b/c of his rulings that are hostile to Michigan workers & our environment, the nation deserves to have more facts about the allegations."

Peters did not respond to a request for comment.

The Reade allegation has also sent shockwaves through the races in Georgia and Kentucky. And it threatens to become a wedge issue in other close races in North Carolina, Colorado, Arizona and Kansas with Republicans apparently seeing the Reade allegation against Biden as a weapon against Democrats despite the many similar allegations against President Trump, which he, like Biden, has denied.

Reade alleges that Biden penetrated her with his fingers while she was an aide in his Senate office in 1993. She initially came forward to accuse Biden of inappropriate touching last year, as did several other women. But she told a different version of her story to podcast host Katie Halper earlier this year which raised the level of the allegation to sexual assault.

Biden, his campaign, and former aides of Biden's from the time have all denied seeing or hearing about the event Reade describes, and say it is not something that could have happened in Biden's Senate office at the time. Meanwhile, a handful of Reade's associates have come forward to say they remember her telling them about the alleged assault well before Reade came forward publicly against Biden.

Reade's accusation has also been bolstered by a 1996 court document, first reported by the San Luis Obispo Tribune, in which Reade's then-husband mentions "sexual harassment, in U.S. Senator Joe Biden's office." The document does not directly refer to Biden or mention sexual assault. A resurfaced clip of a 1993 episode of "Larry King Live" also supported Reade's story, with a woman Reade says is her mother calling into the show to talk about "problems" her daughter was having in the office of a prominent U.S. senator. The woman on the call does not mention Biden or sexual assault.

Biden took more than a month to address the Reade allegations personally before agreeing to an interview with MSNBC's "Morning Joe."

“No, it is not true,” Biden said on the program. “I’m saying unequivocally it never, never happened and it didn’t. It never happened.”