Former President Ronald Reagan said during his 1984 reelection campaign that Southern California’s Orange County is the place where “good Republicans go to die.”

For decades, the wealthy, suburban county – about 20 miles south of downtown Los Angeles – has been a conservative stronghold in a state that has become increasingly liberal.

But, since the 2018 midterm elections, the so-called “Orange Curtain” has come down and Democrats have made huge gains in an area once dominated by Republicans.

A statue of former President Ronald Reagan in front of a home on Orange County's Balboa Island in Newport Beach, California, in 2018. (Mario Tama/Getty Images, File)

The shift speaks to the GOP's ever-shrinking foothold in the Golden State. Just recently, the number of registered Democrats surpassed the number of registered Republicans in Orange County for the first time since the Watergate era, with the county Registrar of Voters – as of Wednesday – having 548,952 Democrats compared with just 548,095 Republicans.

While not an enormous advantage, it did mark a drastic shift from the Republican Party’s halcyon days of the early 1990s, when it enjoyed a 22-percentage point advantage over Democrats, and it's mirrored a trend seen in recent years across California’s more conservative areas.

In the last few years, neighboring San Diego County flipped to the Democrats and, on election night last November, California’s 25th Congressional District went Democrat for the first time since 1993 when upstart politician Katie Hill defeated incumbent Republican Steve Knight. The 2018 midterm elections also saw all of Orange County’s districts go Democratic as well as most of San Diego County – turning the state’s congressional delegation, and statehouse, an even deeper shade of blue.

Republicans now hold only seven of the state's 53 congressional seats, and both seats in the Senate are held by Democrats.

“We have seen since 2016, and even before that, that we’re becoming bluer and bluer,” Ada Briceño, the chair of the Orange County Democratic Party, told Fox News. “We know that trend is going to continue. The changes in our demographics are going to ensure that and the fact that we have activists and leaders on the ground working extremely hard to make sure that we are moving and speaking and enamoring people.” 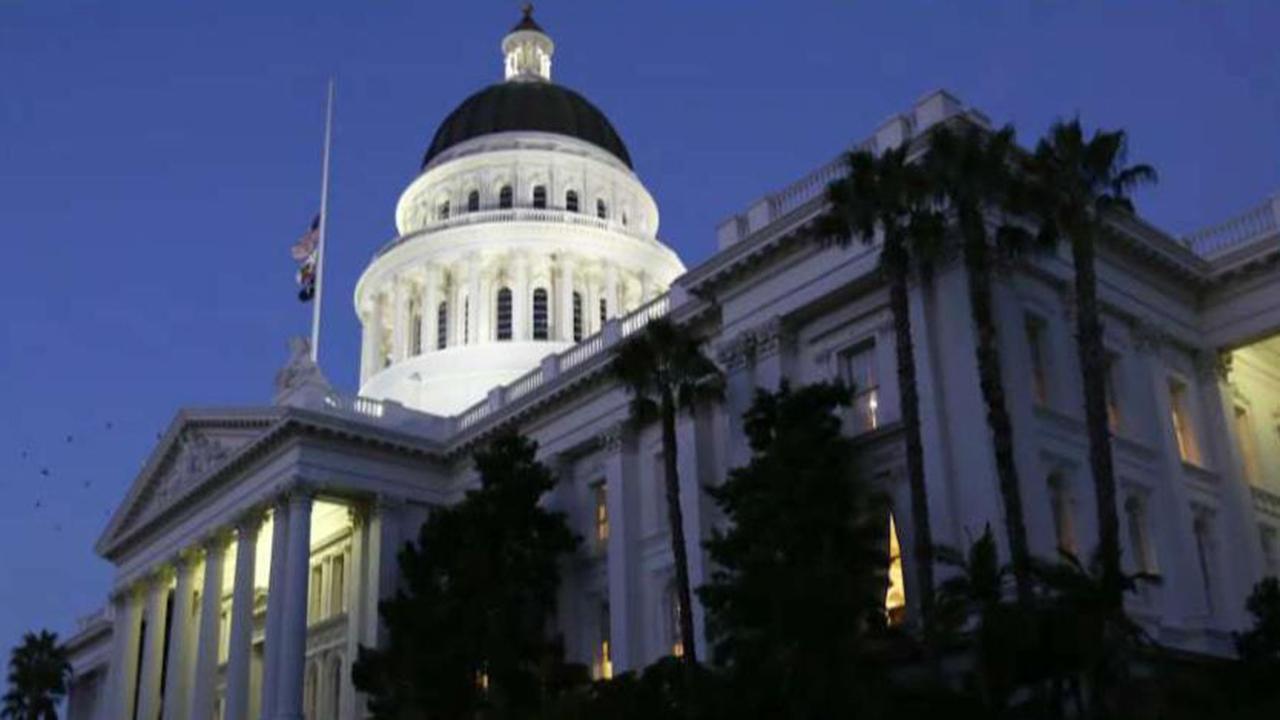 Both Democratic and Republican leaders have cited the changing demographics and voter base in the region as one of the main reasons for the shift in political alignment in recent years.

The immigrant population of Orange County, for example, grew five times as fast as the general population between 1980 and 2000 and, despite a slowing influx of new immigrants, the region’s Asian and Latino populations are likely to continue on an upward trajectory thanks to the children of immigrant families born in the United States.

In California’s 48th Congressional District, which last fall saw longtime Republican fixture Dana Rohrabacher lose to Democrat Harley Rouda, the Latino population went from 38,803 in 1980 to 145,585 in 2017 – or from 8 percent of the district’s population to 21 percent.

Similarly, in the state’s 45th Congressional, where Democrat Katie Porter won last November against incumbent Republican Mimi Walters, the Asian-American population skyrocketed from 14,528 in 1980, or 4.4 percent, to almost a quarter of the district’s total population in 2017 with 175,540.

Republican leaders in California have admitted they needed to do a better job of fielding candidates who appeal to a diversifying voter base, but said Democrats have been playing “identity politics” and eventually the pendulum will swing back toward the right.

“The Democrats are really good at playing identity politics, but identity politics is a sugar high,” Tony Krvaric, the chair of the Republican Party of San Diego County, told Fox News. “Eventually people are going to wake up and realize Democrats have done nothing for them.”

ANALYSIS: CALIFORNIA POLITICS WILL GET CRAZY IN 2019.

Democrats have balked at this assertion, arguing that while they certainly have worked to recruit younger and more diverse voters, the spike in registrations to their party has included people from all walks of life and has been buoyed by the party’s stance on issues ranging from immigration to the environment compared with those of the Republicans – and, in particular, the hardline rhetoric of President Trump.

“The rhetoric that Trump is putting out there is really turning Orange County folks off,” Briceño said. “We had a guy in his 70's who had been a Republican for over 20 years come into the office just the other day and switch over to become a Democrat because of Trump’s rhetoric.”

“[Trump] has given us a nice gift,” Briceño added. 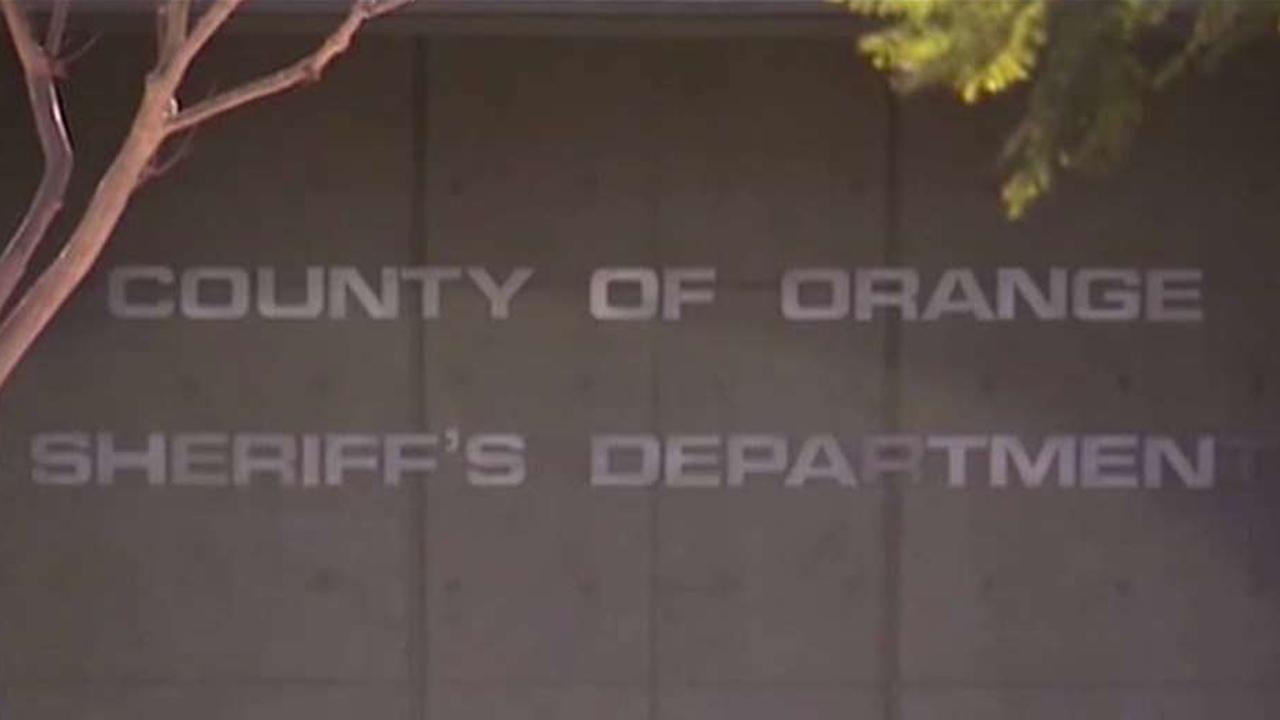 Political observers in the state have tended to agree with this assertion, recalling the last time a place like Orange County flipped to the Democrats was following Richard Nixon’s resignation from White House in the wake of the Watergate scandal.

“Trump people all think it’s some conspiracy, while people who don’t like him say it’s a big change in ideology,” Will Swaim, the president of the California Policy Center, told Fox News. “But anytime you see a sudden shift in voter registration, it’s not a shift in philosophy or ideology. It’s about the person at the top of the ticket.”

Swaim added that while many Republicans in the region may have agreed with some of the Trump administration’s policies, specifically regarding the economy and trade, the president’s boisterous and combative style also has rubbed many the wrong way.

“It’s really the president’s way of behaving that offends people,” he said. “They may like his policies, but they don’t like how he behaves.”

Orange County Republican Party Chairman Fred Whitaker noted the legalization of what critics called “ballot harvesting” -- in which absentee voters give their completed ballots to third-party groups which submit them. “The number of election day vote-by-mail drop-offs was unprecedented — over 250,000. This is a direct result of ballot harvesting. That directly caused the switch from being ahead on election night to losing two weeks later... We have to develop a response to this new law that allows us to remain competitive while recognizing the realities of Republican voter attitudes towards handing over their ballot.”

Whitaker said he would not seek a review from the state attorney general, the Washington Post noted.

Despite the recent shift toward the Democrats in places like Orange and San Diego counties, Swaim said that, if historic trends are any indication, the areas will revert back to the GOP.

“The last time this happened, the phenomenon was pretty short-lived,” he said. “Conservative principles will continue to thrive here, but the Democrats have made some inroads.”