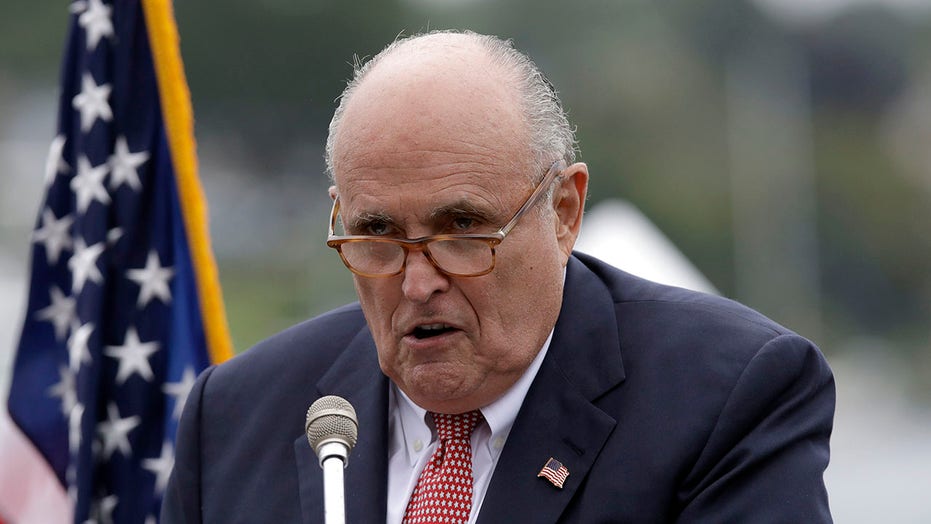 President Trump’s personal attorney Rudy Giuliani sounded off about the president’s impeachment Thursday, repeatedly calling on the Supreme Court to step in and declare it “unconstitutional.”

Giuliani argued that impeachment can only be pursued for “Treason, Bribery, or other high Crimes and Misdemeanors,” referencing Article II, Section 4 of the Constitution, but the impeachment voted on by the Democratic-led House charged no such crimes.

“If this impeachment is not declared illegal it would remove the constitutional limitation of crimes on the power to impeach,” Giuliani explained on Twitter. “It would allow the House to impeach for policy differences or political leverage.”

Giuliani, in an op-ed published in the Daily Caller, said the first article of impeachment “abuse of power,” is “not a crime of any kind, high or low.” President Trump asking Ukrainian President Volodymer Zelensky to investigate “bribery, extortion and money laundering” as well as allegations of Ukrainians illegally supplying information to Democratic Party officials was well within his rights, according to the former New York City mayor.

The second impeachment article, obstruction of Congress, was based on the executive branch challenging proceedings and subpoenas “based on recognized legal privileges that were being violated,” Giuliani said.

"It would prevent a future president to raise any challenge to the most illegal, overbroad subpoena from any of the multitude of congressional committees and sub-committees," if impeachment is not declared unconstitutional, Giuliani said on Twitter.

“No documents were destroyed, cellphones were not smashed with hammers, and servers were not bleached. They were preserved for a proper judicial review and decision of legality and constitutionality, hardly an impeachable offense,” he added.

Giuliani argued that though the Constitution was silent on the Supreme Court’s role in impeachment, former Chief Justice John Marshall established that “judicial review is implicit as the only logical answer to constitutional standoffs between the legislative and executive branches or between the federal and state governments.”