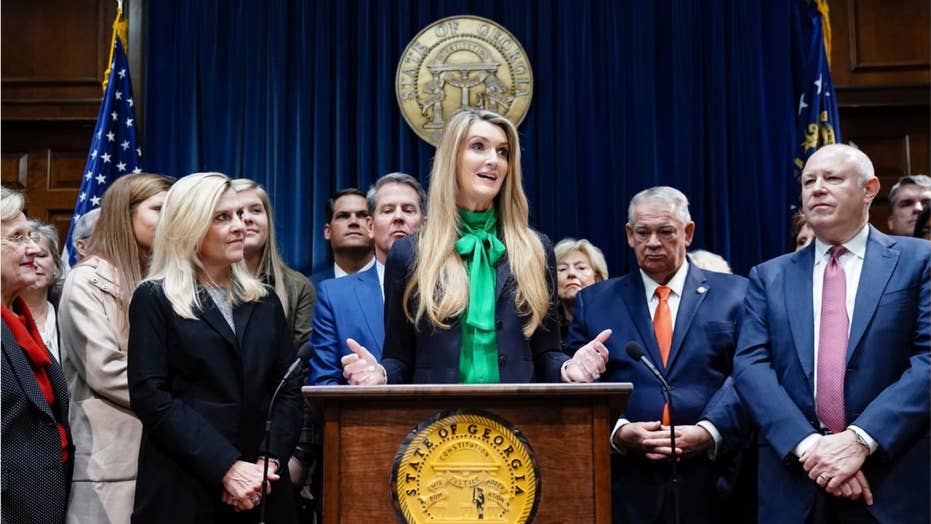 Georgia Gov. Brian Kemp appointed businesswoman Kelly Loeffler to the U.S. Senate on Wednesday to succeed the retiring Johnny Isakson, who is leaving office at the end of the year due to health issues.

Kemp's decision came despite intense criticism from conservative allies of President Trump who wanted Kemp to appoint Rep. Doug Collins, one of Trump’s staunchest defenders in Congress. Loeffler, a co-owner of the Atlanta Dream professional woman’s basketball team, on Wednesday attempted to assuage the concerns of those who were against the political outsider.

GEORGIA GOP SEN. ISAKSON TO RESIGN AT END OF YEAR, AMID BATTLE WITH PARKINSON'S

Georgia Gov. <a data-cke-saved-href="https://www.foxnews.com/politics/georgia-gov-brian-kemp-signs-controversial-heartbeat-bill-into-law" href="https://www.foxnews.com/politics/georgia-gov-brian-kemp-signs-controversial-heartbeat-bill-into-law">Brian Kemp</a> appointed businesswoman Kelly Loeffler to the U.S. Senate on Wednesday to succeed the retiring Johnny Isakson, who is leaving office at the end of the year due to health issues.

"I haven’t spent my life trying to get to Washington. But here’s what folks are going to find out about me: I’m a lifelong conservative. Pro-Second Amendment. Pro-military. Pro-wall. And pro-Trump," she said.

Collins, the ranking member of the House Judiciary Committee, delivered an impassioned statement against impeaching Trump during a hearing Wednesday morning. He has publicly left open the door to challenging Loeffler for the seat, which is up for reelection in November 2020, despite Senate Majority Leader Mitch McConnell, R-Ky., expressing support for Loeffler.

At the center of the debate over Loeffler’s appointment was a question of who can best help the GOP position itself for success in next year’s elections, as Republicans battle to maintain control of the Senate and White House.

Loeffler’s supporters believe she can widen the Republican tent and appeal to women and suburban Atlanta voters, who have fled the party since Trump’s election. Her critics counter that an experienced campaigner with conservative credentials is needed to bring out the Republican base.