Matt Gaetz responds to sex trafficking allegations against him: It's a lie

In what Tucker Carlson called "one of the weirdest interviews" he's ever conducted, Florida Republican Congressman Matt Gaetz reacted on "Tucker Carlson Tonight" to a report from the New York Times that broke late Tuesday afternoon alleging Gaetz is the subject of a federal sex trafficking investigation involving a then-17-year-old girl.

The Times cited three anonymous sources "briefed on the matter," which alleges that the 38-year-old had a relationship with the girl and paid for her travel at one point.

The Pensacola lawmaker pushed back strongly against the allegations, saying that he is the victim of "extortion" involving an ex-Justice Department official seeking a $25 million payoff.

Gaetz told Carlson in an exclusive TV interview that the Times story was leaked in order to "quell" what the lawmaker claimed would be a planned $25 million payoff on Wednesday that would implicate this former official.

"What was supposed to happen was the transfer of this money that would have implicated the former colleague of these current DOJ officials. But that's obviously not going to happen tomorrow because [of the leak]," Gaetz said. 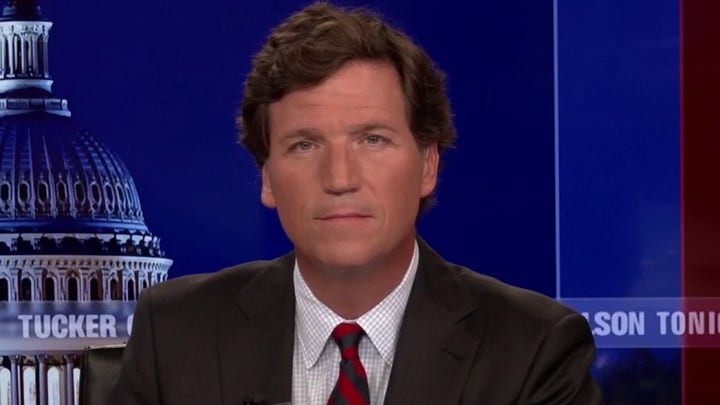 The lawmaker said that his father, former Florida State Senate President Donald Gaetz, R-Okaloosa, has been wearing a covert wire at the behest of the FBI to "catch these criminals" involved and that the DOJ must release the recordings from the elder Gaetz's wire -- which he maintained would exonerate him of the damaging allegations.

Gaetz also claimed that his political opponents, namely California Congressman Ted Lieu, were already using these allegations to call for his legislative head -- blaming the current political climate's proclivity to "smear" opponents "out of the conversation."

"It is a horrible allegation and it is a lie. The New York Times is running a story that I have traveled with a 17-year-old woman and that is verifiablably false. People can look at my travel records and see that that is not the case. What is happening is an extortion of me and my family..." Gaetz said.

In a bizarre twist, Gaetz brought up a years-old allegation made against Carlson, "I’m not the only person on screen right now who has been falsely accused of a terrible sex act," Gaetz stated. "You were accused of something you did not do so you know what this feels like. You know the pain it can bring to your family and you know how it puts people on defense when you are accused of something so salacious and awful."

Carlson dismissed Gaetz's effort to deflect from the allegations made against his guest. "You just referred to a mentally ill viewer who accused me of a sex crime 20 years ago and, of course, it was not true," said the host. "I never met the person. But I do agree with you that being accused falsely is one of the worst things that can happen and you do see it a lot."

Later in the interview, Gaetz again tried to make Carlson part of the story, after Carlson asked the congressman what the basis of the Justice Department's investigation into him was.

"I can say that actually you and I went to dinner about two years ago, your wife was there and I brought a friend of mine, you'll remember her," Gaetz told Carlson. "And she was actually threatened by the FBI, told that if she wouldn’t cop to the fact that somehow I was involved in some pay for play scheme that she could face trouble and so I do believe that there are people at the Department of Justice who are trying to smear me. You know, providing for flights and hotel rooms for people that you are dating who are of legal age is not a crime and I’m just troubled that lack of any sort of legitimate investigation into me would then permute, would then convert into this extortion attempt."

Carlson quickly denied any recollection of Gaetz's dinner date, "I don’t remember the woman you are speaking of or the context at all, honestly."

Carlson ended the interview, expressing confusion with the story, but asking Gaetz what he intends to do now that he publicly accused a former DOJ official of trying to extort him.

"So here is what needs to happen next," Gaetz responded, "The FBI and the department of justice must release the tapes that are in their possession that were done at their direction. Those tapes will show that I am innocent and that the whole concept of sex charges against me was really just a way to try to bleed my family out of money and probably smear my name because I am a well-known outspoken conservative and I guess that’s out of style in a lot of parts of the country right now."

After the interview wrapped Carlson went to break but before his next segment began, he addressed the interview saying he didn't think it "clarified much."

"You just saw our Matt Gaetz interviews that was one of the weirdest interviews I have ever conducted," the veteran anchor claimed. "That story just appeared in the news in the couple hours ago. On the certainty there is always more than you read in the newspaper we immediately called Matt Gaetz and asked him to come on and tell us more which, as you saw, he did.

"I don’t think that clarified much. But it certainly showed this is a deeply interesting story and we will be following it. Don’t quite understand it but we will bring you more when we find out." 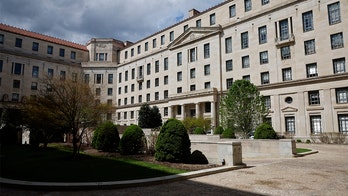 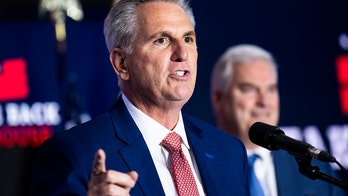