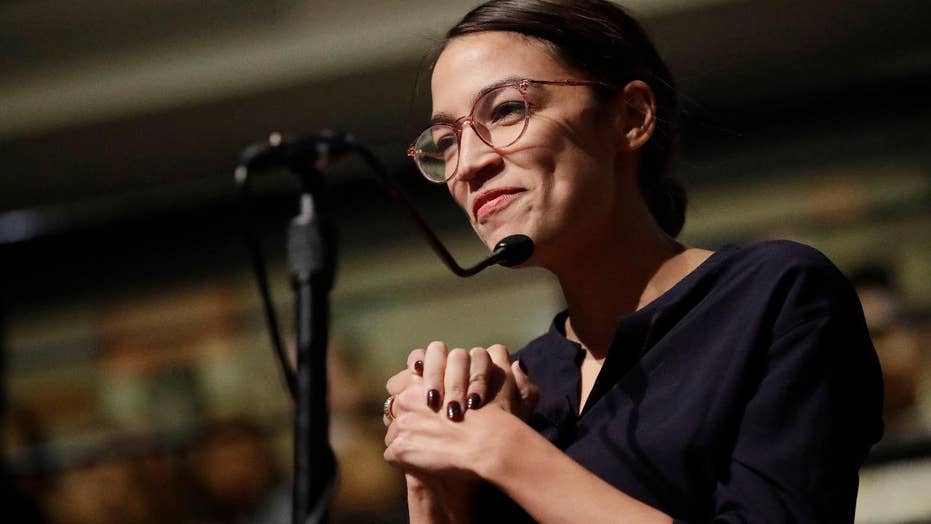 Ocasio-Cortez vs. the press

Rep. Alexandria Ocasio-Cortez, D-N.Y., used a strange – and sexually charged – phrase to describe to The Washington Post her plan for implementing a progressive agenda.

“... enjoy being exhausted for the next two years while we run train on the progressive agenda,” the newly minted congresswoman told the newspaper.

OCASIO-CORTEZ CALLS QUESTION ABOUT PAYING FOR MEDICARE FOR ALL "PUZZLING"

The cringeworthy pledge appeared in the transcript of an extensive interview Ocasio-Cortez gave The Post, in which she complained of being targeted by conservatives. She noted a fake photo that has circulated, purporting to show her in a bathtub, and said her critics have run out of ammunition.

“What have you got left?” she asked. “I’m six days into the term, and you already used all your ammo. So enjoy being exhausted for the next two years while we run train on the progressive agenda.”

Pundits were quick to chime in, with conservative commentator Ben Shapiro labeling the word choice as"hilariously terrible." Twitchy sought an explanation for the odd phrase, tweeting, "Over to you, Rep. Ocasio-Cortez. WTH did you mean by this?"

Others posted memes and GIFs on the web.