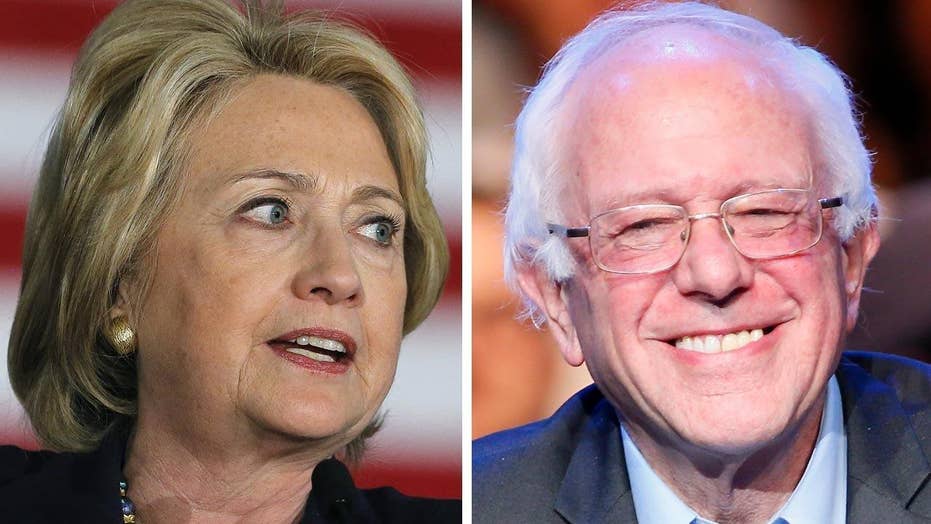 Momentum in Nevada is shifting to the Democratic socialist; Ed Henry reports on 'Special Report'

Bernie Sanders is ahead of Hillary Clinton by a 50-37 percent margin among New Hampshire Democratic primary voters.

That’s according to the latest Fox News poll, released Friday.

Sanders has increased his advantage over Clinton since mid-November, when he was up by just one point (45-44 percent).

The senator from neighboring Vermont continues to do well among the younger crowd.  Voters under age 45 pick him over Clinton by a 24-point margin (55-31 percent).

Men back Sanders by 23 points, while women give him the edge by seven.

The Fox News Poll is conducted under the joint direction of Anderson Robbins Research (D) and Shaw & Company Research (R). The poll was conducted January 4-7, 2016, by telephone (landline and cellphone) with live interviewers among a sample of 800 New Hampshire registered voters selected from a statewide voter file.  Results based on the sample of 386 Democratic primary voters have a margin of sampling error of plus or minus five percentage points.