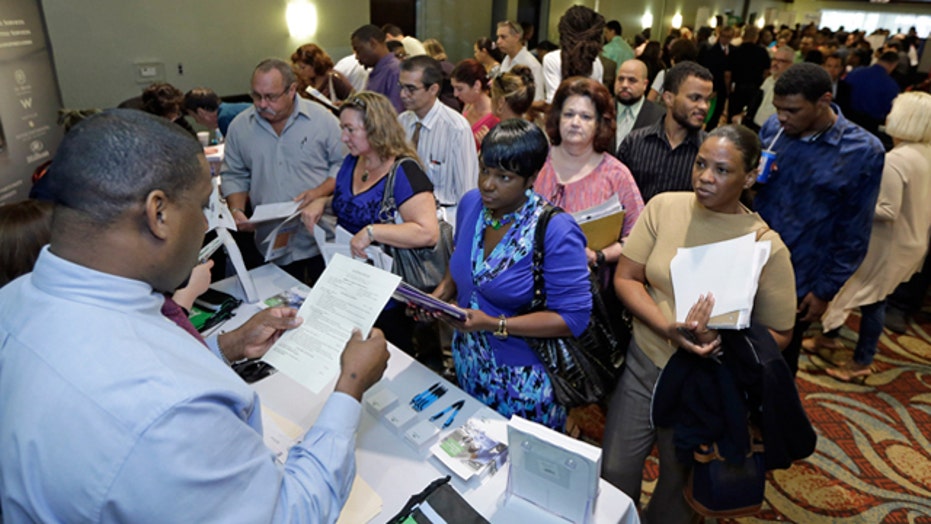 Sure, things are much better. Just not for me.

That’s how many American voters view the economy, according to the latest Fox News poll.

The number saying the country is still in a recession is down more than 20 percentage points since 2010. Yet the number saying their family is “falling behind” financially is the same. And while more people are getting ahead -- the largest portion is still just getting by.

In 2010, an overwhelming 88 percent felt the country was in a recession. That’s down to 65 percent in the new poll, released Wednesday. That includes 37 percent who also think things are getting better and 28 percent who say things could get worse.

The one-third (33 percent) who says the recession is over includes 18 percent who feel another could be coming. An optimistic 15 percent believe both the recession is completely over and the economy is recovering. That was three percent in 2010.

Republicans (42 percent) are much more likely than Democrats (13 percent) to think the country is still in a recession and things could get worse.

When asked about their family’s finances, 31 percent say they are getting ahead. While still a minority, that’s up from 24 percent in 2013 and 27 percent in September 2009 (in the first year of President Obama’s first term).

Voters living in households with annual income over $50,000 are twice as likely as those with lower incomes to say they are getting ahead (42 percent vs. 20 percent).

Meanwhile, more voters are giving President Obama a thumbs-up on the economy: 46 percent approve of the job he’s doing, while 50 percent disapprove. In December, just two months ago, he was underwater by 12 points (43-55 percent). His all-time low rating on the economy came in August 2011 when 34 percent of voters approved and 62 percent disapproved.

The president’s overall rating stands at 45 percent approval vs. 49 percent disapproval. This is the first time since August disapproval of Obama’s job performance has been below 50 percent. It was 42-52 percent a month ago (January 11-13, 2015).

Obama’s recently-proposed federal budget includes new spending on infrastructure as well as domestic programs -- plus a pay raise for federal workers. People like that idea -- as long as someone else pays for it.

By a 61-38 percent margin, voters oppose Obama’s proposal if their taxes would go up. However, if taxes only go up on “people who earn more” than they do, voters reverse and support it by 53-44 percent.

All in all, do people want the government to do more? Not really. Forty-nine percent think the government is providing too many services for too many people. That’s down from 54 percent in 2014.

About one in four (23 percent) believes the government is doing too little for too few. That’s mostly unchanged from last year (24 percent) and up a touch from 20 percent in 2012.

Another 22 percent of voters feel services are being provided at the right level, up from 19 percent (2014).

Republicans think Uncle Sam should be cutting taxes and reducing regulations by a wide 54-point margin (75-21 percent). Democrats go for expanding programs and increasing spending -- but by a much smaller 18-point margin (58-40 percent).

A whopping 21 percent of voters approve of the job Congress is doing. The last time approval of Congress was above the teens was June 2011. Seventy-two percent still disapprove.