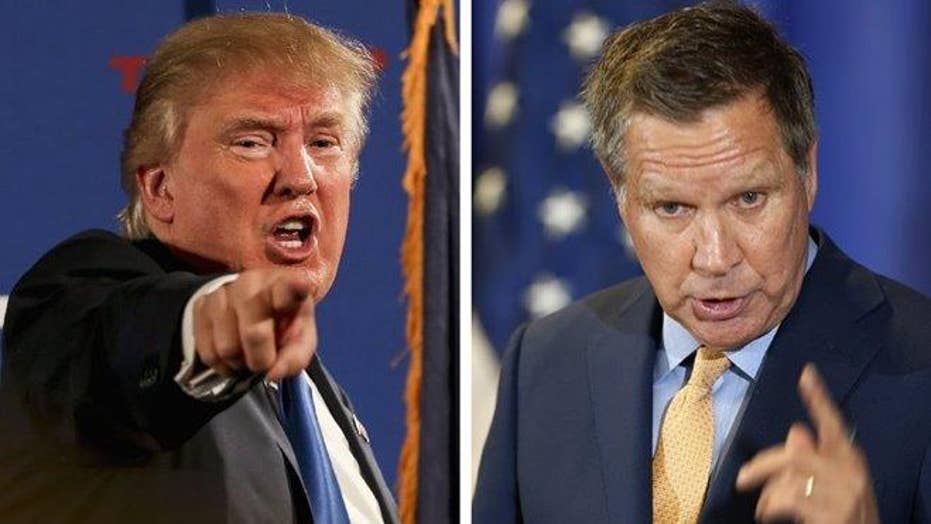 Fox News announced Wednesday that the network has canceled the Republican presidential primary debate scheduled for Monday in Salt Lake City, after first Donald Trump and then John Kasich said they would not attend.

"On Feb. 20, the Republican National Committee announced that a GOP presidential primary debate would be held on March 21 in Salt Lake City. They offered that debate to Fox News Channel to host, provided there were enough candidates actively campaigning. This morning, Donald Trump announced he would not be participating in the debate. Shortly afterward, John Kasich's campaign announced that without Trump at the debate, Kasich would not participate. Ted Cruz has expressed a willingness to debate Trump or Kasich -- or both. But obviously, there needs to be more than one participant. So the Salt Lake City debate is cancelled.”

The Republican presidential front-runner, coming off a set of victories in Tuesday’s primaries, told Fox News earlier Wednesday that he did not plan to attend the debate.

He said he thinks the candidates have had “enough debates,” and he plans to make a speech that night instead.

After the comments, Kasich’s campaign said the Ohio governor had hoped to face off against Trump and was disappointed in the billionaire businessman’s decision. The campaign indicated in the statement that Kasich would only attend if Trump does, saying, “If [Trump] changes his mind, we will be there."

Utah and Arizona vote in the Republican primary race next week. Only three candidates remain, after Florida Sen. Marco Rubio suspended his bid following his loss in his home state to Trump on Tuesday.