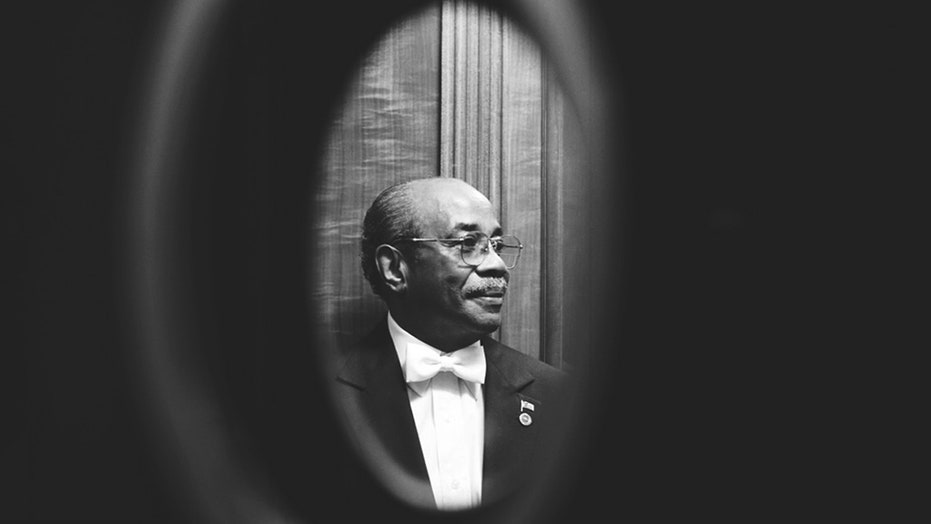 Wilson Roosevelt Jerman, a former White House butler who served 11 presidents in various roles across seven decades, has died. He was 91.

The cause of death was COVID-19, Fox 5 DC reported.

Jerman joined the White House staff in 1957. From former presidents Dwight D. Eisenhower to Barack Obama, he held roles first as a housekeeper then later a doorman and butler.

“During the Eisenhower administration, he started off as a cleaner,” his eldest granddaughter, Jamila Garrett, told Fox 5.

During the Kennedy administration, it was first lady Jacqueline Kennedy who promoted him to White House butler, according to Garrett.

“She was instrumental in ensuring that that happened,” she said.

Jackie and John Kennedy walk with their two children, John and Caroline. (Getty)

Jerman’s position at the White House spanned decades of changes, as security efforts increased and 1600 Pennsylvania Ave. evolved from an official residence into a major catering facility, according to the White House Historical Association.

Near the end of his career, he stepped into a part-time role. He was one of the White House’s longest-serving employees.

Part of his longevity there, serving at the pleasure of presidents from both political parties, might have been his habit of keeping mum about his job outside of the workplace.

“There would be too many questions asked,” he told Vanity Fair in 2017. “You see, you never see. You hear, you never hear. And you don’t know nothing.”

The coronavirus has surpassed 1.5 million confirmed cases in the U.S., according to Johns Hopkins University. More than 92,000 people have died from the illness domestically.

Worldwide, the case total was approaching 5 million as of Wednesday afternoon, with over 325,000 deaths.

Older adults and people with underlying medical conditions are at higher risk for severe cases of the illness, according to the Centers for Disease Control and Prevention (CDC).