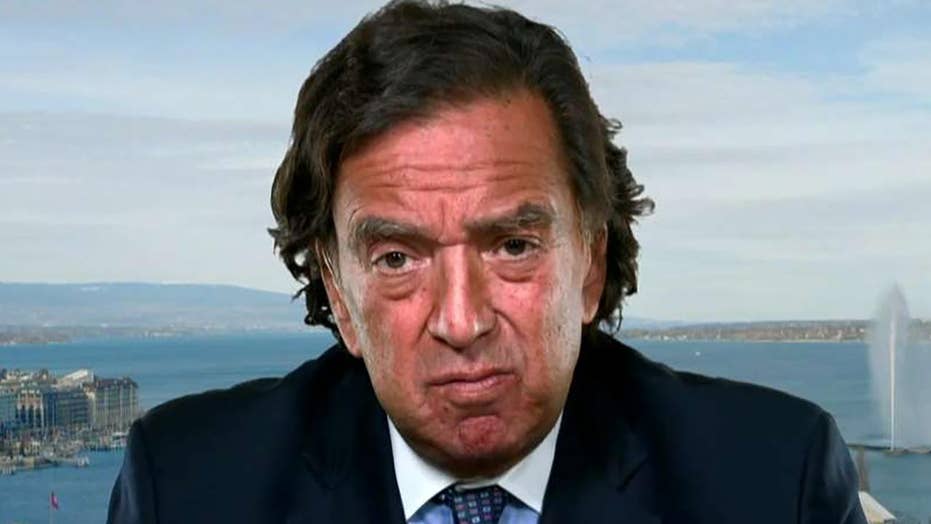 Gov. Bill Richardson worries Kim Jong Un is 'laughing all the way to the bank'

Historic summits between President Trump and Kim Jong Un have lowered tensions between the U.S. and North Korea but have yet to produce denuclearization, notes Gov. Bill Richardson, former U.S. ambassador to the United Nations.

A former U.N. ambassador said he fears President Trump is rewarding Kim Jong Un, despite the fact he has "done nothing on denuclearization."

During an appearance on "America's Newsroom" Monday, Governor Bill Richardson told Bill Hemmer: "my worry is that we are legitimizing Kim Jong Un."

“We’ve given [Kim] three freebies in summits and he’s done nothing on denuclearization,” Richardson said.

“He has 60 nuclear weapons. He has missiles. And, he’s probably laughing all the way to the bank. Now, the president did get a political win here. You know, you’ve got to give him a day for showmanship. 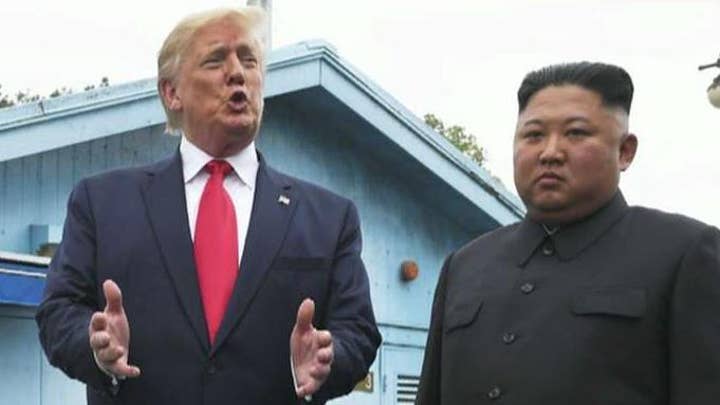 "But, I think the next step is important. Can we reach a compromise where we back off of saying no sanctions relief and North Korea does something significant on denuclearization and missiles?”

The comments came after Trump made history on Sunday by becoming the first United States sitting president to step foot in North Korea.

This historic moment took place after the president fired off a tweet to North Korean Dictator Chairman Kim Jong Un, saying he would “meet him at the Border/DMZ (De-Militarized Zone) just to shake his hand and say Hello(?)!”

The president was in South Korea with President Moon Jae-in during the G-20 Summit this weekend. He had long planned a visit to the DMZ; a scheduled trip was canceled by fog in 2017. 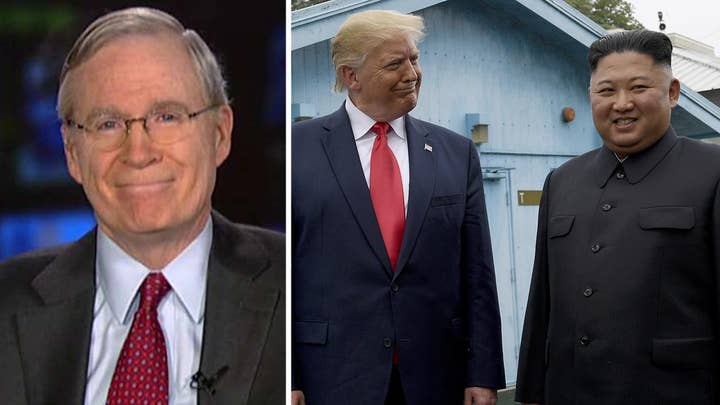 According to the president, North Korea quickly responded and expressed interest in the invitation. U.S. and North Korean officials spent much of Saturday evening and early Sunday trying to leap over logistical hurdles.

“I never expected to meet you at this place,” Kim said as they shook hands across the concrete slab marking the Military Demarcation Line between North and South.

The president spent about 80 minutes with Kim during his three-hour stop at the DMZ. After the photo-op, the leaders then moved to the Freedom House on the southern side of Panmunjom, where they made brief remarks to reporters and then met for approximately 50 minutes.

On Monday, North Korean state-run media reported that the two leaders agreed to push forward dialogue for making a new breakthrough in the denuclearization of the Korean peninsula. They called the impromptu meeting an "amazing event." 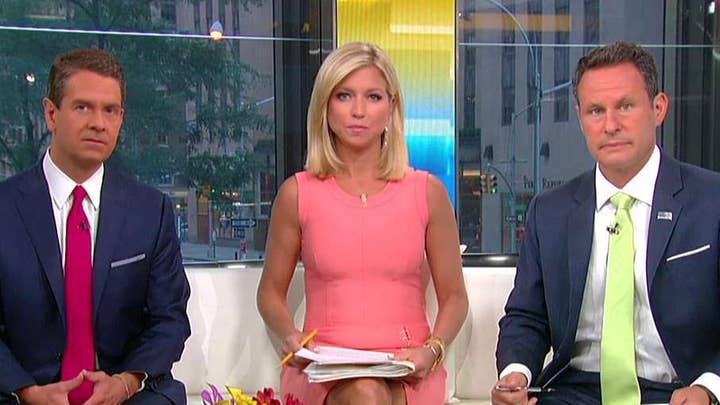 “The top leaders of the two countries agreed to keep in close touch in the future, too, and resume and push forward productive dialogues for making a new breakthrough in the denuclearization of the Korean peninsula and in the bilateral relations,” KCNA news agency said.

During the bilateral news conference with Kim, the president told reporters: “I really think that if you go back two-and-a-half years and you look at what was going on prior to my becoming president it was a very, very, bad situation a very dangerous situation for South Korea, for North Korea, for the world…And, I think the relationship that we've developed has been so much to so many people.”

On "America's Newsroom," Richardson told Hemmer he hopes Trump can make more progress with the North Korean leader, but urged America still needs to keep an eye on the country.

“I’m an American,” Richardson said. “I want to see progress. I’ve worked on this issue for many years. Negotiating from the bottom to the top hasn’t worked. Now, we haven’t gotten any deal with North Korea now except the lessening of tensions.

“So, you’ve got to watch them; you can’t just give them what they want, and they’ve gotten three summits right now."