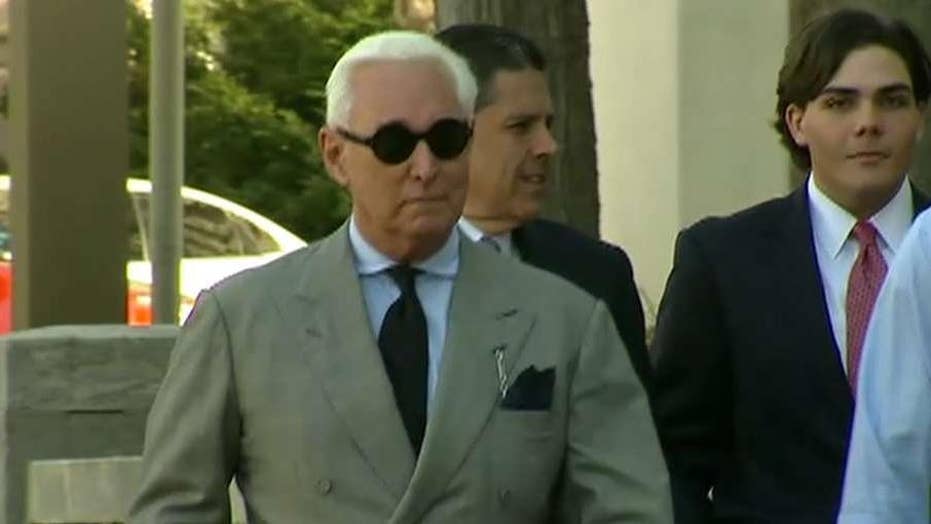 Andrew Miller’s attorney confirmed to Fox News Wednesday that he is scheduled to appear Friday before the grand jury in Washington at 9:30 a.m. ET.

Miller had fought a subpoena to testify but his agreeing to testify comes after an appeals court rejected his questioning of the constitutionality of Mueller’s appointment as special counsel. The arrangement was first reported by CNN.

Stone was charged this year with obstruction, making false statements and witness tampering as part of Mueller's wide-ranging Russia collusion probe. and Mueller sought to question Miller. But Miller argued that Mueller was  a “principal” officer requiring Senate confirmation rather than an “inferior officer” as defined by the Constitution’s Appointment Clause.

Mueller had been appointed special counsel in 2017 by Deputy Attorney General Rod Rosenstein, who had oversight over the investigation into Russian interference in the 2016 U.S. election. Miller’s lawyers said they planned to ask the Supreme Court to weigh in on the question after a federal court ruled against Miller, upholding a civil contempt citation against him for refusal to testify last June before the grand jury empaneled by Mueller.

Miller’s attorney also argued that prosecuted no longer needed Miller’s testimony. However, The Associated Press reported that a U.S. district judge sided with Mueller’s office’s prosecutors on Wednesday and upheld the subpoena.

Mueller filed his report in March and formally resigned from his role as special counsel on Wednesday. But the investigation into Stone has continued, and has been given to the U.S. Attorney’s Office in the District of Columbia.