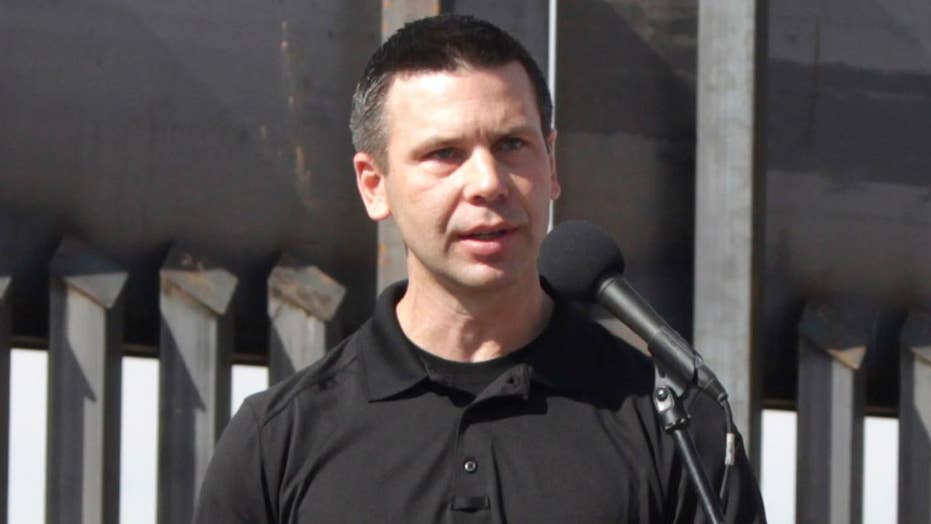 Who is Kevin McAleenan, the new acting Homeland Security secretary?

Amid Kirstjen Nielsen's resignation as Homeland Security secretary on Sunday, the department's commissioner, Kevin McAleenan, has stepped in as acting director, and Obama-era border patrol chief Mark Morgan says McAleenan is the right man for the job.

Calling McAleenan "extremely intelligent," Morgan explained that the new acting secretary comes to the Homeland Security position with more than a decade of experience working specifically in the border security domain.

"He's seen this and been there every day, working hard, since 2014 -- from the start to where we're at now," Morgan said during an appearance on "Fox & Friends" on Monday morning.

The decision to make McAleenan the acting secretary is somewhat controversial, as it supercedes Deputy Secretary Claire Grady, who should be next in line for the role after Nielsen departs. Nielsen said she will stay on through April 10 to assist in the transition, but there are some issues that need to be ironed out in order for McAleenan to formally take the role.

The DHS has come under fire over the last two years first over the initial choice of Nielsen as Secretary, given that her background was in cybersecurity, and in recent months, for practices involving separating children from their families at the border (AP Photo/Jacquelyn Martin)

Morgan continued by discussing that a high-level change gives a "jump-start" to the department and signals a new direction. DHS has come under fire over the past two years first over the initial choice of Nielsen as secretary, given that her background was in cybersecurity and, in recent months, for practices involving separating children from their families at the border.

The combination of the 1997 Flores argeement and the TVPRA comprises the government's "catch-and-release" policy -- barring DHS from keeping children in custody and away from their families for more than 20 days. The TVPRA rules that unaccompanied minors from Mexico or Canada are sent back to their home countries, but if they are from Central America, they remain in the United States, Morgan said.

Morgan agreed with host Brian Kilmeade, however, that the issue of family separation was brought about by a contradiction of policies taken on by former Attorney General Jeff Sessions, in which he maintained that parents here illegally had to be sent back to their native countries, but kids would stay, often in a shelter.

"Congress has to fix those laws," Morgan said.