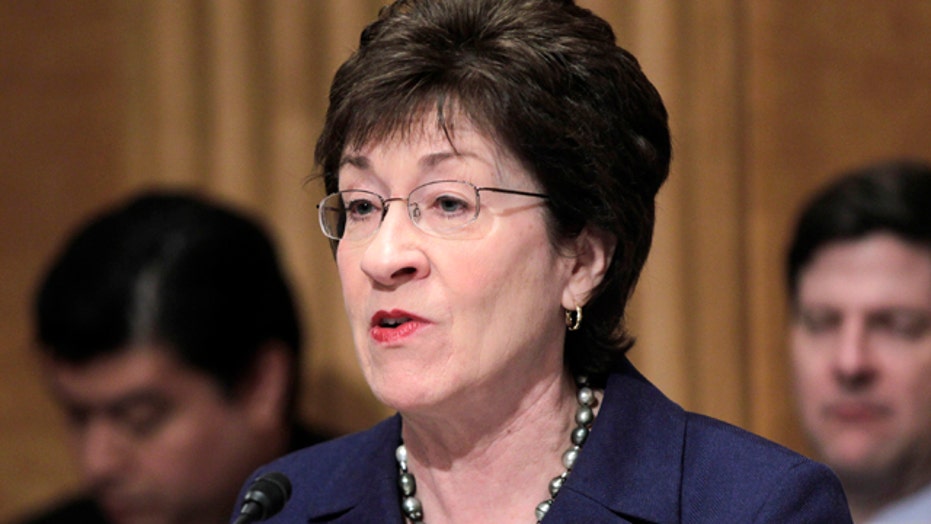 The Department of Homeland Security disputed a senator's claim Tuesday that Secret Service agents and members of the U.S. military brought as many as 21 women back to their hotel during their assignment to Colombia last week.

Sen. Susan Collins, R-Maine, the top Republican on the Senate homeland security committee, cited that detail after she was briefed for a half-hour Monday night by Secret Service Director Mark Sullivan. Collins said she learned that U.S. Marines, as well as the 11 Secret Service agents now on administrative leave, were allegedly involved in the prostitution scandal.

Homeland Security suggested that the reference to the number of women was based on a misunderstanding, though officials didn't specify how many women actually were involved.

Collin's office, however, stood by the senator's statements, saying she was citing Sullivan's numbers. "There was not a misunderstanding or mishearing," spokeswoman Elizabeth Anderson said, adding that if officials need to correct their information, they can do so.

There are, in fact, 21 U.S. personnel -- the 11 Secret Service agents and 10 military servicemembers -- suspected in the prostitution scandal, which came to light late last week during preparations for President Obama's trip to Colombia.

All are accused of having women in their rooms -- U.S. officials had gone door-to-door to see where the women were staying.

Obama had traveled to Colombia for a series of meetings that were supposed to focus on trade and other pressing issues between the U.S. and its Latin American ally, but the scandal overshadowed those issues.

Collins said Sullivan is "rightly appalled by the agents' actions and is pursuing a vigorous internal investigation."

The senator also questioned whether the incident indicates "a problem with the culture of the Secret Service" and whether the men could have been compromised by their alleged behavior.

"Who were these women? Could they have been members of groups hostile to the United States? Could they have planted bugs, disabled weapons, or in any others jeopardized security of the president or our country?" she said, referring to questions she raised with Sullivan.

The Secret Service has already revoked the security clearances for the 11 agents accused of misconduct.

The military also may be broadening its internal probe into servicemembers. The Pentagon initially said five U.S. military servicemembers might have been engaged in misconduct, but that number has grown.

Obama said Sunday he would be "angry" if the allegations turn out to be true. Defense officials said Monday they, too, were "embarrassed" by the role of military personnel.

"I can speak for myself and ... my fellow chiefs, we're embarrassed by what occurred in Colombia," Army Gen. Martin Dempsey, chairman of the Joint Chiefs of Staff, said at a news conference. "Several of our members distracted the issue from what was a very important regional engagement for our president."

"We let the boss down," Dempsey said.