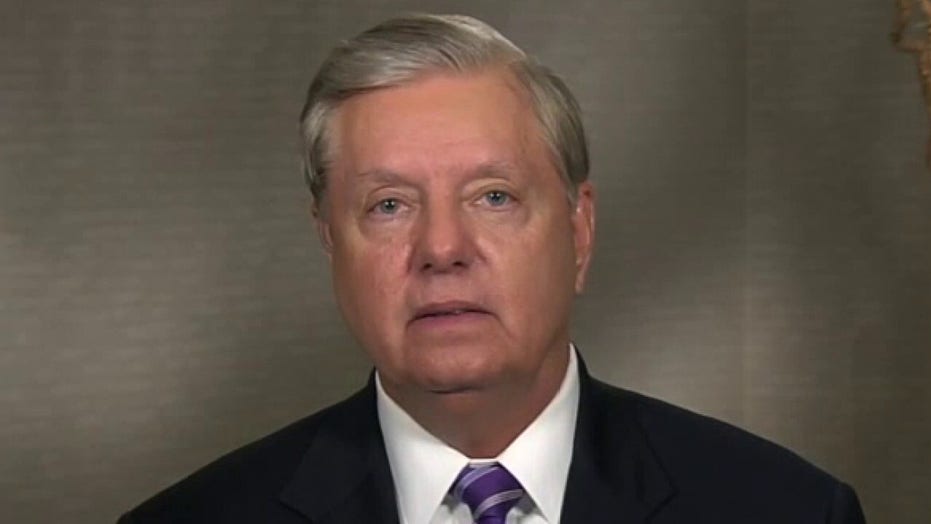 Sen. Lindsey Graham says the FBI misled the Senate Intel Committee about the Steele dossier in 2018

The primary "source" of the anti-Trump dossier authored by ex-British intelligence agent Christopher Steele was the subject of an FBI counterintelligence investigation from 2009 to 2011 for suspected contact with Russian intelligence officers, Fox News has learned.

Attorney General Bill Barr penned a letter to Senate Judiciary Committee Chairman Lindsey Graham, R-S.C., on Thursday responding to requests as part of the panel's review into the origins of the Russia probe.

"In connection with your Committee's investigation of these matters and ongoing hearings, you have been asking us to accelerate this process and to provide any additional information relating to the reliability of the work of Christopher Steele and the so-called 'Steele dossier,' as long as its release would not compromise U.S. Attorney John Durham's ongoing criminal investigation," Barr wrote.

Barr added that at his request, the FBI has prepared a declassified summary of certain information from the counterintelligence investigation into the source, which he has shared with the committee.

"I have consulted with Mr. Durham, who originally brought this information to my attention in the course of his investigation, and he has informed me that the disclosure of the information will not interfere with his criminal investigation," Barr wrote, adding that he alerted Director of National Inteligence John Ratcliffe to "certain classified information in possession of the intelligence community" which "bears upon the FBI's knowledge of the reliability of the dossier."

"Mr. Durham confirms that the disclosure of that information would not interfere with his investigaiton, and the Department otherwise defers to the DNI concerning the handling of this information," Barr said.

Durham was appointed by Attorney General Barr last year to investigate the origins of the FBI’s Russia probe shortly after Special Counsel Robert Mueller completed his years-long investigation into whether the campaign colluded with the Russians to influence the 2016 presidential election.

Meanwhile, Fox News reported in July that the primary source of Steele’s election reporting was not a current or former Russian official, but a non-Russian based contract employee of Steele’s firm. Fox News also reported in July that the information the source provided Steele that served as the basis of the dossier was “second and third-hand information and rumors at best.”

The committee earlier this summer released a declassified summary of a three-day interview with the source.

The source, according to the committee, told the FBI in interviews in January and March of 2017 that the information contained in the anti-Trump dossier was unreliable.

The document revealed that the dossier was “unsubstantiated and unreliable,” according to sources who reviewed it, and showed that the FBI was on notice of the dossier’s credibility problems, yet continued to seek further FISA warrants renewals for Page.

The document also revealed that Steele’s primary sub-source “disagreed with and was surprised by” how information he gave Steele was then conveyed by Steele in the dossier. 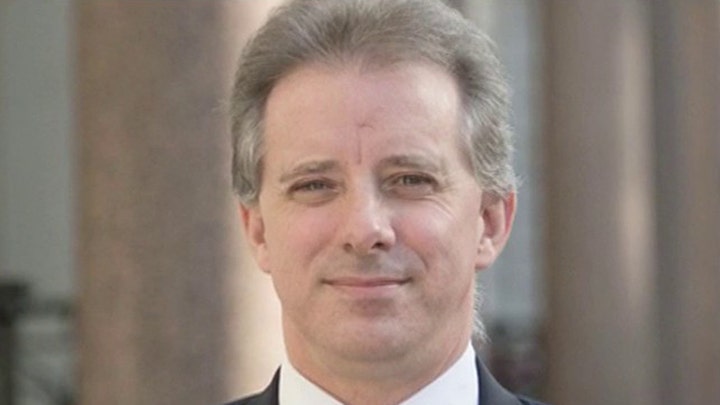 Justice Department Inspector General Michael Horowitz revealed last year in its review of alleged abuses of the FISA system that there were at least 17 "significant inaccuracies and omissions" in the Page FISA applications. Horowitz also found that the applications also omitted information regarding the reliability of one of Steele's key “sub-sources.”

Horowitz added in his report that the key Steele “sub-source” raised questions about the reliability of Steele’s reporting, which was omitted.

Horowitz said that the FBI “failed to notify” the Office of Investigations, which was working on the Page FISA applications, “of potentially serious problems identified with Steele’s election reporting that arose as early as January 2017.”

In addition to the lack of corroboration of allegations contained in the dossier, Horowitz found that the FBI’s interviews of Steele and his sub-sources “revealed potentially serious problems with Steele’s description of information in his election reports.”

Meanwhile, last month, Ratcliffe transmitted a declassified footnote of the 2017 Intelligence Community Assessment (ICA) on Russian election interference to Capitol Hill, which noted that Steele had only “limited corroboration” and that he used “identified and unidentified sub-sources” which volunteered “highly politically sensitive information from the summer to the fall of 2016 on Russian influence efforts aimed at the presidential election.”

“We have only limited corroboration of the source’s reporting in this case and did not use it to reach the analytic conclusions of the CIA/FBI/NSA assessment,” the declassified annex stated.

But the annex noted that Steele's reporting was "not developed by the layered subsource network.”

"The FBI source caveated that, although similar to previously provided reporting in terms of content, the source was unable to vouch for the additional information's sourcing and accuracy," the annex stated. "Hence this information is not included in this product.”

Another footnote, which was previously redacted in its entirety, further raised doubt on the credibility of Steele’s main sources.

"When interviewed by the FBI, the Primary Sub-source stated that he/she did not view his/her contacts as a network of sources, [REDACTED] with whom he/she has conversations about current events and government relations," one of the previously hidden footnotes reads.

Horowitz, though, had asserted that Steele’s primary sub-source “used his/her network of sub-sources to gather information that was then passed to Steele.”