In November 2017, then-Attorney General Jeff Sessions directed Huber, the U.S. attorney for Utah, and other senior prosecutors to evaluate “certain issues” involving the sale of Uranium One, and other dealings related to the Clinton Foundation. Sessions tapped Huber after requests by congressional Republicans, who had been calling for the appointment of a special counsel to review the matters.

Huber was also tasked with reviewing the FBI’s handling of the Clinton email probe, including allegations that the Justice Department and FBI “policies or procedures” were not followed.

It has been unclear, for years, the status of Huber's investigation, but another source told Fox News Thursday that Huber has faced mounting criticism from the Justice Department and White House over his progress.

"There are folks that are aware of the fact that Huber has not done much, and there has been criticism at the Justice Department and the White House," the source said. "Folks that have been concerned about what he did or didn't do, and many of them feel that Huber did not dig deep enough or work hard enough."

The source added that many are "very concerned about why there hadn't been more done."

The New York Times on Thursday first reported that Durham has focused attention on the Clintons, and said that Durham has sought documents and interviews about how federal law enforcement officials handled an investigation into allegations of political corruption at the Clinton Foundation. 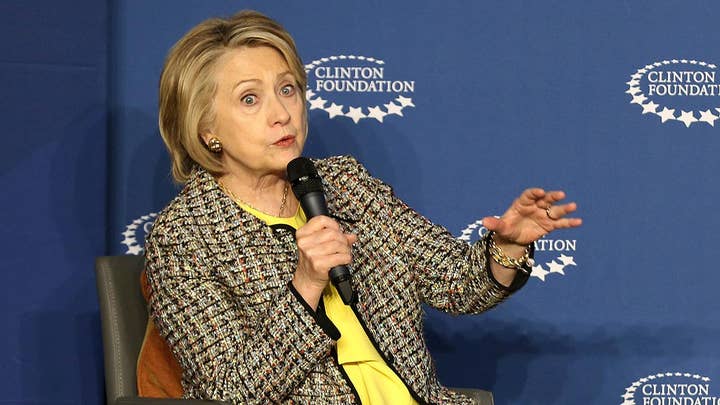 Speculation over the status of Durham's review into the origins of the Russia probe has only intensified amid the resignation of a top aide earlier this month, Norah Dannehy, and comments from congressional Republicans suggesting developments could soon be announced.

Dannehy, a top aide to Durham, resigned Friday, after working closely with the U.S. attorney for Connecticut for years. Durham’s office confirmed her departure but did not elaborate on the backstory.

Earlier this month, Senate Judiciary Committee Chairman Lindsey Graham, R-S.C., hinted that developments in Durham’s investigation were on the horizon. This was after newly released Justice Department records showed numerous phones belonging to members of former Special Counsel Robert Mueller’s team were wiped of information because of forgotten passcodes, irreparable screen damage, loss of the device, intentional deletion or other reasons—all before the Justice Department inspector general’s office could review the devices.

“You think you are mad about the phones being wiped?” Graham said on Fox News' “Hannity” last week. “Stay tuned.”

He added: “We’ll talk in about 10 or 12 days and we’ll see if there is something else you can get mad about.”

Barr, during an interview with NBC News last week, said that there “could be” more charges stemming from Durham's review.

“Yeah, there could be,” Barr said while declining to say whether any such charges would be announced prior to Election Day.

Two sources familiar with Durham’s investigation told Fox News at the time that Durham was working expeditiously to try to finish the probe before Labor Day — which he did not — but that several lines of the investigation had not yet been completed.