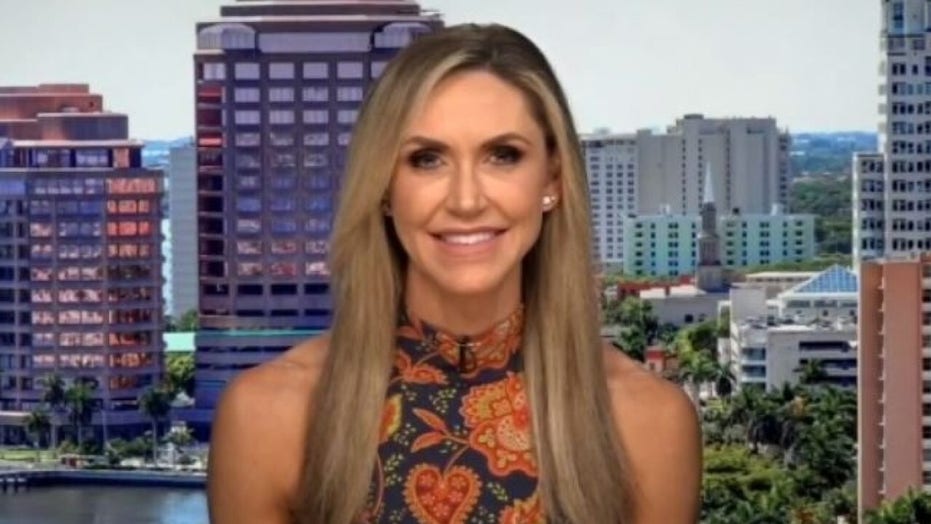 Lara Trump: Where is the outrage from the left on border crisis?

Facebook removed a video of an interview with former President Trump conducted by his daughter-in-law Lara Trump, saying any content "in the voice of Donald Trump" would be scrubbed from the social media platform.

Facebook permanently banned the former president from their platform in January after the Capitol riot.

On Tuesday, Lara Trump, a Fox News contributor, posted an image on Instagram of her sitting across from her father-in-law, urging followers to "Join us tonight!"

A group of Trump officials were sent an email from a Facebook employee, warning that any content posted on Facebook and Instagram "in the voice of President Trump is not currently allowed on our platforms (including new posts with President Trump speaking)" and warned that it "will be removed if posted, resulting in additional limitations on accounts that posted it."

TRUMP RETURNING TO SOCIAL MEDIA WITH PLATFORM OF HIS OWN, ADVISER SAYS

"This guidance applies to all campaign accounts and Pages, including Team Trump, other campaign messaging vehicles on our platforms, and former surrogates," the email, posted on Instagram by Trump's son, Eric Trump, stated.

The interview was eventually posted to Lara Trump's Facebook page, but was later taken down.

"Hi folks," a Facebook employee wrote in an email to her with the subject line "Content Removal."

"We are reaching out to let you know that we removed content from Lara Trump's Facebook Page that featured President Trump speaking," the Facebook employee wrote. "In line with the block we placed on Donald Trump's Facebook and Instagram accounts, further content posted in the voice of Donald Trump will be removed and result in additional limitations on the accounts."

A source familiar confirmed the authenticity of the messages to Fox News.

Facebook moved to block Trump "indefinitely" after the Jan. 6 riot in the U.S. Capitol, with CEO Mark Zuckerberg saying that they "believe the risks of allowing the President to continue to use our service during this period are simply too great."

But Trump senior adviser Jason Miller earlier this month said Trump would be back.

"I do think that we're going to see President Trump returning to social media in probably about two or three months here, with his own platform," Miller told Fox News' "#MediaBuzz earlier this month. "And this is something that I think will be the hottest ticket in social media, it's going to completely redefine the game, and everybody is going to be waiting and watching to see what exactly President Trump does."

Miller said he was unable to provide details, but he did reveal that Trump had been having "high-powered meetings" at Mar-a-Lago with various teams regarding the venture, and that "numerous companies" had approached the former president.

"This new platform is going to be big," Miller said, predicting that Trump will draw "tens of millions of people."