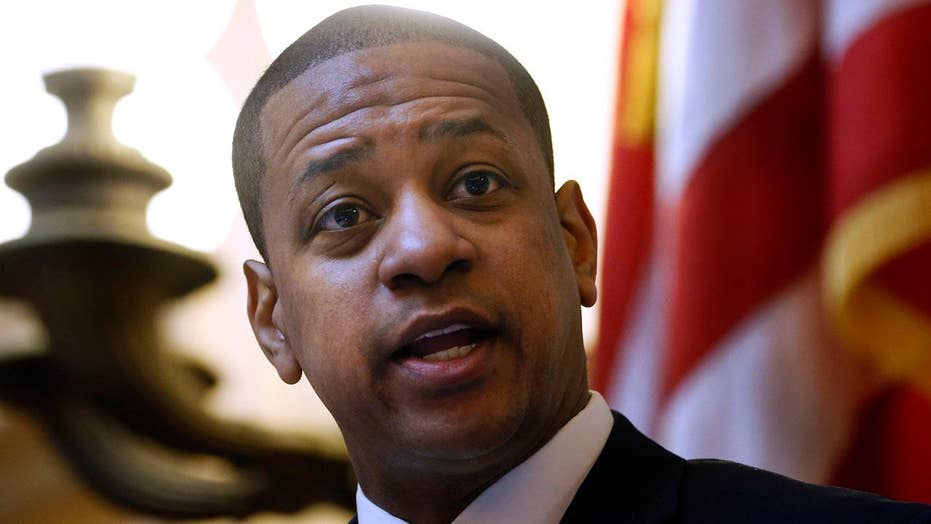 Newly revealed Facebook messages show that the second woman accusing Virginia Lt. Gov. Justin Fairfax of sexual assault was making those allegations in private during the state's 2017 election, as she weighed whether to come forward.

Facebook messages dating as far back as March 2017, and obtained by Fox News on Tuesday, show Meredith Watson commenting on Fairfax’s candidacy and telling contacts about the alleged rape.

Fairfax, a Democrat, has adamantly denied Watson’s claims, but the firm representing Watson had said over the weekend she has "documentary evidence" showing she discussed the alleged attack with others.

A message from March 19, 2017 read: “This is absolutely disgusting! This dude raped me,” with a link to an article about Fairfax in the Richmond Times-Dispatch.

The unknown contact responded: “Was it reported?” and “Is there something that could be said,” followed by a message asking if she would “even want to say something.”

Watson replied that she “didn’t report it after how the university responded,” when she reportedly complained about an earlier alleged rape by former NBA player Corey Maggette while they were students at Duke University 20 years ago.

Maggette, 39, played for the NBA until 2013 and currently works as a television analyst for Fox Sports. He attended Duke for one year in 1998. In a statement to The New York Times on Monday evening, Maggette denied the allegations. A spokesman for Fox Sports West said they are looking into the matter.

A spokesperson for Duke University responded to Watson’s claims that she was discouraged from reporting her claim.

“We are in the process of gathering information to determine what policies and procedures were in place during the time period in which these events are alleged to have occurred, and whether they were activated and followed,” Michael Schoenfeld, vice president for public affairs and government relations for Duke University, said in a statement Monday. “We are not able to provide further information or comment on any individual at this time.”

Stanton Jones, a childhood friend of Watson's, told Fox News that in the summer of 2001, Watson told him she had been raped twice at Duke. Jones, a partner at the Washington law firm Arnold & Porter, said he had not had much contact with Watson over the last decade but thought it appropriate to step forward.

Meanwhile, more messages indicate that Watson was conflicted over whether to come forward with the Fairfax allegations back in 2017.

“[Of] course I want to say something. He shouldn’t be running for office. I just don’t know what I can do,” she wrote to an unknown contact, who encouraged her to report the claims anonymously.

“Nothing is anonymous anymore…besides anonymous accusations carry no weight,” she replied.

The person replied: “It will start a conversation that could shed light on the situation.”

Watson said: “Maybe. But let’s face it, rape accusations barely carry any weight when they aren’t anonymous. It’s probably worth a shot though.”

Months later, on Election Day, Nov. 7, 2017, the messages show Watson writing to a contact about their support for Fairfax.

“I see you’ve been promoting Justin Fairfax on FB despite knowing he raped me, which is mind-blowing to me. Are you seriously voting for him today? #METOO,” she wrote.

Fox News has not independently confirmed the authenticity of the messages, which were shared by a spokesman for Watson.

Watson first went public with her accusations against Fairfax last Friday, claiming she was raped by him in 2000 “while they were both students at Duke University,” according to a statement from the firm Smith Mullin P.C.

“Mr. Fairfax’s attack was premeditated and aggressive,” the statement said. “The two were friends but never dated or had any romantic relationship.

“Ms. Watson shared her account of the rape with friends in a series of emails and Facebook messages that are now in our possession. Additionally, we have statements from former classmates corroborating that Ms. Watson immediately told friends that Mr. Fairfax had raped her.”

Nancy Erica Smith, Watson’s attorney, also said that when she was allegedly raped by the basketball player, Fairfax was among those she told.

“Mr. Fairfax then used this prior assault against Ms. Watson, as he explained to her during the only encounter she had with him after the rape. She left a campus party when he arrived, and he followed her out. She turned and asked: ‘Why did you do it?’ Mr. Fairfax answered: ‘I knew that because of what happened to you last year, you’d be too afraid to say anything.’”

“Mr. Fairfax actually used the prior rape of his ‘friend’ against her when he chose to rape her in a premeditated way,” the statement read.

The Facebook messages from March 2017 offer a similar account, with Watson saying: “[He] told me he did it on purpose bcuz of what Corey did and bcuz he knew I’d be too scared to do anything about.”

Fairfax on Friday denied the allegations, calling them “demonstrably false.”

“I have never forced myself on anyone ever,” Fairfax said in a statement Friday night. “I demand a full investigation into these unsubstantiated and false allegations. Such an investigation will confirm my account because I am telling the truth.”

Fairfax said the allegation was part of a “vicious and coordinated smear campaign” orchestrated against him. He also pledged not to resign.

Fairfax is also facing allegations from California college professor Dr. Vanessa C. Tyson, who accused Fairfax of forcing her to perform oral sex in a hotel room in 2004 during the Democratic National Convention in Boston. Fairfax called that allegation a political smear.

Over the weekend, Tyson said she would be willing to testify against Fairfax in potential impeachment proceedings.

The allegations against Fairfax come amid a political firestorm in Virginia that has intensified by the day.

Earlier this month, photos of Democratic Gov. Ralph Northam surfaced from his medical school yearbook, showing someone in blackface next to someone wearing a Ku Klux Klan costume. Democrats and Republicans alike have called for Northam’s resignation, but the governor, at this point, has refused and now claims he was not in that photo.

“This was a onetime occurrence and I accept full responsibility for my conduct,” Herring said in a statement. 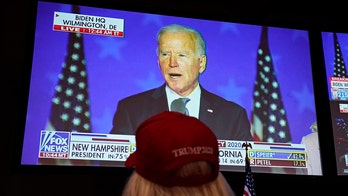