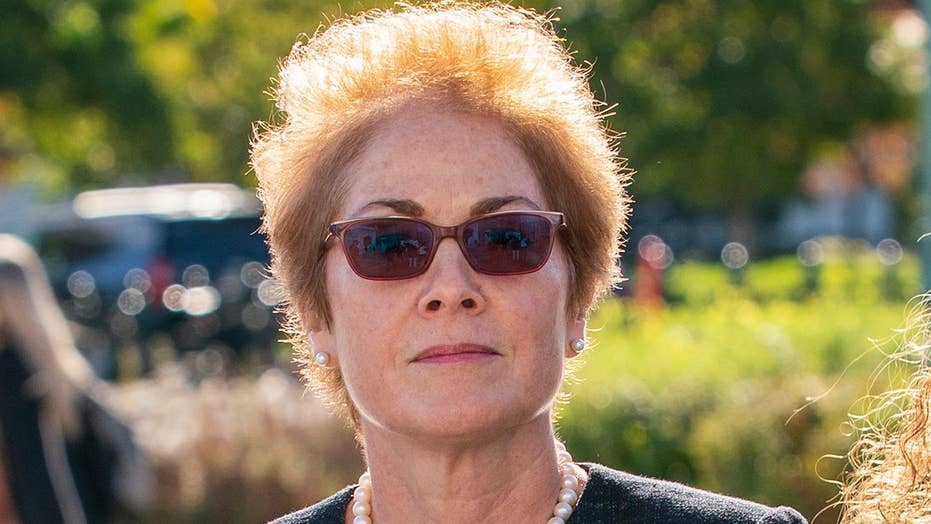 Marie Yovanovitch, the former U.S. ambassador to Ukraine, told lawmakers behind closed doors Friday that she was recalled earlier this year after “unfounded and false claims” against her, as well as continued pressure from President Trump on the State Department to remove her -- as she denied being “disloyal” to the president.

“Although I understand that I served at the pleasure of the President, I was nevertheless incredulous that the U.S. government chose to remove an ambassador based, as best as I can tell, on unfounded and false claims by people with clearly questionable motives,” she said in a scathing account of the way she was removed from her post.

Yovanovitch, who was recalled in May, spoke as part of House Democrats’ impeachment inquiry into Trump’s July 25 phone call between Trump and Ukrainian President Volodymyr Zelensky -- in which Trump asked the premier to “look into” the allegations about former Vice President Joe Biden’s conduct in the country.

Trump, and his top attorney Rudy Giuliani, have focused on Biden’s pressuring of Ukraine to fire in 2016 a top prosecutor who had been looking into Ukrainian gas company Burisma Holdings, on whose board Biden’s son Hunter sat.

The content of that call, revealed in a whistleblower complaint and a transcript also released by the White House, has led Democrats to launch an impeachment inquiry into the president’s conduct.

In that call, Trump described Yovanovitch as “bad news.” Trump attorney Rudy Giuliani and other critics have accused her of working to undermine Trump’s interests in the region. But in her prepared remarks, obtained by Fox News, she denied asking any Ukrainian official to refrain from investigating corruption, and said it was “fictitious” that she was disloyal to the president.

“I have heard the allegation in the media that I supposedly told the Embassy team to ignore the President’s orders ‘since he was going to be impeached.’ That allegation is false. I have never said such a thing, to my Embassy colleagues or to anyone else,” she said.

She also denies that the Obama administration asked her to harm the Trump campaign, or to help Hillary Clinton’s campaign, and said that she has never met Hunter Biden.

“And although I have met former Vice President Joe Biden several times over the course of our many years in government, neither he nor the previous Administration ever, directly or indirectly, raised the issue of either Burisma or Hunter Biden with me,” she said.

As for Giuliani, she said she was in contact with him three times as she can recall, none related to the controversy at hand -- and said that she did not know Giuliani’s motives for going after her.

“But individuals who may have been named in the press as contacts of Mr. Giuliani may well have believed that their personal financial ambitions were stymied by our anti-corruption policy in Ukraine,” she said. 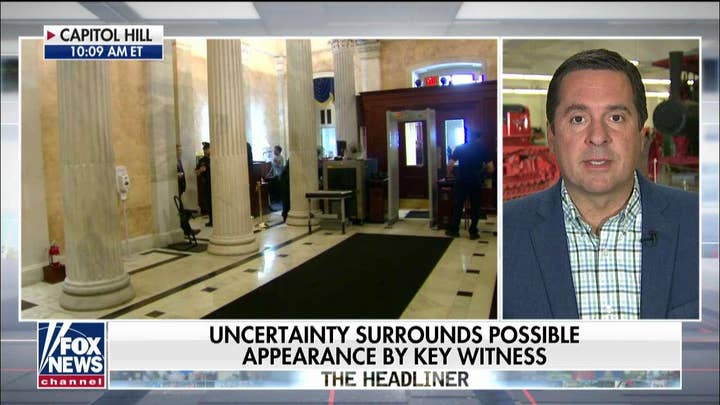 That remark appeared to refer to the two associates of Giuliani who have been linked to his investigations in Ukraine, and who were indicted for campaign finance violations after being stopped at Dulles International Airport in Virginia on Wednesday.

Yovanovitch told lawmakers that she was told in April, just a month after her tour was extended a month before, to return “on the next plane.” She then recalled a conversation with Deputy Secretary of State John Sullivan, who she says told her Trump had lost confidence in her after a “concerted campaign” and that he had been pressuring the department to remove her since the summer of 2018.

In her remarks, she said that the State Department had been attacked and hollowed out, and she predicted harm to the nation’s interests.

Her statement revealed no new details about the circumstances surrounding Trump’s call with Zelensky about Biden. Trump has said he was investigating corruption, while Democrats have accused him of using U.S. military aid as a quid pro quo for an investigation into a political rival.

On Friday, Democrats also accused the State Department of directing Yovanovitch not to appear before lawmakers.

Yovanovitch is not the only diplomat who will face lawmakers in the coming days. On Friday, E.U. Ambassador Gordon Sondland announced that he would comply with a subpoena and testify next week, despite objections from the State Department.

Fox News' Mike Emanuel, Ronn Blitzer and Gregg Re contributed to this report.