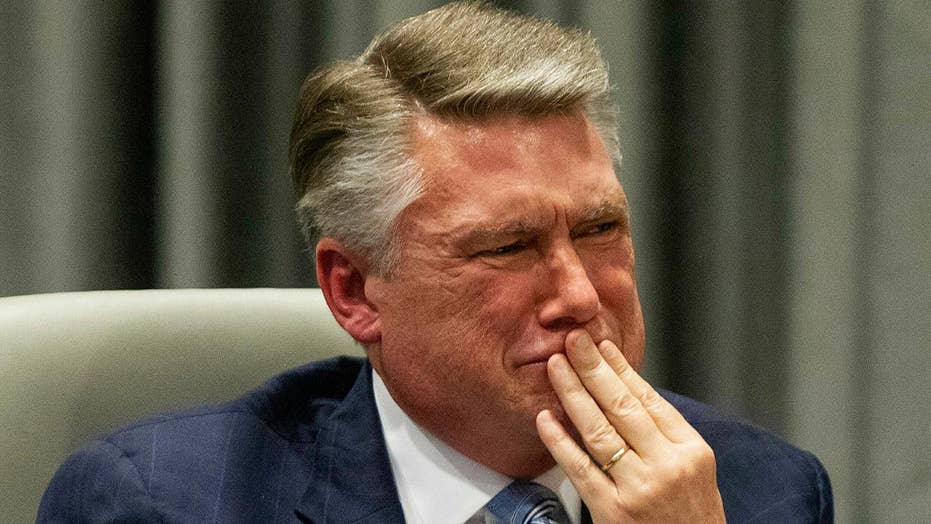 The North Carolina State Board of Election unanimously voted on Thursday for a new election in a contested House race that has been marred by claims of ballot fraud; Trace Gallagher reports.

The North Carolina State Board of Election unanimously voted on Thursday for a new election in a contested House race that has been marred by claims of ballot fraud.

The decsion to call a new election in the state’s 9th congressional district comes after emabttled Republican politician Mark Harris said a new election should be held and after days of testimony in a hearing on ballot-tampering.

“I believe a new election should be called,” Harris said. “It’s become clear to me that public confidence in the 9th District has been undermined to an extent that a new election is warranted.”

During his testimony in an election fraud case, Harris said the new evidence that has come forward about a political operative working for his campaign who had allegedly tampered with mail-in ballots in the November congressional race means that "a new election should be called," The Charlotte Observer reported.

Harris, who outpaced Democrat Dan McCready by 905 votes in the contested race in North Carolina took the stand on Thursday in the fourth day of hearings in the election fraud case. He told those gathered in court that he has suffered two strokes since the election and is “struggling” to get through the hearing.

In his sworn testimony, Harris said that he was assured by political operative – and convicted felon – Leslie McCrae Dowless that campaign workers would never collect absentee ballots, despite concerns from Harris’ son, John, that Dowless was illegally collecting and turning in ballots from voters.

“I shared with him (John Harris) again, based on what I was hearing, that I didn’t sense that,” Harris said, according to the Charlotte Observer.

“McCrae had been so clear I didn’t think it was necessary,” Harris added. “I didn’t go back any further...I did have a comfort level at that point."

State election law prohibits anyone other than a guardian or close family member from handling mail-in ballots. Harris' team said in a legal briefing submitted to the elections board last week the board should certify him the winner -- no matter what Dowless did for the campaign.

Harris’ comments came a day after his son took the stand in emotional testimony that left his father in tears.

"I raised red flags at the time the decision was made to hire Mr. Dowless," John Harris said in his testimony on Wednesday.

"I love my dad, and I love my mom. I certainly have no vendetta against them, no family scores to settle," he said. "I think that they made mistakes in this process and they certainly did things differently than I would have done them."

Harris’ son’s testimony bucked the politician’s previous claims that he had no knowledge of fraudulent election activity. On Thursday, the elder Harris admitted that his son had warned him about his concerns over Dowless.

“My son was a bit prophetic in his statement that day,” Harris said.

At stake in the hearings is the seat for North Carolina’s 9th Congressional District, which includes Charlotte. The State Board of Elections has not certified unofficial results that showed Harris narrowly beating McCready by 905 votes. The state has twice refused to declare Harris the winner, after hearing reports of irregularities just before the election in rural Bladen County, where Dowless lives.

The North Carolina Democratic Party cheered the move to hold another election, saying Harris' campaign "funded and directed an elaborate, illegal scheme to steal an election."

"North Carolina Republicans, following Mark Harris’ lead, repeatedly lied to the people of the Ninth district, silenced their voices, and undermined our entire state’s faith in our democracy," NCDP Chairman Wayne Goodwin said in a statement. "This saga could only have ended in a new election, and we look forward to repairing the harm dealt by Republicans and giving the people of the Ninth district the representative they deserve.”