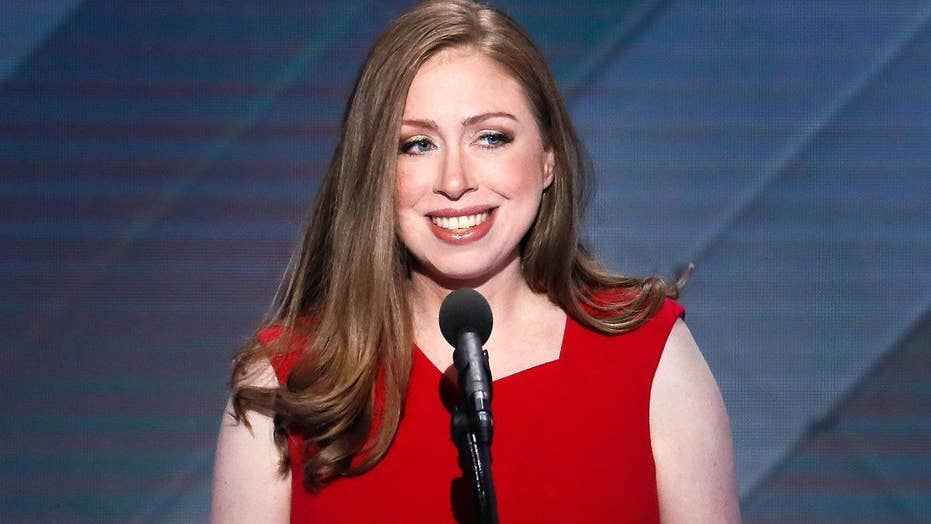 Chelsea Clinton plans to remain on Clinton Foundation board

While the media started asking critical questions about The Clinton Foundation when Hillary Clinton launched her presidential bid last year, newly published emails show Chelsea Clinton was digging deeper into the foundation's dealings as far back as 2011.

In nearly four-dozen emails from October 2011 to February 2012, Chelsea Clinton’s sometimes-abrasive relationship with her father’s top confidant and other key Clinton aides is on full display. The emails are purportedly part of a trove of 50,000 messages stolen from the gmail account of Democratic presidential nominee Hillary Clinton’s campaign chairman, John Podesta.

Podesta was named a special adviser for The Clinton Foundation on Oct. 31, 2011, when Chief Executive Bruce Lindsey fell ill and required a hospital stay. The same day Podesta was appointed to the post, Chelsea Clinton, using the pseudonym Anna James, emailed Podesta with an “urgent” issue.

“This is all coming to a head more quickly than we all had hoped,” she wrote.

Chelsea, writing shortly after her grandmother had died, went on to describe an encounter between Bill Clinton and longtime aide, Doug Band. At the time, Band was a board member with the Clinton Global Initiative, an offshoot of The Clinton Foundation, and was co-founder of global advisory firm Teneo. Bill Clinton also had a financial relationship with Teneo in addition to his Clinton Foundation responsibilities. But with then-Secretary of State Hillary Clinton entering her final year in President Obama’s cabinet, preparations were under way to clear the foundation of any conflicts of interest that could hinder her post-State Department aspirations. A law firm-directed “Governance Review” was under way, too, in an effort to identify best practices and cut down on any possible conflicts.

Evidently, the changes under way did not go over well with Band.

“Doug called and yelled and screamed at my Dad about how could he do this to [senior adviser] Justin [Cooper] and him, he would be nothing without him, etc.,” Chelsea wrote to Podesta on Nov. 1. “My Dad responded that he could not have this conversation with Doug and that he was trying to do the right thing by all. I cannot believe Doug did this on the day my grandmother died. My mother is exhausted, we are all heartbroken but we need a strategy and my father needs advice/counsel.”

Podesta responded that he would speak to Bill Clinton the next morning.

“Don’t want this situation to get to a point of no return and things are said that hurts everyone,” he wrote.

But Podesta’s efforts evidently were for naught. Three days later, Chelsea unloaded on specific issues that had been reported to her.

She claimed an employee witnessed Cooper loading spyware onto two other employees’ computers, and Cooper also was alleged to have read the emails of at least one other co-worker. She further relayed allegations that Band threatened various employees; Band was “hustling” business for Teneo while working at CGI; and Cooper and Hannah Richert, a personal assistant, had taken “significant sums of money from my parents personally.”

“As ever, on some of the above I am sure there are three sides as my grandmother would say – his, hers and the truth,” Chelsea wrote. “On others, it seems more clear. All of it makes me very sad.”

On Nov. 10, Chelsea told Podesta about a private meeting Bill Clinton had with Cooper and Band. During the conversation “Doug apparently kept telling my dad I was trying to push him out, take over.”

Two days later, Band sent a memo apparently addressing some of the issues Chelsea raised to top Hillary Clinton aide Cheryl Mills, who forwarded the message to Podesta. Band wrote the memo needed to get out “asap.”

“Although I’m sure [Chelsea] won’t believe it to be true [because] she doesn’t want to,” he wrote. “I realize it is difficult to confront and reason with her but this could go [too] far and then we all will have a real serious set of other problems.”

Then Band’s growing frustration spilled out.

“I don’t deserve this from her and deserve a tad more respect or at least a direct dialogue for me to explain these things,” he wrote. “She is acting like a spoiled brat kid who has nothing else to do but create issues to justify what she’s doing because she, as she has said, hasn’t found her way and has a lack of focus in her life.”

A little more than a week later, an email went out announcing that Chelsea has been appointed to the CGI board, though that doesn’t seem to decrease tensions.

Following a benign back-and-forth on Nov. 27 to arrange a meeting time, Band emailed Podesta: “This is the 3rd time this week where she has gone to daddy to change a decision or interject herself in the process she says is so important to maintain…”

On Dec. 6, Chelsea emailed Podesta and other foundation leaders with more distressing information, including reports that one employee has called members of the British Parliament “on behalf of President Clinton … without my father’s knowledge and inelegantly and ineffectually at best …” Chelsea also shared misgivings regarding Teneo. Podesta responded to say the situation needed to be resolved quickly.

Clinton severed his financial ties with Teneo on Dec. 17, no longer serving on the group’s advisory board. Band, meanwhile, decided to leave CGI.

“Bill went to Doug and said, ‘You can do CGI or Teneo, but you can’t do both,’” a friend of the Clintons told The New York Post at the time. “Doug chose Teneo.”

But problems between Band and Chelsea persisted even after the split.

Chelsea reportedly “told one of the Bush 43 kids that she is conducting an internal investigation of money within the foundation from CGI to the foundation,” Band wrote in a January email to Podesta. One of the Bush daughters allegedly repeated the information to someone else who then passed it on to a Republican operative.

Then, after repeatedly raising concerns about them to Podesta, Chelsea wrote Band and Cooper on Jan. 27 to report on a conversation she had with a mutual friend, in a generally pleasant exchange. Band forwarded the message to Podesta.

“She sends me one of these types of emails every few days/week,” Band wrote. “As they say, the apple doesn’t fall far. A kiss on the cheek while she is sticking a knife in the back, and front.”