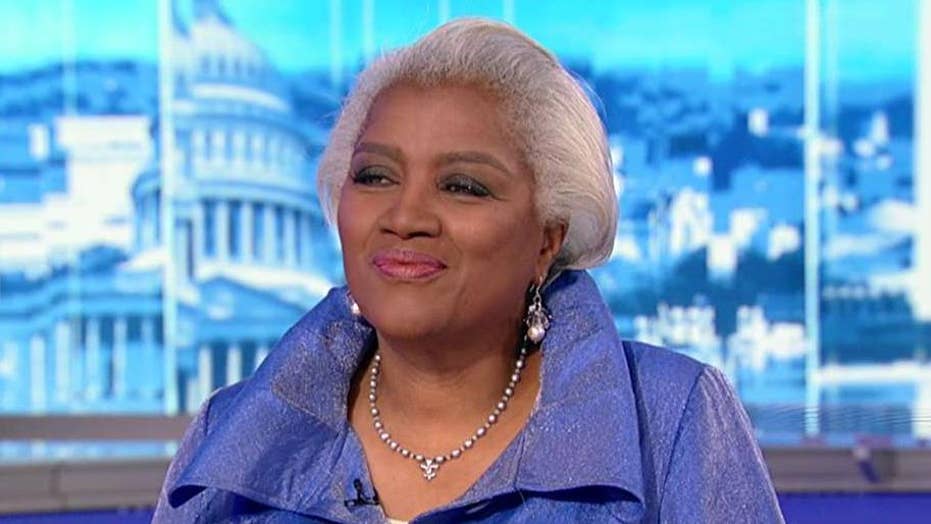 Donna Brazile: The Mueller report should be a wake-up call for Americans

Fox News contributor Donna Brazile defended former President Barack Obama on Friday as he faced criticism for his response to Russian meddling during the 2016 election.

"I think they did everything they could without sounding all of the alarm bells," she said of Obama's administration. The subject came up as Fox News host Dana Perino asked Brazile on "The Daily Briefing" about Special Counsel Robert Mueller's report — something Brazile said should be a "wake-up call" due to its troubling findings about Russian interference.

If Obama did more on Russian meddling, she said, critics would have accused him of trying to help his former Secretary of State, Hillary Clinton, in her race against then-candidate Donald Trump.

"He was in a box," Brazile said of Obama. "Perhaps President Trump is in a box," she added, before calling for action to prevent future meddling. Her comments came as the Obama administration faced renewed scrutiny over spying on the Trump campaign.

Mueller's investigation did not find sufficient evidence to formally accuse Trump's campaign of collusion, although it contained details about activity related to that issue.

During an earlier interview on "Outnumbered," Rep. Eric Swalwell, D-Calif., defended the former president, saying that he shouldn't have to apologize, given Mueller's findings. Mueller's report, he said, "laid out a multiplicity of contacts between the Trump campaign and Russians."

Fox News Chief National Correspondent Ed Henry, who joined Brazile on "The Daily Briefing" panel Friday, indicated that Democrats should give Trump associates credit for not taking Russian "bait." "Where's the credit for the Trump folks who didn't take the bait? I mean, we've heard for two years that they did," he said.

Brazile countered that the Trump campaign "exploited" information from Wikileaks, an organization with suspected ties to Russia, to create a "false narrative."

"Every day, the Trump campaign would get the Wikileaks information; they would blast it. He used it in his daily rallies and daily meetings," Brazile said.

Brazile, who served as interim Democratic National Committee chair during the election, backed away from making any determination about whether her party should pursue impeaching the president.

That question arose after Mueller's report stopped short of accusing Trump of obstructing justice, but highlighted 10 items that were concerning in relation to that issue.

"I think it's premature to talk about what the next step is," she said. "Before we can move into what I call the impeachment gear, perhaps we should just dive into this report," she added.

While congressional Democrats have already pushed for more information regarding the investigation, the party as a whole seemed hesitant about impeachment. House Speaker Nancy Pelosi, D-Calif., has quashed the idea on multiple occasions but newcomers — like Reps. Alexandria Ocasio-Cortez, D-N.Y. and Rashida Tlaib, D-Mich., — have thrown their weight behind impeaching the president. Like Brazile, DNC Chair Tom Perez appeared to sidestep impeachment questions on Thursday and said it was unclear whether or not obstruction occurred.